The current social situation serves as a background for the film where two myths are fusing – the Mozart myth and the Don Juan myth. The classical adventure of the Sevillian seducer penetrates the story of the Director who is trying to come up with a new approach to the famous opera Don Giovanni as a tribute to the Mozart celebrations.

“The contemporary social situation serves as a backdrop to the escapades of the famous seducer. They mingle with the story of the Film Director who attempts a new staging of the renowned opera Don Giovanni on the occasion of celebrating Mozart’s anniversary. The antipole of the Film Director who admires Mozart for his brilliant oeuvre is the Theatre Director who solely views the famous composer as merchandise. Don Gio, the leading part in the film, simultaneously acts the role and represents the embodiment of Don Juan and he is also the one who pays for the entire production. He is possessed by both evil and a passionate and unrestrained desire for freedom. Being mainly fascinated by the dark sides of Mozart’s personality;, he is more interested in the creative process and the ingenious creature than in his immortal work” (after Film Review No. 11, 1992, p. 9). Gio and the Film Director talk about art and their views of truth, good and evil at a press conference for the new staging. The Theatre Director at the same time preaches about business and the immorality of Mozart’s contemporaries to the journalists at the theatre gate. The press conference is violently interrupted by the bursting in of a knight commander. Don Gio, prodded by Leporello, accepts the knight’s offered hand, thus falling prey to Hell in the form of a repugnant cabaret and gambling room. – The film was the first to reflect the condition of Czechoslovak society after 1989. In its form, it is the first consistent manifesto of the Czech mutation of the post-modern tendency in art. 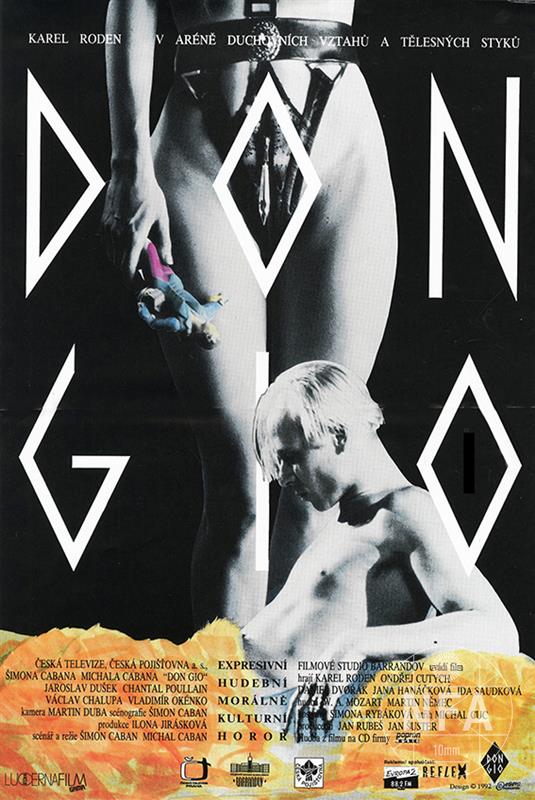