It is autumn of 1944 and the Slovak National Uprising has been suppressed. In a small village beneath the Lower Tatra Mountains, the inhabitants liquidate all traces of the partisans, who have withdrawn to the mountains. Teacher Ondrej Bodnár burns the municipal lists from which the Germans - whose arrival is expected - would immediately learn who had left for the mountains. At night, Bodnár and his young wife Františka discover a wounded Soviet partisan named Oleg in the schoolyard and hides him in the attic. Františka can hardly bear the exaggerated cautiousness of her husband who feels responsible for the whole village and refuses to take any risks. That very night, Bodnár sets off to the gamekeeper's lodge to secure a hideout for the partisan, but, along with the gamekeeper's wife, is arrested by German soldiers who have just occupied the village. German commander Schmolka is a former teacher from Liberec and, upon Františka's entreaty, the two captives are released. He, moreover, invites Bodnár for dinner. Františka begins to despise her husband. Instead, she helps Oleg, who is a hero in her eyes, to lay down a mine near a village barn where the Germans keep their roughly trained dogs, and, in no time, runs away with him to the mountains. The subsequent explosion results in reprisals - if the culprit is not found, twenty hostages will be shot. In the critical situation, Bodnár confesses to the act. Although he is the only one to have an alibi, he insists on his guilt. Františka returns to the village but Schmolka rejects her confession. Františka is left to bitterly mourn over the shot Ondrej. 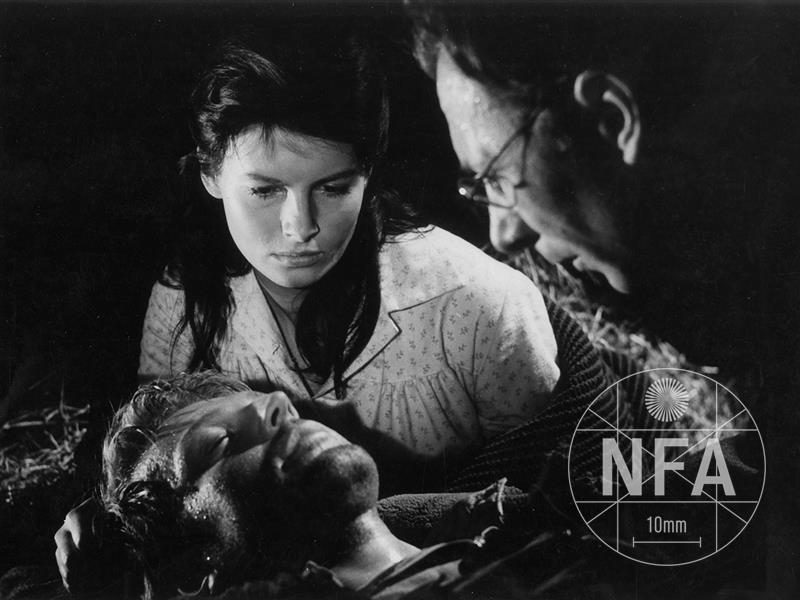