A tragicomedy about a 16-year-old young man who encounters the hypocrisy of the adult world during his first job at a small supermarket. This dazzling debut feature film from noted director Miloš Forman also represents a key work of the Czechoslovak New Wave era. In 1963, the then 31-year-old Forman unveiled this loosely structured personal tale, which also serves as a piercing study of the generation gap. Petr starts working behind the till in a small town supermarket; but his real task is to watch for potential shoplifters. At the same time, Petr is also under pressure from his well-meaning, but imperceptive father. Petr doesn’t even feel at ease among his own contemporaries. The authenticity of this timeless film, shot in the town of Kolín, is aided by several non-actor “discoveries” by Forman – namely Ladislav Jakim as Petr and Jan Vostrčil as a band member. Černý Petr (Black Peter) also sees a breakout performance by the then 21-year-old (but already experienced) actor Vladimír Pucholt, who would become a major performer of choice for the New Wave crowd.

The sixteen-year old apprentice Petr begins his training in a self-service shop. The manager of the shop, the only man among all the women, entrusts the young flabbergasted man with his first task - to move around the shop and catch potential thieves. Petr does his best but the manager reprehends him for being too conspicuous in his white cloak. Petr finds behaviour of an elderly man suspicious, and when he confides this to the cashier, the woman sends him to follow the man. The perplexed youth shadows the man throughout the city for the rest of the shift. Petr does not get on well with his parents - his mother sees only a small boy in him and his father takes pleasure in pontificating to him in long monologues. Petr spends Sunday at a bathing pool with the girl, who accepts his inept courting with a degree of affection. The bricklayer's apprentice Čenda disturbs them and, with the support of his friend Zdeněk, tries to start a fight. The dissention ends with the broken elastic of Zdeněk's trunks. At a dance where they all meet together again, Čenda borrows twenty crowns from Petr, gets drunk and falls asleep. In the shop, Petr spots a woman trying to squeeze a sack of sweets into her bag. But, after the failure of his first efforts, he does not do anything. At home, he confides to his father, but the old man again overwhelms him with lots of clichés. The father calms down only upon finding out that nobody knows about the affair. Čenda comes to them to give back the borrowed sum and the father forces him to display to Petr his work-worn palms. The story ends with the father's unfinished preaching. 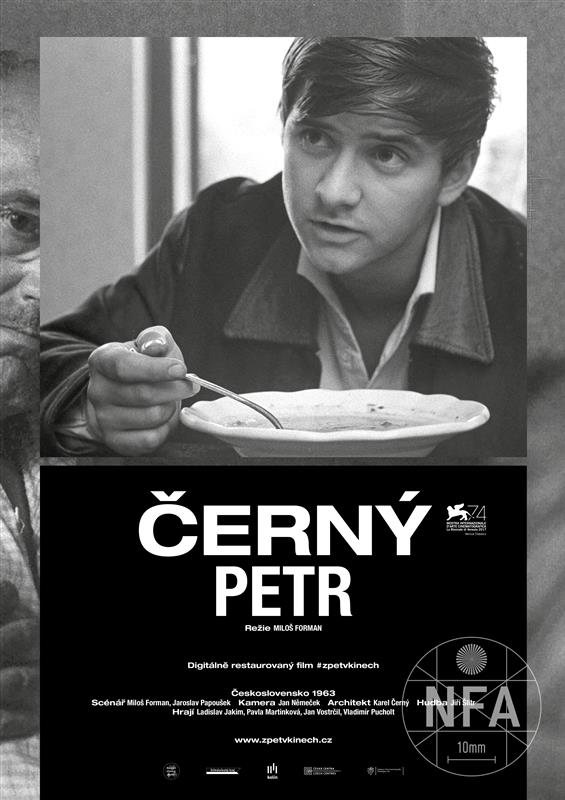 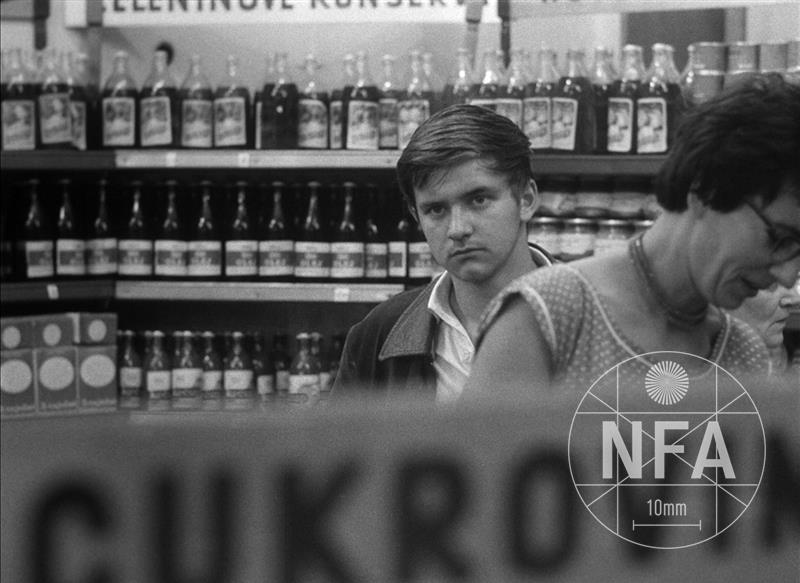 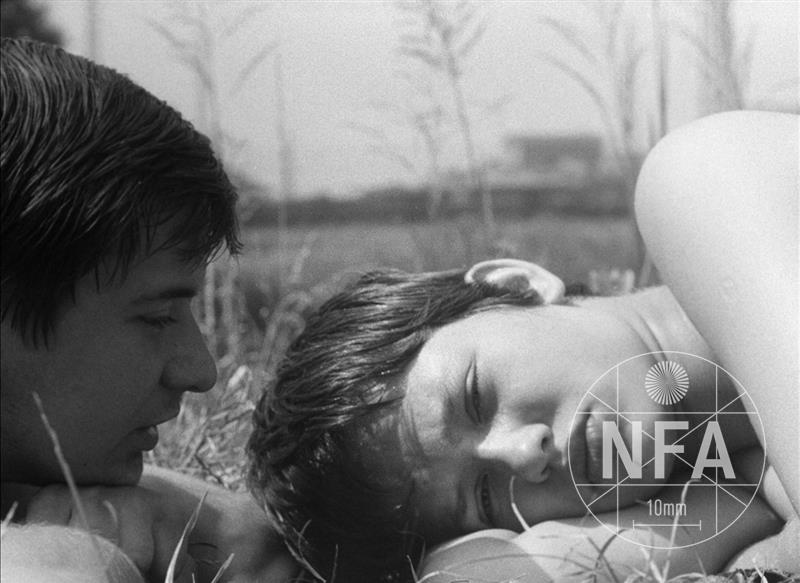 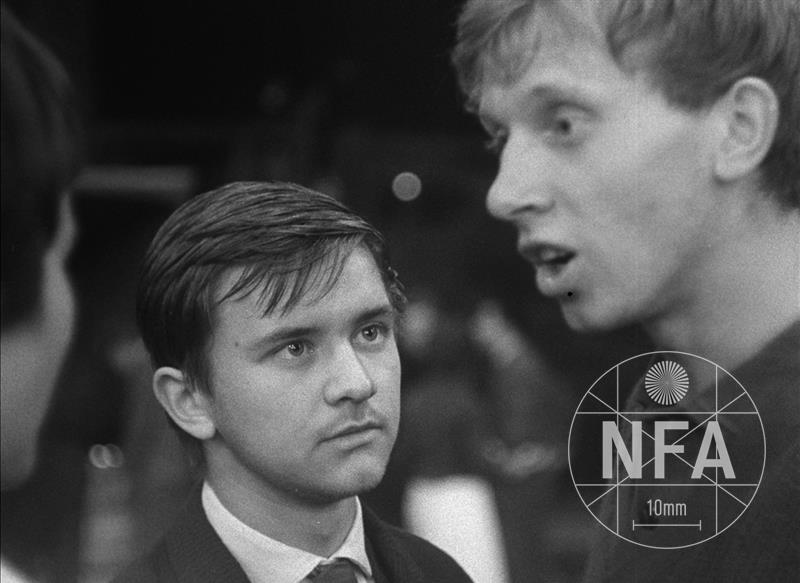 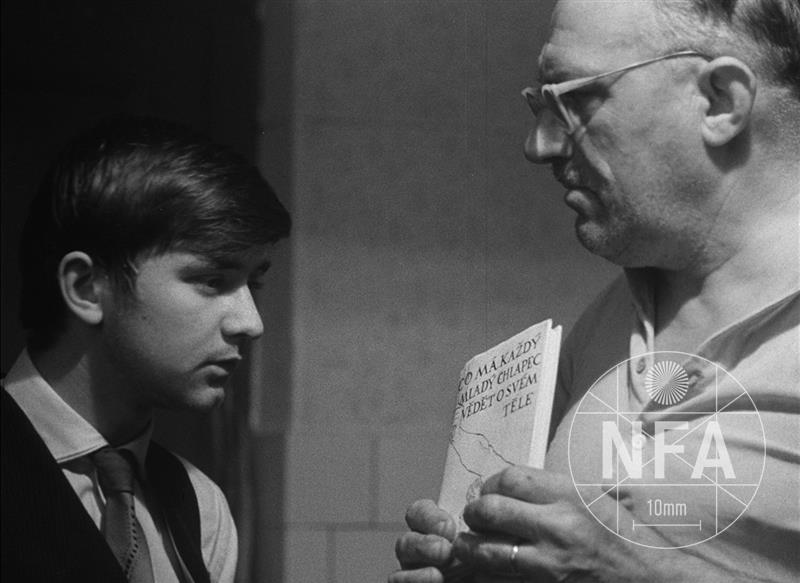 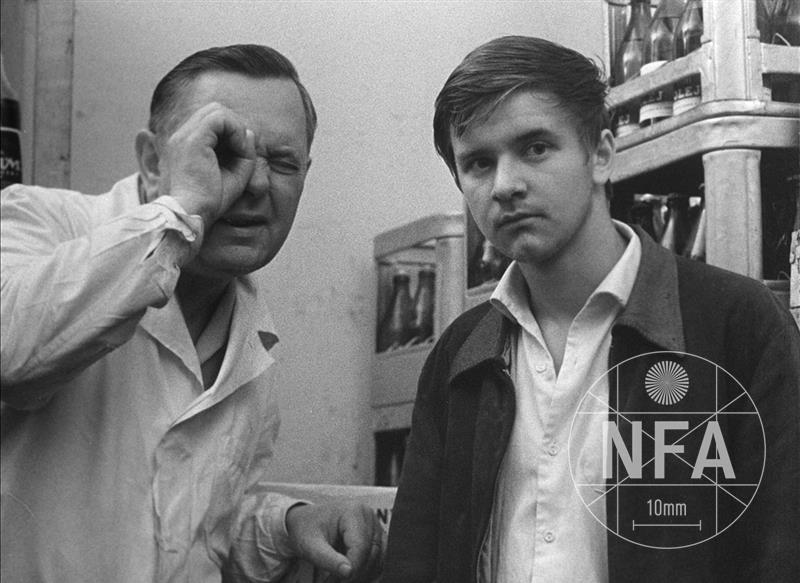