Miloš Forman was one of the most prominent figures of the Czech New Wave of the 1960s and won two Oscars for best director after emigrating to the USA. He was born in 1932 in the small town of Čáslav. Both his parents were arrested by the Nazis and died in concentration camps. After the war, he was educated at a boarding school, where he met the future playwright and the first President of the Czech Republic Václav Havel as well as his future colleague Ivan Passer. Later he studied screenwriting at the Prague film school FAMU. From his first film Black Peter (1963), Forman created his own style of comedy, inspired by cinéma vérité and neorealism. His debut was followed by a portrait of an unhappy apprentice, Loves of a Blonde (1965), which was nominated for an Academy Award. In The Firemen's Ball (1967), Forman revealed the incompetence of Communist bureaucracy and ridiculousness of ordinary people. It gained him a second Oscar nomination. By the time of the Soviet invasion in 1968, he was already abroad, working on the script of his first American film. His major critical and commercial success came with One Flew Over the Cuckoo's Nest (1975), an adaptation of Ken Kesey's novel. Forman’s subsequent films, such as Hair (1979), Ragtime (1981), The People vs. Larry Flint (1996) and Man on the Moon (1999) also explored different layers of American culture and society. Miloš Forman passed away at the age of 86, on April 13, 2018. -mrš- 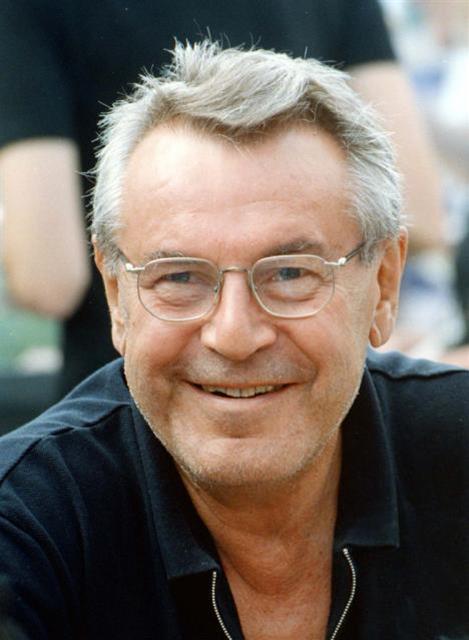 Miloš Forman What Doesn’t Kill You...

Hell with the Princess

Man on the Moon

The People vs. Larry Flynt

One Flew Over the Cuckoo's Nest

Loves of a Blonde

If Only They Ain’t Had Them Bands

1969
Praha / Czechoslovakia
Loves of a Blonde