Director Jiří Menzel is most closely associated with his adaptations of the works of writer Bohumil Hrabal. However, Menzel’s filmography also boasts two adaptations of books by novelist Vladislav Vančura. In 1967, along with screenwriter Václav Nývlt, Menzel successfully adapted the novel Rozmarné léto (Capricious Summer) for the screen. In 1989, joined by Jiří Blažek, he did the same with Konec starých časů (The End of Old Times). The first of these Menzel-Vančura adaptations is widely regarded as one of the director’s greatest works. Though made during the Czechoslovak New Wave era, Rozmarné léto is notable for its nostalgic, homely and escapist style. In presenting it in this fashion, the then 29-year-old director unwittingly set the tone for many similarly-themed Czechoslovak films of the 1970s and 80s. But unlike many adaptations of Hrabal’s works, Rozmarné léto stays faithful to the spirit of the novel, published by Vančura in 1926. The humorous story, filled with poeticism, is set in the fictitious river spa town of Krokovy Vary on the banks of the Silesian river Orši. The owner of a small bathing house, the hedonistic Antonín Důra (Rudolf Hrušínský), spends several rainy June days pseudo-philosophising with a great deal of pettifoggery in the company of his friends – the introvert, idealistic abbé Roch (František Řehák) and rationalistic major Hugo (Vlastimil Brodský). But tightrope walker Arnoštek (played by Jiří Menzel) and his assistant Anna (Jana Preissová) bring a degree of commotion to the lives of these layabouts. The three ageing men are enraptured by the beautiful Anna and expend much energy trying to woo her, albeit in vain. Meanwhile, Antonín’s wife Kateřina (Míla Myslíková) is bewitched by young Arnošt. This stylistically precise tale gains much from the beautiful cinematography of Jaromír Šofr. Menzel’s predilection for tragicomic sketches, wonderful dialogue from writer Vančura, and outstanding acting performances by the main actors, helped this film to win the Crystal Globe at the 1968 Karlovy Vary film festival. To this day, the film remains a shining example of a truly successfully adaptation of a complex literary work. Hrušínský, Brodský and Preissová would return to their film roles by way of a radio play dramatisation written and directed by Menzel in 1972.

The weather is unusually cold for June but Abbé Roch and Major Hugo still go to visit their friend, master Důra, at his river resort, and to philosophize. On the road a circus trailer car is travelling towards the small town. In the evening, Důra, the major, abbé and Důra's wife Kateřina go to the show performed by the tightrope walker and magician Arnoštek. The three middle-aged men all lust after Arnoštek's beautiful assistant Anna, and Mrs Kateřina is keen on Arnoštek. During the three consecutive nights, all three men try their luck with Anna but it seems that none will be so successful as they would like to be. Kateřina interrupts Důra's date with Anna. As the abbé and Anna fry fish in the trailer, some drunkards break in and there is a fight in which the abbé's ear is slightly torn. After a Lucullan dinner with Anna, the major falls asleep. In the meantime, Kateřina enjoys herself with Arnoštek but when he falls off the tightrope and hurts himself, she refuses to help Anna with the performance, and instead returns to her husband. The men are back bathing, and conversing, as Arnoštek's trailer car leaves the town. It is raining and master Důra remarks: "This kind of summer strikes me as rather unfortunate". 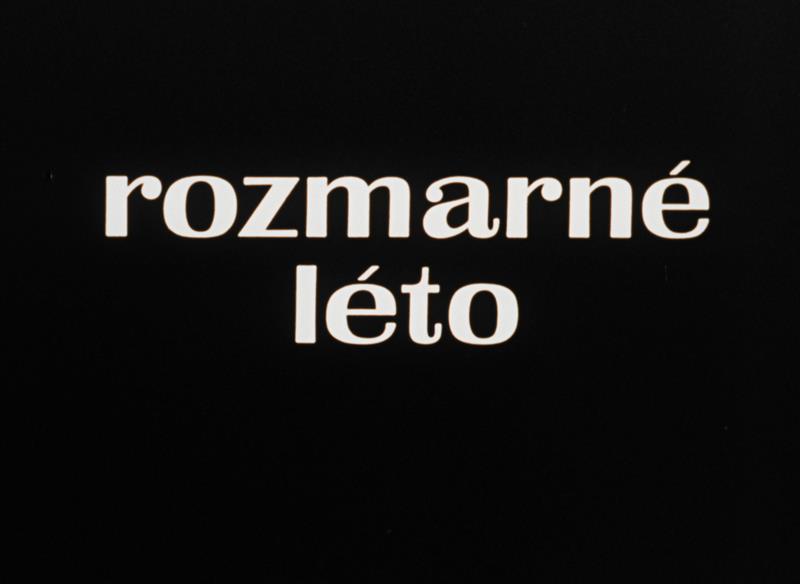 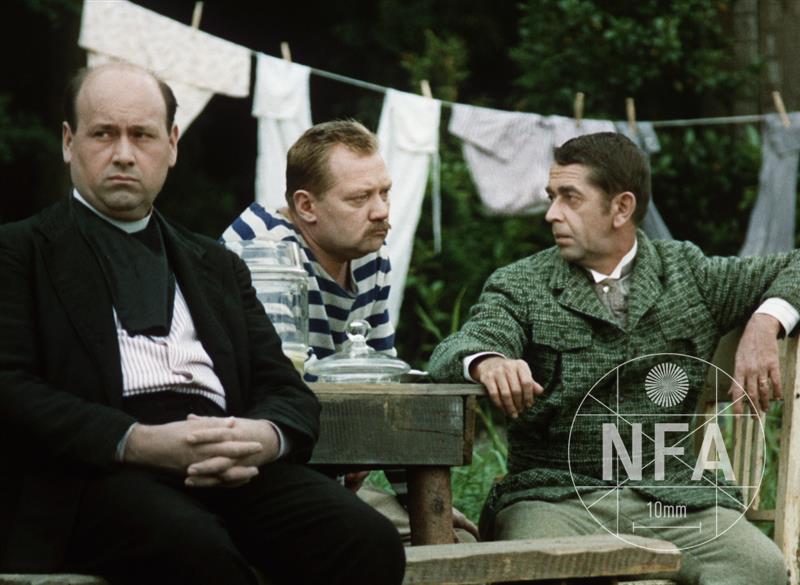 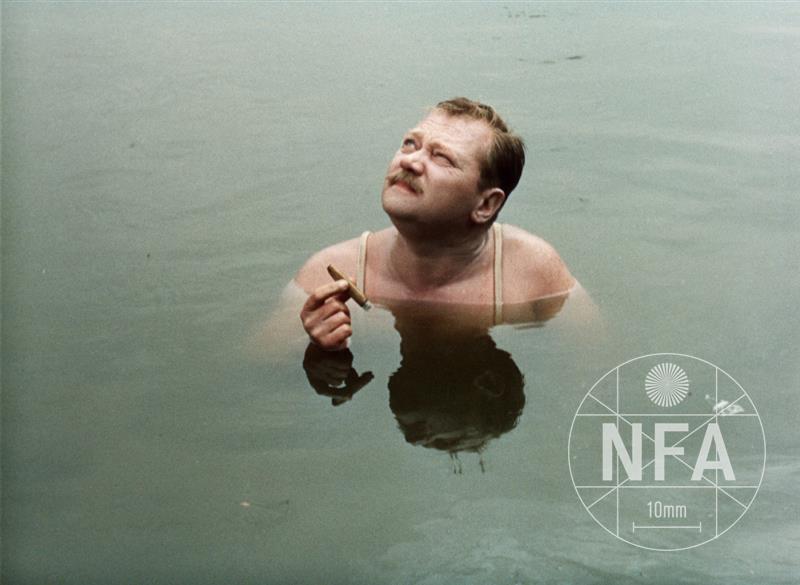 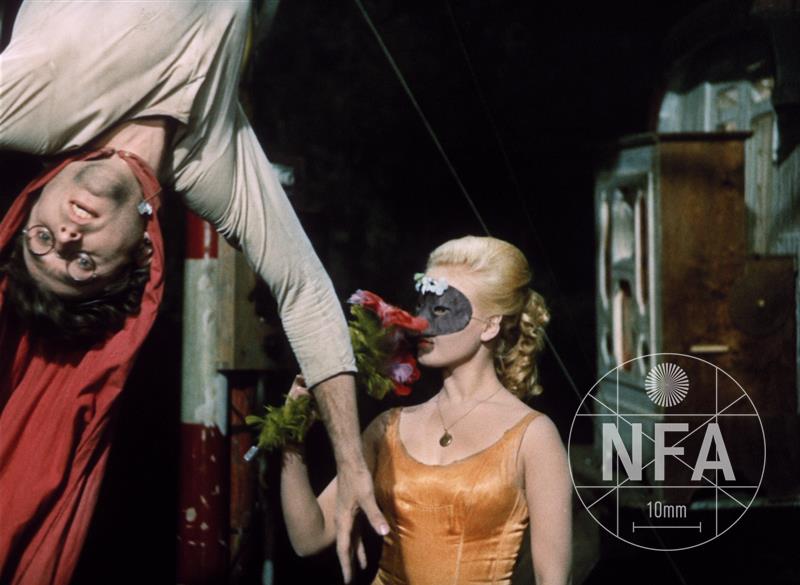 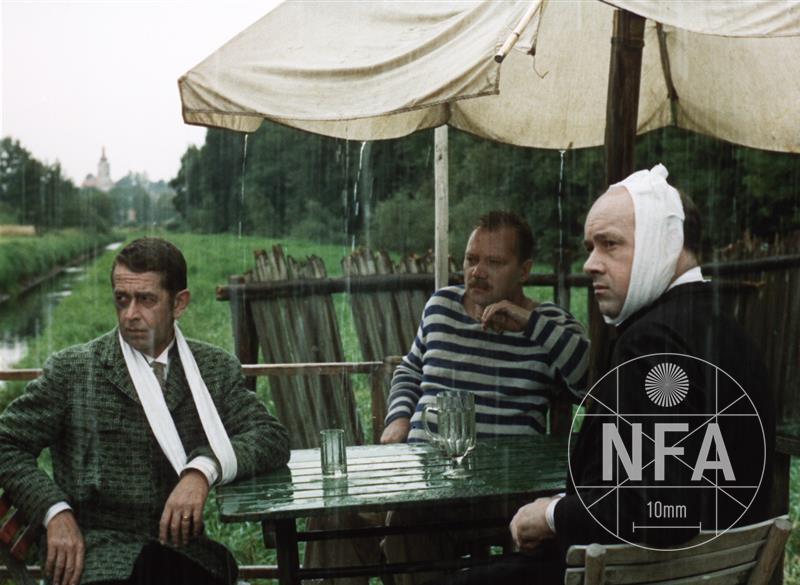 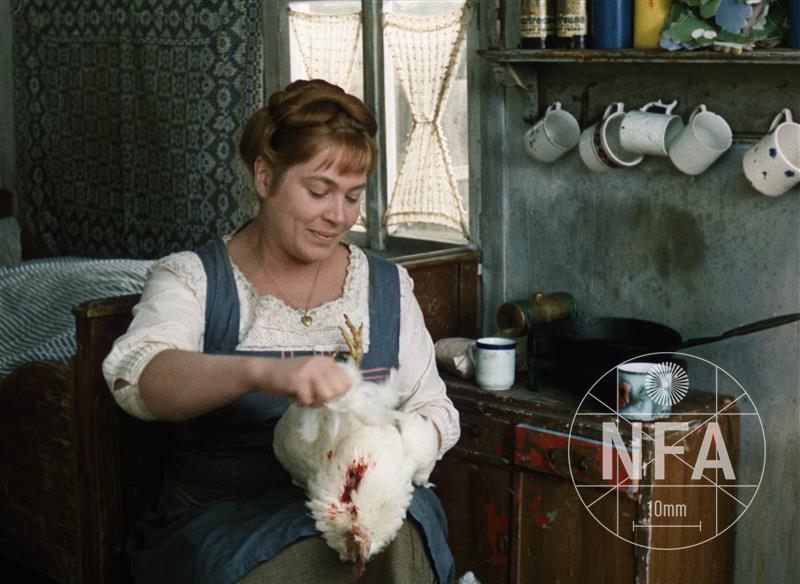