Set amidst the gloomy backdrop of the Beskid mountains in November 1944, this dramatic story tells the tale of seven fugitives who team up with a group of partisans. During a sabotage operation – the destruction of a bridge – they discover a traitor in their midst. The men, who have differing motives for their resistance activities, engage in endless finger-pointing, while at the same time battling for their very lives against an advancing heavily armed German army division... Experienced director Vladimír Čech brings this somewhat recombined war film to life via a screenplay written by Jiří Křižan. In 1967, Křižan was just starting out as a screenwriter, and Sedm havranů (The Seven Ravens) offered him the opportunity to create a powerful, dramatic, wartime script, set in a beloved and iconic backdrop – namely the Beskids, part of the Carpathians. The lead roles in this film about the erosion of trust are given to lesser-known actors, who offer authentic and energetic performances.

November 1944. The Ostrava Gestapo order an informant Čermák to find and catch an escaped Russian prisoner who has been working in underground a factory on the production of a secret weapon. In the Beskids Mountains seven fugitives - seven ravens - meet in a half-burnt cottage. They include men who want to fight against the Germans, but also a Jew in hiding to avoid the transports, a black-marketeer and the young Russian Viktor. The energetic Lojza takes command, and with the help of the gamekeeper Jožin he re-establishes communication with a partisan brigade led by Jenda. At a joint action - the blowing up of a bridge, however, they are surprised by the Germans. Everyone believes that someone must have betrayed them. Their suspicions are confirmed by the gamekeeper, which finds a message for the Gestapo under a tree-stump. Victor senses that the others do not trust him, and playing cards he takes action, putting together samples of the handwriting of everyone in the group and setting off after the gamekeeper to compare them with the writing on the message. Before the men have time to talk, however, Viktor has to escape from the approaching villagers. After returning from a meeting with Vašek, one of the "ravens", the gamekeeper's daughter Zuzka finds her father murdered. Panic breaks out in the group. The men all suspect each other and no one trusts anyone. Tension rises and ends in shooting. Only Pavel, Vašek and Viktor remain alive. The message that he took from the gamekeeper falls out of Vašek's pocket. The men flee further into the mountains. One of them is a traitor. 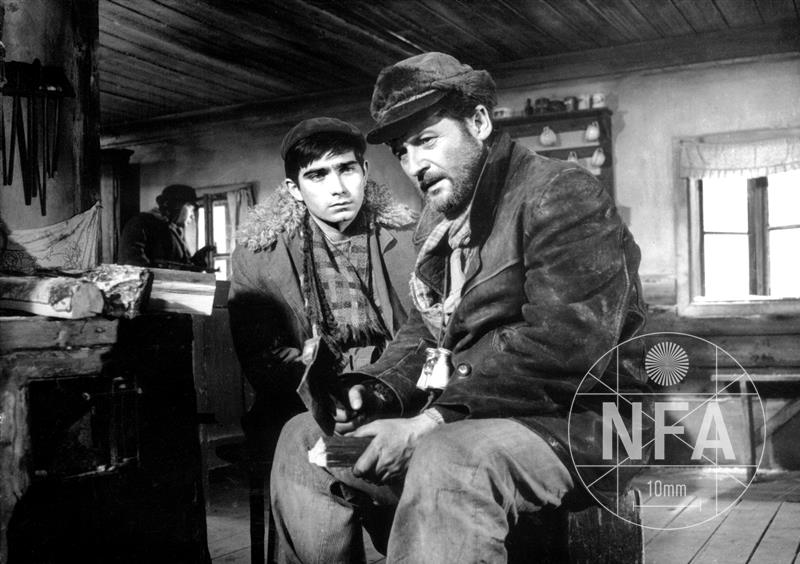 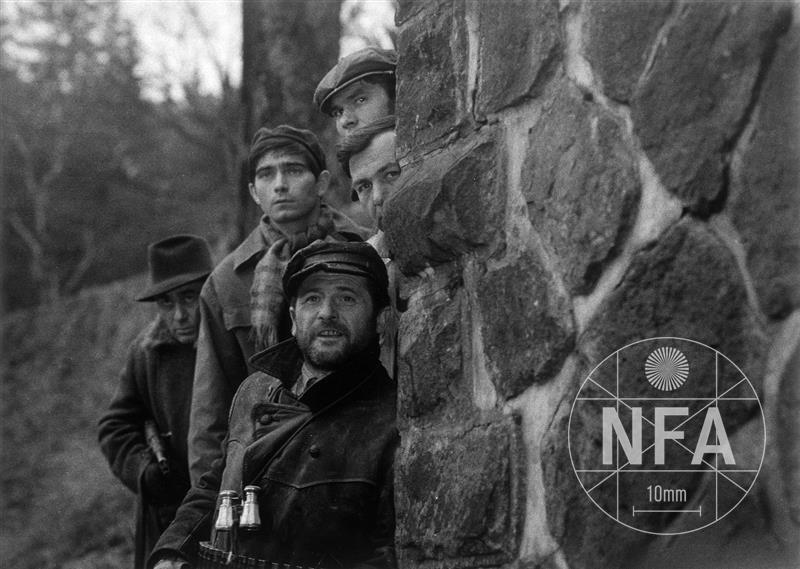