Following the TV series Hříšní lidé města pražského (The Sinful People of Prague, 1968), director Jiří Sequens and screenwriter Jiří Marek revisited the Prague of the 1930s to create four crime comedies. The plot of this 1971 film focuses on a murder investigation team led by executive Vacátko. Like the previous features Pěnička a Paraplíčko (Burglar and Umbrella, 1970), Partie Krásného dragouna (Game of a Handsome Dragoon, 1970) and Vražda v hotelu Excelsior (Murder in the Excelsior Hotel, 1971), Smrt černého krále (The Death of the Black King, 1971) draws on the book Panoptikum hříšných (The Freak Show of Sinners) by Jiří Marek. Vacátko and his colleagues, Bouše and Brůžek, investigate the deadly robbery of money collector Král, who is entangled in a case of embezzlement. Jaroslav Marva, Josef Bláha and Josef Vinklář portray the First Republic police investigators in this routine feature film. Vlastimil Brodský plays Král, while his real-life wife Jana Brejchová stars as the collector’s daughter Magda.

Good-looking Magda Králová meets Josef Kořínek, called Pépi, on the tram; she has no idea that Pépi, who purports to be a student, is in fact a pickpocket. Meanwhile, Magda's father, Ludvík Král, a collector for the Globus company, is having a drink with his friends at a garden restaurant, despite suffering from a severe pain in his stomach. His young boss, Vili Berger, a joint owner of Globus, seeks him out and gives him a cheque for 42 thousand crowns to be cashed. Vili, however, is not about to send thirty thousand of this to his father in Brno for a business transaction, but plans to elope to Vienna with his secretary Zuzanka and keep the extra money he has secretly added to the amount of the cheque. The next morning, Král receives another cheque from the company secretary Hrádek, this time for twenty thousand. Král collects the money at the bank and buys stationery and an envelope at the tobacconist's. In the evening, Hrádek reports to the police that Král is missing. Inspector Bouše finds the collector dead, tied up and without the money, on the bank of a brook. When interrogating Berger junior and Hrádek, police counsellor Vacátko finds out that they have probably attempted embezzlement, but Berger senior denies it, because the insurance company would not give him any compensation for the money. Gradually, Pépi, Magda's boyfriend Vycpálek and Král's friends become murder suspects, but there is no evidence. It is not until the funeral that an elderly country woman with a headscarf, Král's sister-in-law, turns up. The investigators find out that Král had sent the money to her and then pretended to have been murdered. In this way, the gravely ill Král wanted to provide for his daughter Magda and his wife. The first time the two cold and unfeeling women start crying is when they learn that they cannot keep the embezzled money. 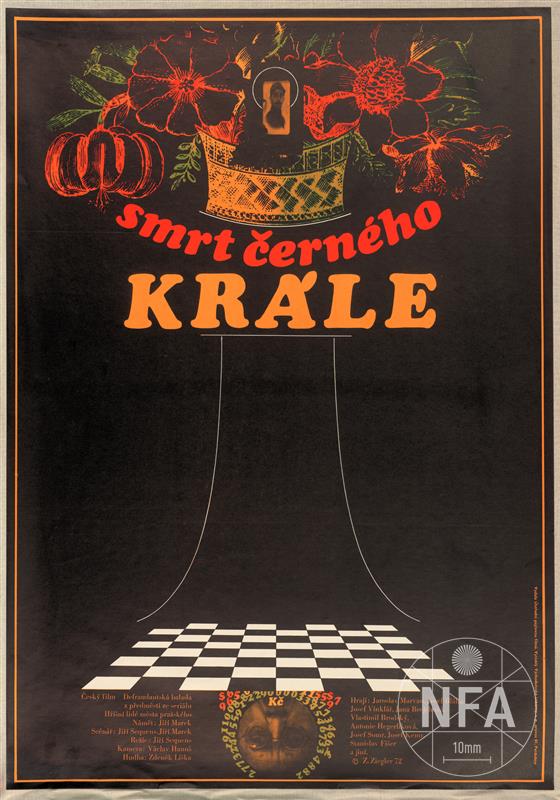