This whodunnit sees the murder of signal box operator Marie (Carmen Mayerová) set off a chain of dramatic events at an open-cast brown coal mine. The suspects are mainly workers employed at the giant bucket-wheel excavator. The woman’s young lover Honza (Michal Pavlata) is provided with an alibi by his other lover, although he is unsure of his own innocence, thinking he may have caused Marie a fatal injury during a brawl. The possible perpetrators also include Franta who is found in possession of the victim’s savings book, and Tony whose financial fortunes have suddenly improved in an inexplicable manner. Only a painstaking reconstruction of the crime conducted by police detectives under the leadership of a public security force (the term used to describe the “police” during the socialist era) captain, played by Vladimír Ráž, leads to the unmasking of the real culprit… Zlá noc (Evil Night) was inspired by the novel Minuta smrti (Minute of Death). Film publicist Zdenek Zaoral contributed to the script of the crime drama. It was shot by seasoned director Václav Matějka in 1973.

In a opencast brown coal-mine, a group of miners has been working on a giant excavator. The youngest one, a belt watchman Honza Semerád is about to split up with his ex-girlfriend, a signalwoman Mary, who is pretty but a bit older than him. Honza is in love with a nurse Zdenka, but Mary forces him to continue their relationship. At a birthday party thrown by an excavator driver Tony, Mary tears up her black stockings. Her wild quarrel and later a fight with Honza ends in a site shed by her fall and injured head. Honza, feared of killing her, runs away. On the following morning, Mary is found dead at a nearby rail track. Honza refuses to tell where he spent the evening and is arrested. Later, his girlfriend Zdenka confirms his alibi and Honza is released. The police investigate other suspects of the murder: Franta, who has Mary's deposit book and Tony, who needed money and he has a lot of money all of a sudden. An old locksmith Kverka, a witness to Honza's escape from the site shed, asks him for five thousand crowns to keep silent. Later the blackmailer dies under a drifted soil. Feeling guilty, Honza confesses to the murder and is again arrested. It is only in prison when he realizes that Mary was wearing a different pair of stockings when she was found dead. A murder re-enactment results in the revelation of the real murderer - her rejected suitor, electrician Dobiš. He killed also Kverka, who helped him to carry the dead body on the rail track and also kept blackmailing him. 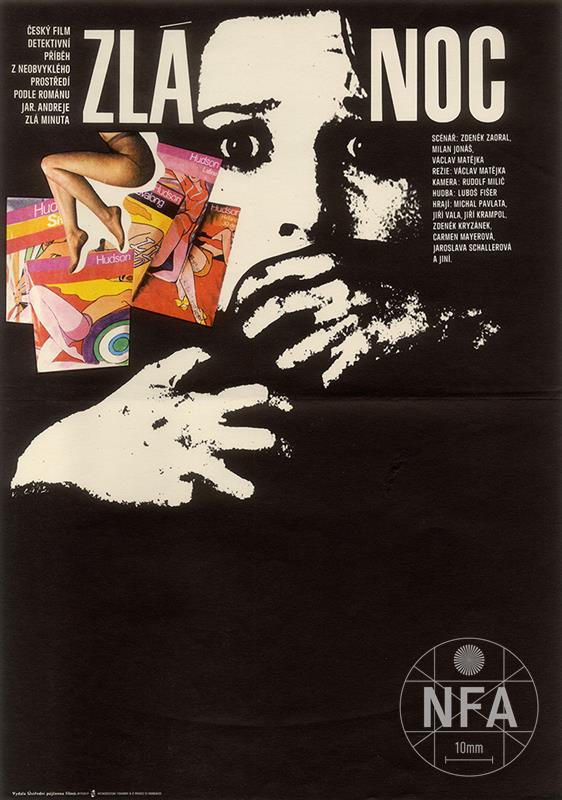