Bořivoj Zeman is today assured of his place in the history of Czech fairy tales thanks to the cult films Pyšná princezna (The Proud Princess, 1952) and Byl jednou jeden král (Once Upon a Time, There Was a King, 1954). In 1968, he added to these movies with the fairy tale musical Šíleně smutná princezna (Incredibly Sad Princess), in which the lead roles were played by Helena Vondráčková and Václav Neckář, who were popstars at the time. The storybook tale Honza málem králem (How Honza Almost Became a King) tries to follow up on this success by casting Jiří Korn in the lead role (although the popular singer was dubbed by Michal Pavlata.) The film, however, does not rely on musical numbers – it contains only three songs by Jiří Sternwald. Despite the fact that the screenwriter was Oldřich Kautský, as was the case for the aforementioned Zeman films from the 1950s, How Honza Almost Became a King from 1977 did not enjoy the same mass popularity as some of the director’s other movies (including, among others, two comedies about a curmudgeonly Prague ticket inspector Dovolená s Andělem (Holiday with Angel, 1952) and Anděl na horách (Angel in the Mountains, 1955)). In the last title from his filmography, the then 65-year-old screenwriter and director offered a comic variation on the classic story of Hloupý Honza (“Silly Honza” – a kind of Czech version of Simple Simon). In Zeman’s film, however, the folk hero turns out to be a clever and energetic young man, who teaches a lesson to a stingy farmer, a jealous royal drummer, and a conceited princess, who pretends to be mute and takes the lives of her suitors. However, even the light-hearted and convivial Honza comes to realise that his love for the simple village girl Mařenka is more important than adventure, property, a princess and half a kingdom… Some of the motifs in the story are vaguely reminiscent of the French costume drama romance Fanfan la Tulipe (1952). Besides casting Jiří Korn in his first major film role, the director also used experienced professionals. Naďa Konvalinková took the role of Mařenka, Honza’s mother was played by Marie Glázrová, the part of the proud princess was filled by Jorga Kotrbová, and her father, the king, was played by František Filipovský.

Honza used to lie happily on the furnace but now his mother insists that he sets off to the world to get some experience. The friendly young man helps to ants, although they bite him immediately. He treats a hungry tramp and himself from a food supply of a silly market woman, to whom he explains it in a smart way. He protects a pretty Mařenka from an undesirable courting of the royal drummer. He starts to work for a greedy farmer. The first one, who gives a notice to the other one, will give the other one's ear a tweak. Therefore the farmer does not fire him even when Honza eats a whole goose after a heavy work. The young man is brought away by soldiers led by the offended drummer an although he runs away he gets to the castle anyway. There are no more suitors coming to the enchanted princess. Those who tried to make her talk again without success were executed. Mařenka goes nearly mad after her beloved Honza leaves, but his mother takes care of her. In the meantime Honza is forced to save the king's only daughter. When he is alone with the stuck-up princess he gives her a kiss and she starts to shout immediately. But when she is supposed to show how she can speak again in the palace, as a revenge she acts as she is dumb and Honza gets nearly executed. He may though speak with the princess one more time. The smart young man gives her a spanking and the king and courtiers like her loud protesting. Honza accepts happily instead of the promised princess and the kingdom a box of gold coins. He looses the coins on the way but he meets happily her beloved Mařenka and his mother who was waiting for him. 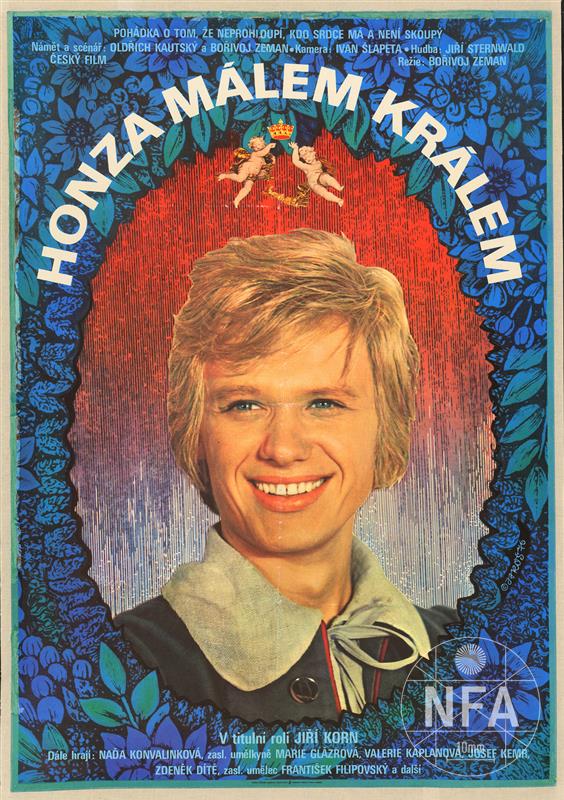 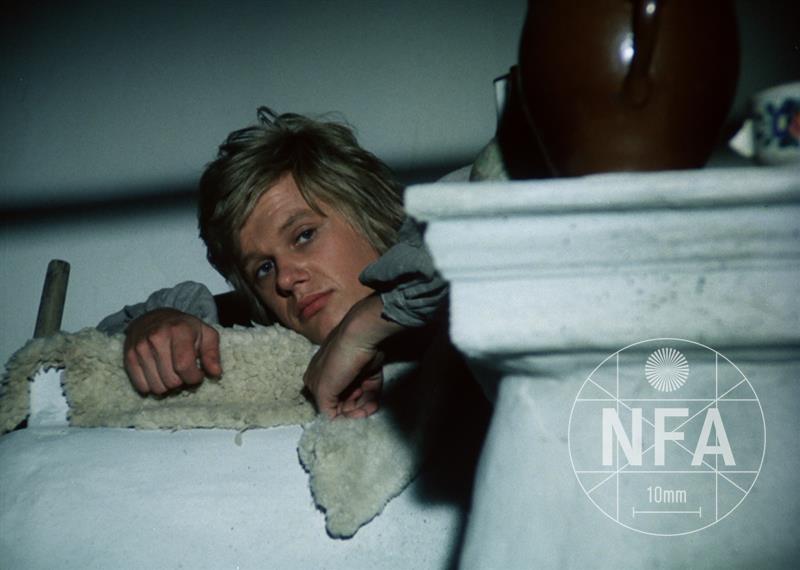 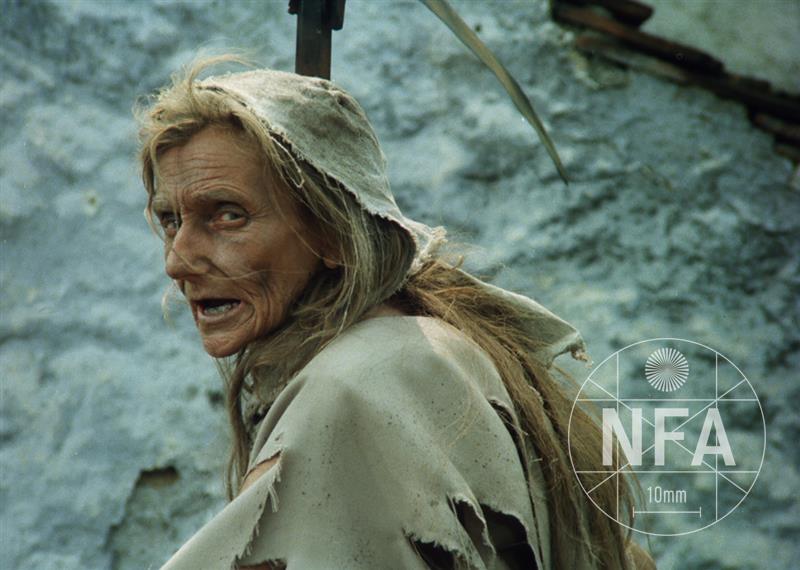 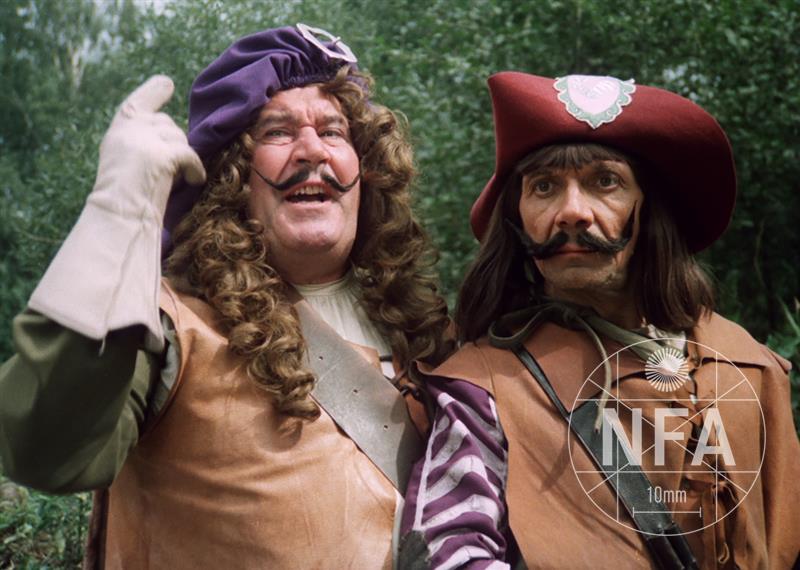 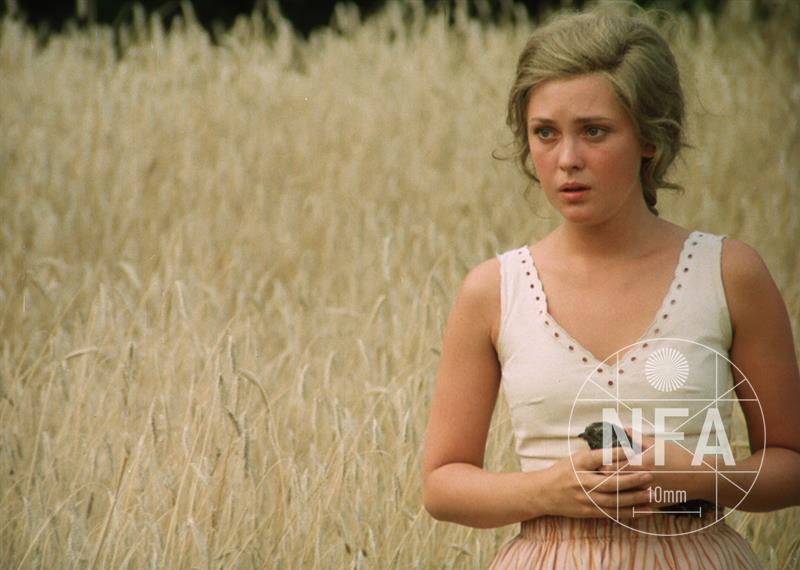 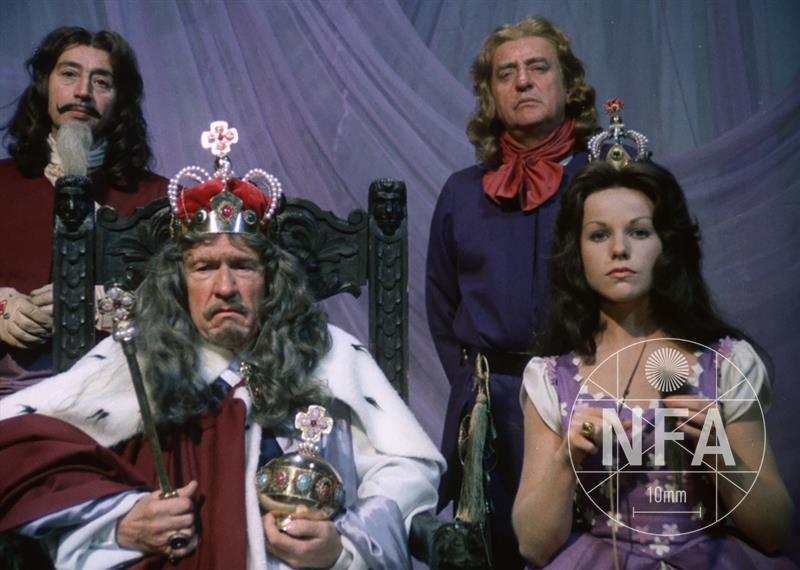