Dismal family relations are a theme that attracted both director Hynek Bočan and Moravian writer Jan Kostrhun. This was underscored by their collaboration in making Pytláci (Poachers, 1981), which followed the film their partnership is best known for, Tvář za sklem (The Face Behind the Glass, 1979) – Bočan served as the director for that motion picture, while Kostrhun contributed the story. In Pytláci, tension reigns between 30-year-old Cyril Spurný and his father, who is attempting to resettle in the village of his birth after returning from an emigration. Cyril, a tractor driver, also struggles in his relationships with women, and has problems with his mother, who has found a lover. Meanwhile, his father’s passion for hunting is heading towards a tragic conclusion; a repercussion of a trauma he suffered during his childhood … The cast is among the undeniable qualities of this film. Above all, Josef Somr, in the role of the father, stands out. The part of Cyril is one of the few major roles in which Pavel Nový has convincingly demonstrated his acting talent. Also unusually engaging are the actors playing the female roles; Jana Hlaváčová as the mother, Barbora Štěpánová as Hedvika and Daniela Kolářová as František’s assistant.

The thirty-year old tractor-driver Cyril Spurný lives in a small house with his mother. His father almost shot him dead by mistake when they were poaching together during his childhood. Cyril gets rid of his eternally drunk co-driver, who is replaced by Frantika, a young woman from a town who herself asked for the hard job because of the good pay. The tractor-driver rudely manifests his dissatisfaction with her. He shows her how he poaches with his dog. Cyril's father left for the United States years ago and his mother vainly conceals the visits of her lover - a leather purchasing agent. The young man hates the leatherman and is bloody-minded towards him. Cyril is in a serious relationship with a student, Hedvika. But her father guards her so strictly that the relationship is almost platonic. Cyril's father returns in an expensive car after many years. He thinks that everything can soon return to the old track, leaves the hotel and moves back into the house. When Cyril asks for Hedvika's hand, it turns out that the girl secretly underwent an abortion because she got pregnant by another man. Cyril's colleague Frantika can see that Cyril's rudeness is only a ploy to conceal his oversensitivity, and she confides in him that she is paying off debts for her ex-husband's shortfall. Father Spurný throws a party, but he is rather unpopular in the village and only a few guests come. The mother is irritated by the worn out dress which he gave her. Cyril spends the night with Frantika. After a fight in the pub, the father realizes that it is too late to return. He buys a boar shooting permit and takes his son to the hunt. A female roe deer wakes up his passion for poaching. Cyril wants to prevent him from shooting it and the shot hits him. The father is leaving forever. Cyril confirms to an investigator in the hospital that it was just an unfortunate accident. He is visited by his mother, the leather agent, Hedvika as well as Frantika. 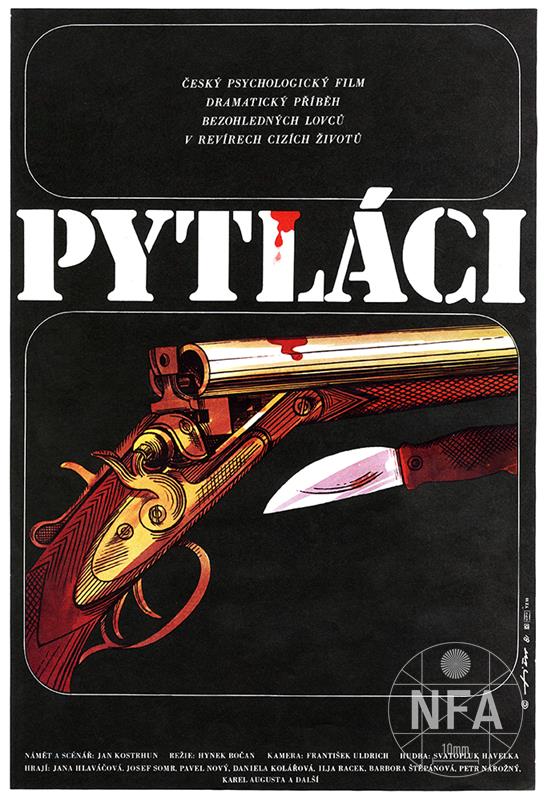