In 1965, Jaromíra Kolárová penned an autobiographical novel about the political show trials of the 1950s. Director Jiří Svoboda made the decision to adapt the book even before 1989. Due to production delays, the final film was not released until 1990. The end product is a quintessential Czechoslovak feature film from the Velvet Revolution era, in which even prior to the fall of the former regime, state oversight of ideological trends within domestic cinematography was easing. The protagonist of the piece, adapted for the screen by Václav Šašek, is lawyer Steiner-Kamenický, who is accused of conspiring against the state. Jan’s friend, the communist Mrázek, suffers a similar fate. A major trial is prepared in which the pair will join several other innocents and be found guilty, whether they buckle under the pressure of the trumped-up charges or not. The families of the accused also suffer considerable persecution. This exalted story benefits from convincing performances by Jiří Bartoška, Jaromír Hanzlík and Marta Vančurová.

The film is set in the 50s of the 20th century. While celebrating his birthday, the minister signs an order to arrest Jan Steiner-Kamenický, one of his guests. The secret police members led him away in the early morning, after a house search. The scared young wife, Alena, decides to ask Mrázek for help, who is Jan's friend and works as a secretary of the communist party regional committee. He just took part in the screening of new recruiting film. He, as the only person present at the screening, has objections, because the documentary is promising non-existing benefits to workers. Mrázek goes to Prague to the communist party central committee. At the entrance, he is stopped by Alena, who tells him that Jan was arrested and accused of espionage against the state. Before the occupation, Kamenický wanted to leave with his family for London, but he was the only one who succeeded. His first wife, with both children, died in concentration camp. Mrázek rushes home from his lover, Monika. His daughter is celebrating passing her leaving exams and Monika gave him a present for her – a luxurious white handbag. Mrázek's wife is, like her husband a firm communist and she refuses to see the shortcomings of the new political system. But Mrázek also is arrested. Political prisoners are treated in a very cruel way. Long interrogations break them down to confess invented criminal acts. Mrázek still hopes it is an error, even when they tell him that he was expelled from the party due to acts of sabotage. He asks in vain to talk with president Gottwald. According to the investigators, Kamenický returned from London as a spy. A wiretapped conversation with Alena Kamenická evidences Mrázek's guilt – allegedly, she came to warn him. They know all about Mrázek: Monika, who was also arrested, got the handbag from her uncle in the USA. Later they reproach him even the fact that his father, a painter, took in the times of crisis an unemployed friend to be his assistant. As a tradesman, he allegedly exploited him. Mrs Mrázková is fired from work. They have to move to ruins. Although she learns about her husband's lover, she refuses to divorce. Kamenický is broken only when he gets a good-bye letter from his wife, Alena, who wants to commit suicide. But the investigators don't tell him she thought it over and he signs a confession. He tries to kill himself unsuccessfully with a glass from his glasses. The major reproaches his subordinates that the Mrázek case is dragging. He allows him to write a letter home, but only about family matters. Mrázek writes in a secret code a message asking his wife to go to Loukotka, who was saved by Mrázek during the occupation from the Gestapo. The secret policeman Loukotka refuses to help, but soon he is arrested too. Kamenický gets a life-long sentence. Mrázek refuses till the end to plead guilty, but despite of that he is sentenced to thirteen years. On the way to visit Mrázek in the prison Mrázková recalls a sentence: The snow does not fall to kill, but to make it possible to every animal to leave its trace and mesage. 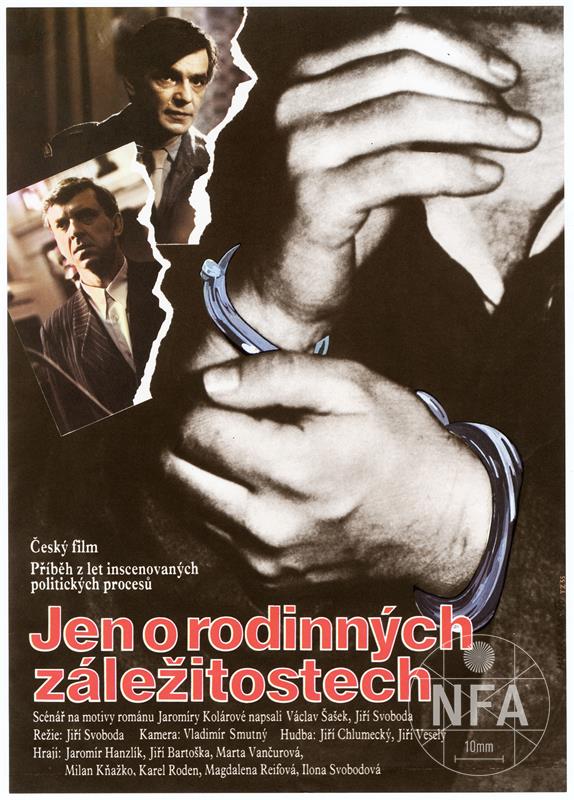 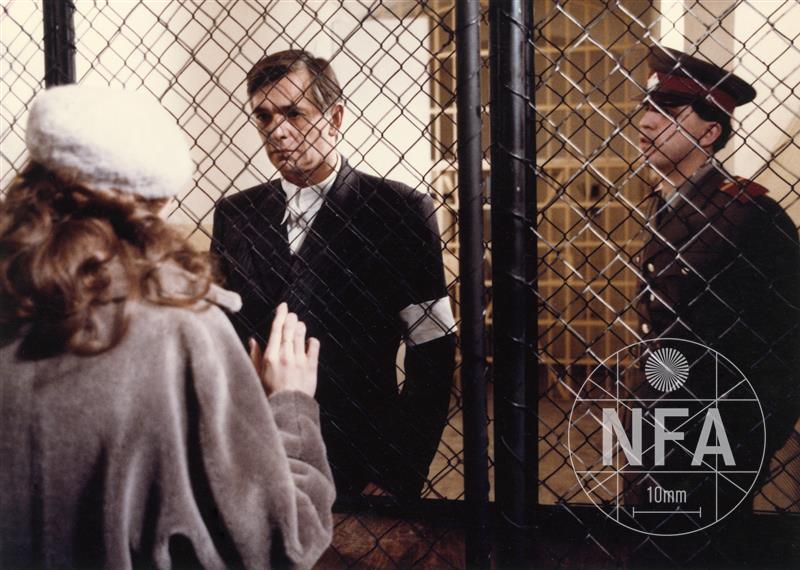 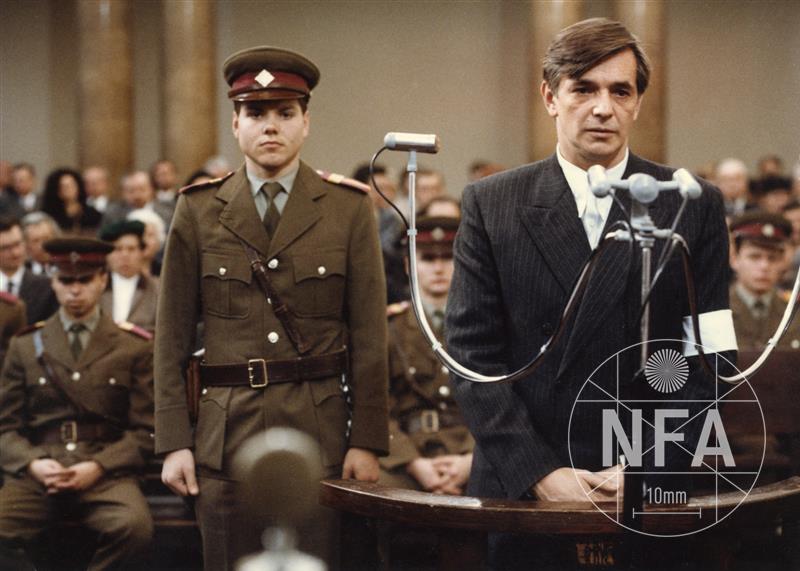 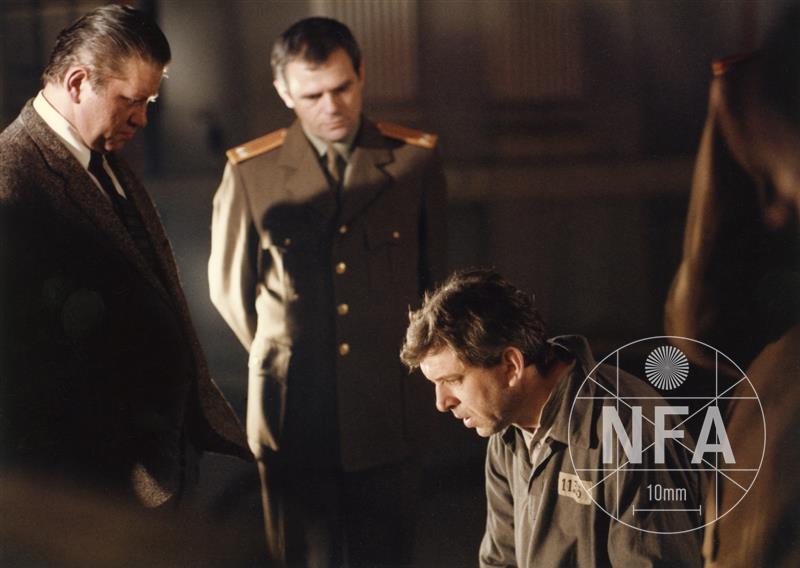