Not until after the 1989 Velvet Revolution were Czechoslovak filmmakers free to openly address the tragic fate that befell members of the ‘Auxiliary technical battalions’ (or ‘PTP’ for short, in Czech) in which descendants of capitalists, priests and other ‘undesirables’ were obliged to serve (while not allowed to carry arms) and subjected to humiliation. In addition to the highly popular tragicomedy Černí baroni (The Black Barons, 1992) directed by Zdenek Sirový, and a TV series of the same name directed by Juraj Herz (2004), inspired by a humorous novel penned by Miloslav Švandrlík, the 1950s military camps of forced labour were also the theme of director Martin Hollý in his drama Tichá bolest (Silent Pain, 1990). Jiří Křižan's autobiographical script tells the story of lead character Janek Kadavý following two timelines: one depicts the childhood of the main protagonist whose father was executed by the regime in 1949; the other describes Kadavý’s time as a conscript spent with a PTP unit. While Janek’s childhood was marred by the bullying of children and adults in equal measure, his military service brought the questionable honour of looking after the tank of permanently drunk first lieutenant Kopřiva. Although the youth’s father had been considered an enemy of the people after serving in the RAF during the war (and reaching the rank of captain), Janek shows an affinity with military machines. A rare glimpse of light in the otherwise grim life of the lead character is grandfather Kadavý who looked after Janek following the death of his mother. Janek escapes from the camp to be at the old man’s deathbed. However, the cycle of revenge, guilt and forgiveness stops neither with the death of an old man nor with his grandson’s return to a “normal” life... Tichá bolest is another in a line of Martin Hollý dramas (Signum laudis [Signum Laudis, 1980], Mŕtvi učia živých [The Dead Teach the Living, 1983], ...nebo být zabit [...or Be Killed, 1985]). The director’s usual targeted and robust grip on the chosen theme is somewhat diluted in this case by the story’s two timelines. Rudolf Hrušínský excelled in the role of the granddad while the part of Janek as a student was played by Ivan Jiřík. Vítězslav Jandák played first lieutenant Kopřiva with fervour and Martin Dejdar along with Tomáš Juřička took on the parts of “insubordinate” lowly privates who dared protest against the all-pervading folly of their commanding officers.

It is a morning, June 1956, and a retired railway inspector, Kadavý, accompanied by his grandson, a student called Janek, puts the urn with his son's ashes in the family grave. Janek's father was executed after a political process seven years ago and the grandfather got the urn from the communist authorities only by his unceasing persistence. He leaves the cemetery with the words "that's how the world goes". The last time he prayed was the night before his son's death. His daughter-in-law died soon after his son's arrest and Kadavý thus began caring for the little Janek by himself. He saved him from a children's home because the controllers admitted that although his cottage is modest, it is scrupulously clean. - Soldier Kadavý serves in the Auxiliary Technical Battalions and is entrusted by its eternally drunk commander, first lieutenant Kopřiva, to care for his tank. Although Janek is the son of a people's enemy, his father was a captain and fought in Britain. Kopřiva was demoted from the rank of captain when he, struck by jealousy, drove into the house of his rival in love and broke the barrel of the tank. Now, he must pay off the damage. - Janek recollects how he did not become a member of the Young Pioneers - he was expelled from the celebration by a vigilant functionary. The boy then painted indecent rhombs on the Pioneers' red scarves, prepared in the study. The grandfather refused to punish his grandson; he only paid for the damage. The talented Janek was not going to be allowed to take the A levels exams, but the grandfather threatened yet another vigilant functionary with exposure of his Nazi quisling past. Janek, however, is not admitted to university and is drafted into the army's working units. There, he witnesses the shooting of a soldier called Zunek who is a vegetarian and tries to cross the border to the West where vegetables are available even in winter. Kopřiva does not let Janek visit his grandfather, considering the telegram about his dying a forgery. But Janek runs away and spends the last night with his grandpa. They also cast their minds back to their repeated attempts to find a barrel with plum brandy which the granddad buried in the cottage's garden fourty years ago and has not found it yet. The grandfather dies but Janek is not allowed to attend his funeral. He leads the tank crew during a test crossing of a wooden bridge, built by the soldiers of his unit. During a night patrol, he picks a fight with Hvolek who had informed on him regarding his escape to his granddad. But in the morning, he extracts Hvolek's aching tooth. The sappers blow the solid bridge up and Kopřiva's soldiers must build a new one nearby. The only civil engineer by profession among them, however, refuses because the subsoil is in fact a morass. The first lieutenant decides to ignore his warning and orders them to move across the meadow. Janek declines to fulfill the order and Kopřiva thus drives the tank himself. He drowns along with the remaining crew members. Janek returns to the village. He sells the cottage in accordance with his granddad's recommendation and leaves. People do not like to see someone among them who reminds them of what they have done or have not prevented. 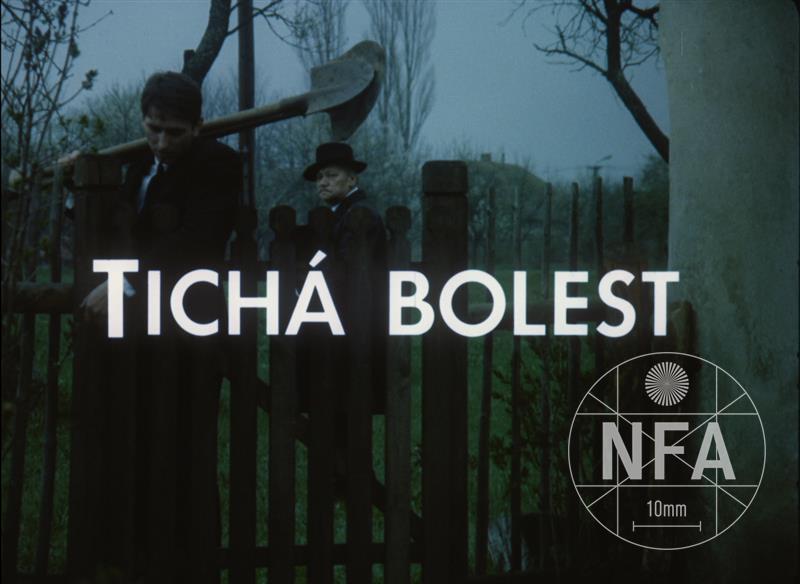 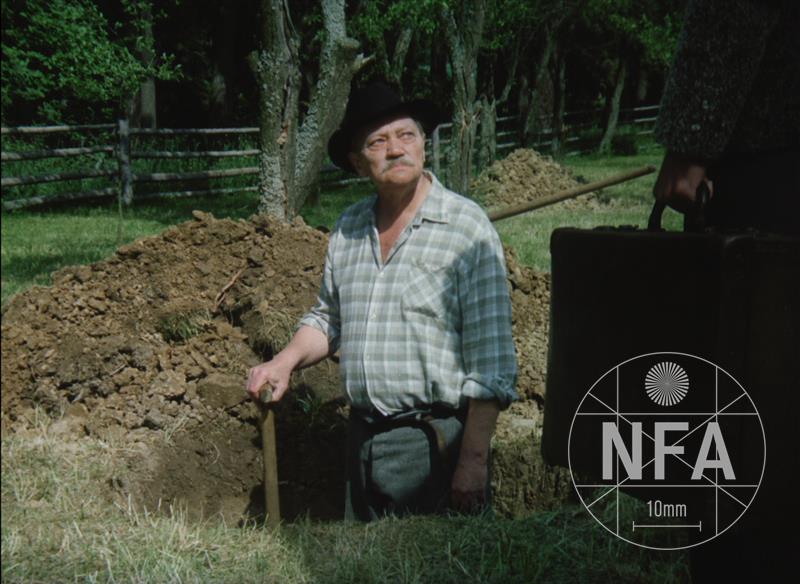 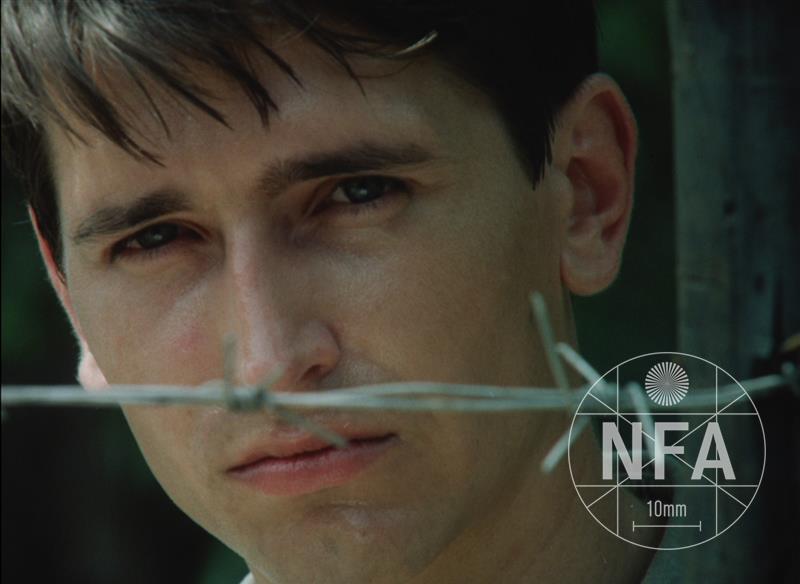 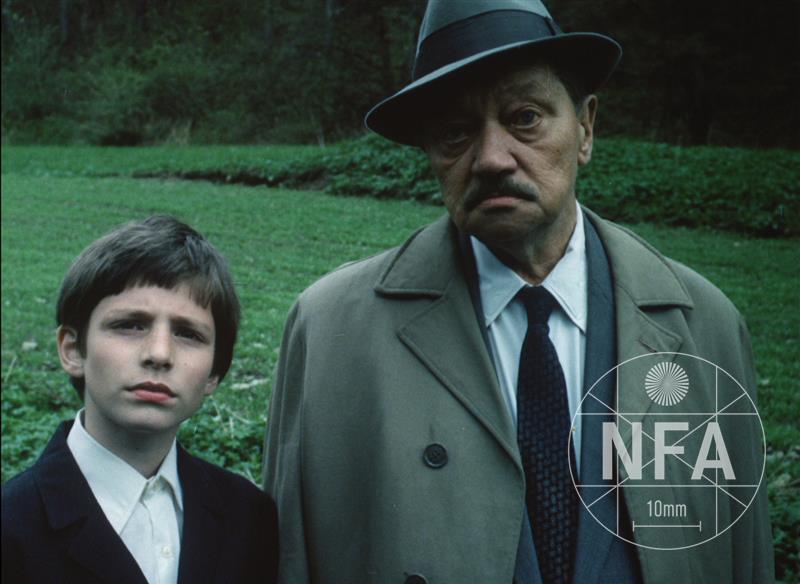 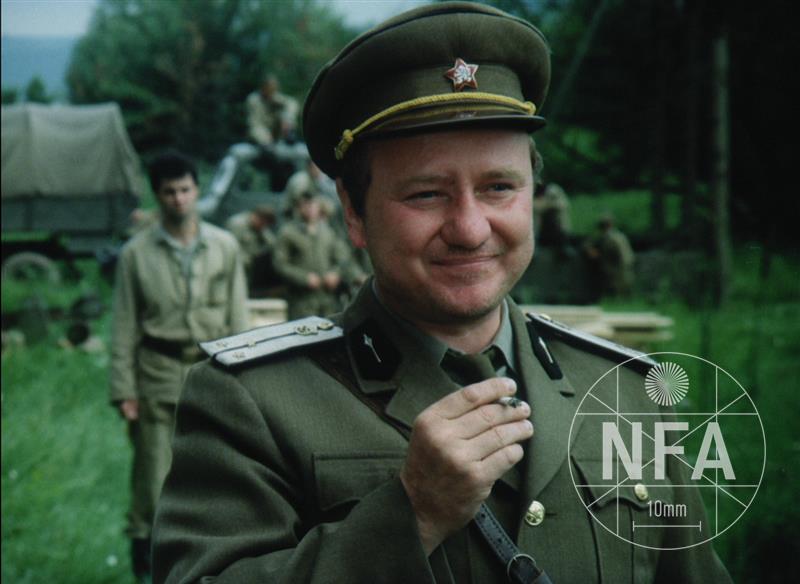