The village lad Bohuš Stejskal lives in a shabby cottage inherited from his parents. He works as a lumberjack, but doesn’t overexert himself at work. He spends his leisure time with his buddies in a pub and makes love to the innkeeper Vlasta from time to time. One day he learns from attorney Ulrich that he has inherited the brickworks and several houses in the town. Bohuš is thrilled and immediately starts to live in grand style. He pays for his friends; he buys a satellite and an expensive car with a telephone. He also visits a “massage” salon with his long-time neighbour Košťál. Excited by the service of the prostitute Irena, he falls in love with her and offers her to move in with him. He builds a pool by the cottage before her arrival and gives her an ostrich for her birthday. This makes Vlasta angry. Irena and Bohuš go on a big shopping spree. Irena is startled by Bohuš’s country bumpkin nature and leaves him. The disappointed man searches for comfort with Vlasta who speedily moves in to his cottage. But Irena also realizes that she has lost a profitable financial security by parting with Bohuš, and she returns to him. The two girls first start to fight but they eventually both remain in the house and concordantly waste Bohuš’s funds. Bohuš pays for the village gas connection and buys a carousel for the children, but he nevertheless faces the envy and acquisitiveness of the villagers. When the attorney tells Bohuš that he was only a stepson, and thus does not inherit anything, everybody turns away from Bohuš. An angel appears to the drunken Bohuš, but he does not reveal to him what to do. But another attorney, resembling the angel from the dream, arrives at the pub. It is lawyer Strážný (Guardian) and tells him that his true father left behind an inheritance in Argentina: ten million dollars. Bohuš does not jump for joy; he only claims that this time, he is going to buy “everyone of them”. 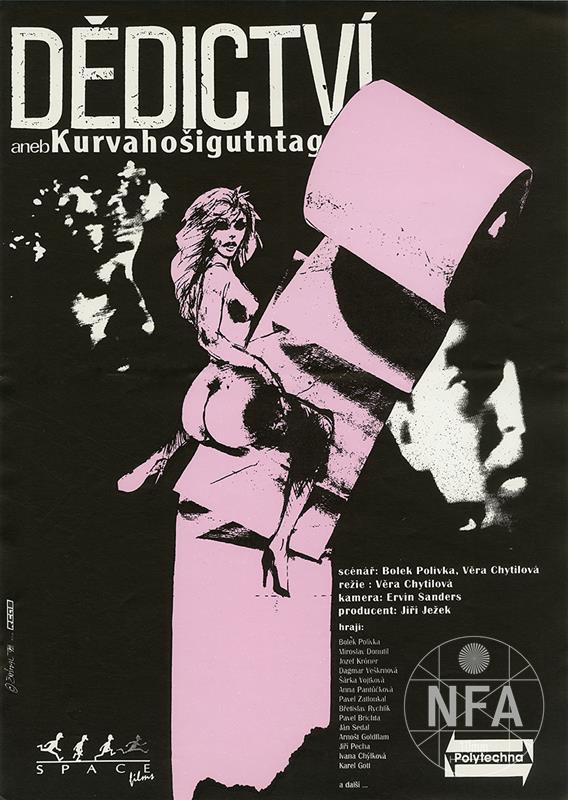