Following the fable Ezop (Aesop, 1969), which had been banned in the two countries that co-produced it – Bulgaria and Czechoslovakia –Rangel Valčanov created two more features for Prague’ Barrandov film studios during the “normalisation” era. After Tvář pod maskou (The Masked Face, 1970), the Bulgarian director turned to the psychological drama Šance (Chance, 1971), which follows a screenplay by Iva Herclíková. The story is set in the world of theatre and its main protagonists are two actors, Jiřina and Josef. The woman is unexpectedly offered an important role by an Italian director. Jiřina experiences a haunting night during which she vacillates over whether to stay at home or leave her current life (including Josef) behind. Towards the end of the story, it becomes clear that she never really had a chance to change anything… Jiřina Třebická and Josef Abrhám star in this interesting feature which gave both actors an opportunity to show their talent. The film was shot by Valčan’s preferred Czech associate, cameraman Andrej Barla.

Jiřina and Josef carry the day in a theatrical adaptation of Dostoyevski's Crime and Punishment. An Italian director comes up to Jiřina after the performance, offering her a part in his new film. Before leaving to negotiate the contract, Jiřina comes into conflict with her co-star Josef; Josef wants to talk to her and keeps her from leaving the dressing room. Jiřina manages to escape and leaves with the director, an interpreter and an agent. Josef follows her all the way to the hotel where the terms of the contract are to be agreed. During the meeting, the director has a telephone call from Rome; it turns out that, in the meantime, another actress has been cast for the part. The Italian asks the interpreter to break the unpleasant news to Jiřina. Jiřina, who suspects nothing, postpones the conversation until the next morning. She returns home, still followed by Josef, who eventually forces his way into her flat. They spend long hours reproaching each other for all sorts of vices; they get very emotional, talking about love, hate, egotism and cowardice. The quarrel ends when Jiřina tears up the film script and the two of them reconcile. In the morning, the actress wakes up alone. She grooms herself carefully for the meeting with the director. But he only sends word through the interpreter that her role is no longer available. On top of this, her daughter tells her that she is leaving Prague with her boyfriend. Jiřina then meets Josef in front of the theatre and realizes that nothing will ever change in her life. 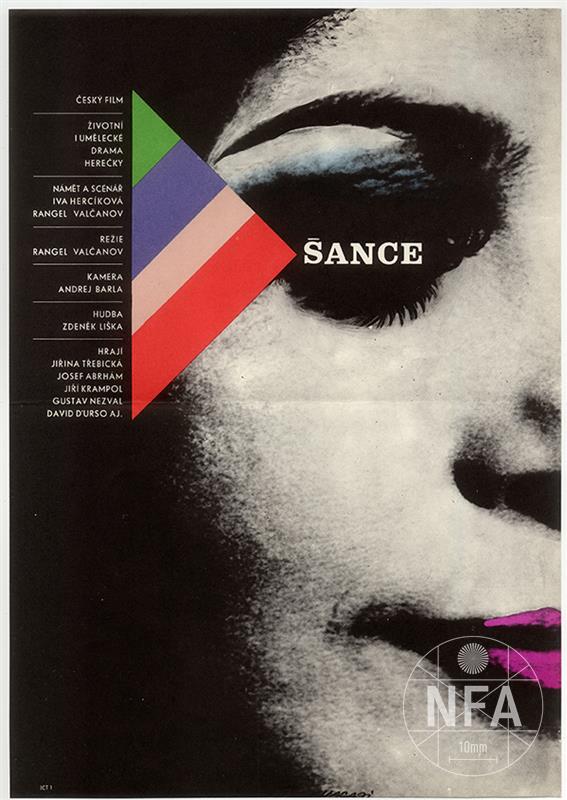