The first Czech film to be made with 70mm film technology was created to mark the 30th anniversary of the independent Czechoslovak air force. Directed by Vladimír Čech in 1973, the film is inspired by the novel Osm a půl sestřelu (Eight-and-a-half Shootdowns) by author Vladimír Podzimek. The narrative is played out in 1951, and sees air force commander Jelínek (Jiří Bednář) nostalgically looking back to the formative days of Czech military aviation. Years ago, when first starting out, Jelínek even found himself at odds with his strict commander Dvořák (Martin Růžek). But both soldiers are ultimately joined together by the hope that new Soviet military aircraft will help secure the country’s borders against Western aggression. The film is an unabashed early “normalisation” attempt at rehabilitating the Stalinist era. The Czechoslovak People's Army (ČLA) and Svazarm (the Union for Cooperation with the Army) assisted with the production. Vysoká modrá zeď (The High Blue Wall) benefits from realistically staged aircraft battle sequences.

The young captain Jelínek, the top-ranking executive of the army air force, has been recalling the year 1951 when he joined military unit at the western border. He was a second-in-command responsible for political issues. The commander of the flying unit, general Dvořák who is his superior officer a feared but respected man, was imprisoned in a concentration camp during the World War II. Later he dedicated his family life to his profession. Jelínek has to prepare a lecture for the commanders, being grateful to his older colleague for helping him with choosing an appropriate text. The unit leaders do not let him know that it has been several times they heard the same lecture. Dvořák forbids Jelínek from organizing pilots as volunteers to built new apartments, but he tolerates his rising relationship to a secretary Libuška. The flying unit expects a supply of new Soviet fighters to provide for the "high blue wall" - protection against western armies. Old military aircraft is not capable of preventing the intrusion of leaflets carrying air balloons and American fighters. On the contrary, two Czech soldiers fly over to West Germany. Pilot Netopil though returns back soon. His apology for an emergency landing is accepted, but despite that, he is transferred to ground maintenance and supplies. Dvořák is very unhappy about the death of a nineteen years old pilot of the Aero Club, whose shot down he had to approve. The crash of an air balloon with an airliner causes death of several civilians. Soviet instructors arrive with the new aircrafts, and Czech pilots enthusiastically and successfully undertake the training. In a short time they have an opportunity to demonstrate their skills when forcing an intruding American military aircraft to land on our territory. 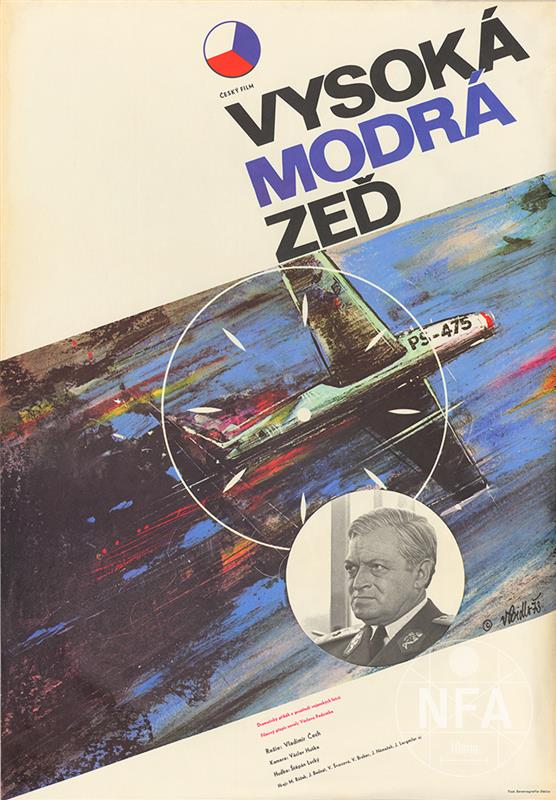 Films screened using the original 70 mm copy are something of a holy grail for cinema connoisseurs demanding nothing but...