Zdeněk Podskalský is one of those filmmakers who did not succumb to ideological pressures, even in the 1970s, and who offered audiences quality entertainment, e.g. the musical Noc na Karlštejně (Night at Karlštejn, 1973), the tragicomedy Kulový blesk (Ball Lightning, 1978), and the crazy musical comedy Trhák (Blockbuster, 1980). Further proof of Podskalský’s appeal can be found in the comedy with crime elements Drahé tety a já (Dear Aunts and Me), which was made in 1974. The director used his own script as the basis for this ageless film, which was atypical for Podskalský’s film work (in the case of Ďábelské líbánky [Devilish Honeymoon, 1970] and Křtiny [Christening Party, 1981] he collaborated with the experienced Jaroslav Dietl). We can therefore view Dear Aunts and Me as the filmmaker’s authorial work. It is an impulsive, whimsical tale full of madcap ideas about two old sisters – the aging spinster Fany and the widow Andělka, who live together. One morning, the sisters go shopping. Fany, however, mistakenly identifies Michal, the fiancée of their niece Hermínka, as the perpetrator of an armed robbery in a savings bank. He comes to introduce himself to his girl’s aunts, but unexpectedly becomes a feared criminal sought by the police. When the sisters realise their mistake, they conduct their own investigations and ultimately nab the real criminal… This crime comedy, adorned with musical numbers, primarily owes a lot to Joseph Kesselring’s play Arsenic and Old Lace. As scriptwriter and director, however, Podskalský made a purely Czech film, using the sleepy atmosphere of a small, south Bohemian town and a cast of entertaining characters. Miroslav Ondřiček’s camerawork, which follows the action added dynamism to the story, as did the perfect casting. Nataša Gollová gives a towering performance in the role of Fany while Andělka is played by Eva Svobodová. Jiří Hrzán made good use of his comic talents as Michal, but Iva Janžurová remains rather underused in the role of Hermínka.

Two kind but foolish sisters live together in their villa in a small town in South Bohemia. Fany has never married and Andělka is a widow. In the morning, the two sisters go into town. They need to buy fuel oil, put money in the bank and give plums to the teller. In the meantime an smallish orange Škoda MB car parks at their house, with Hermínka, the old ladies' niece, and her fiancé Michal in it. Michal has forgotten to bring flowers and has to go into town to fetch them. At the bank, Fany wants to deposit money but the minute the teller opens the safe, a thief arrives. He knocks the teller and Fany unconscious and runs away with the money. When Fany comes to her senses again, she sees Michal and accuses him of being the thief. Michal prefers to get out of her way. The aunts are happy to see Hermínka but Michal is hiding from them in the woods, and Hermínka later drives him home to České Budějovice. Captain Jedlička investigates the theft and pays a visit to the aunts. Fany describes the thief, Michal, in great detail and also remembers that she has written down the banknote numbers, but she cannot find the piece of paper anywhere. On his next visit to their home, the captain learns from the old ladies that the thief had a dog with him that looked like their Bobina. Consequently, all the policemen in the town are given a photograph of the dog. Andělka goes to visit Hermínka and finds the "thief with the dog" at her place. After long explanations, the aunts finally understand that Michal is not the wanted criminal and now direct all their efforts to protecting Hermínka's fiancé. Andělka reveals to the chemist that Fany has seen the robber. Soon after this, an orange smallish car runs Fany down into a ditch. She manages to write down the car licence plate on a piece of paper, but loses it again. She eventually recovers the paper and the real culprit is proved guilty. It is the chemist. The aunts are happy that Michal is no longer suspected and don't even mind that the young man has managed to demolish their shed. After all, now they have a man around the house! 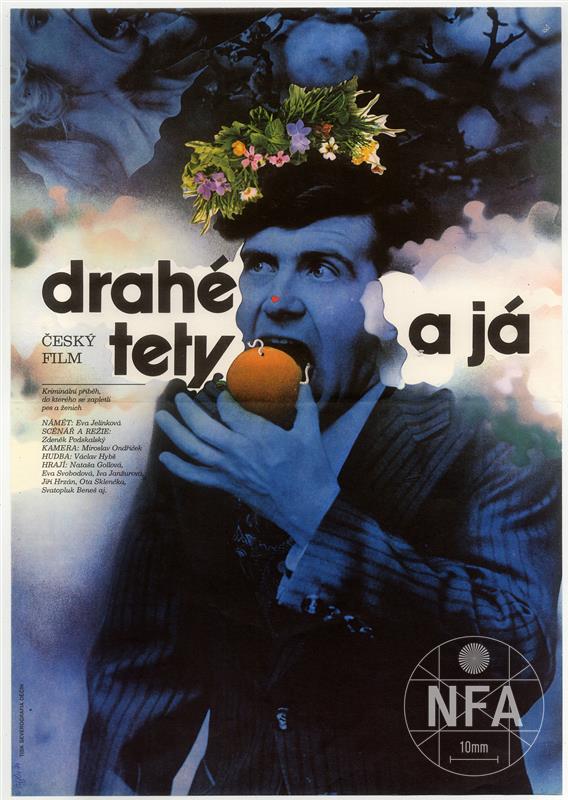 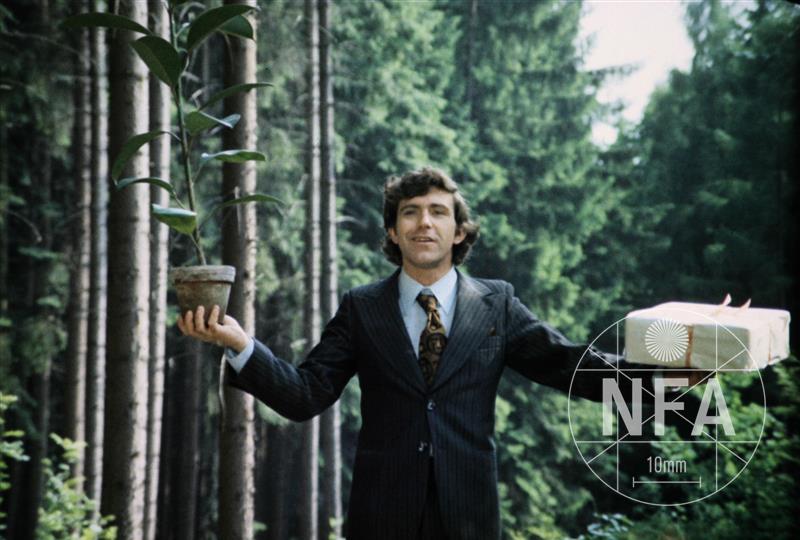 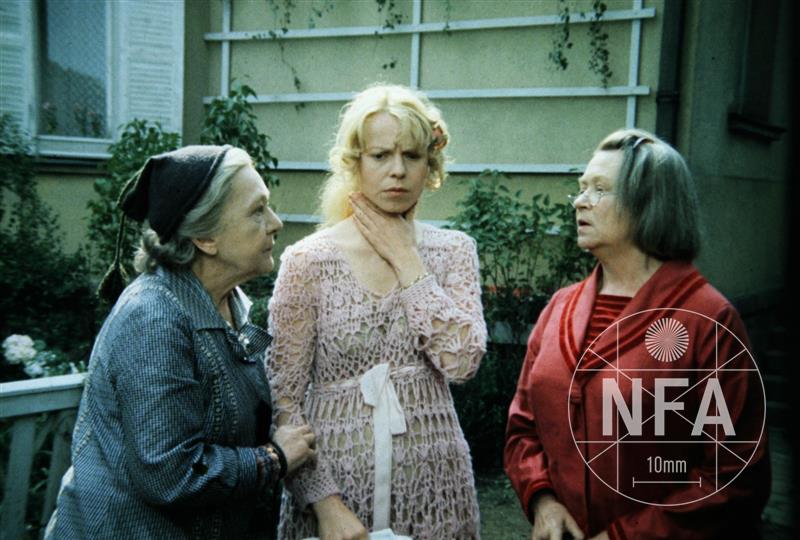 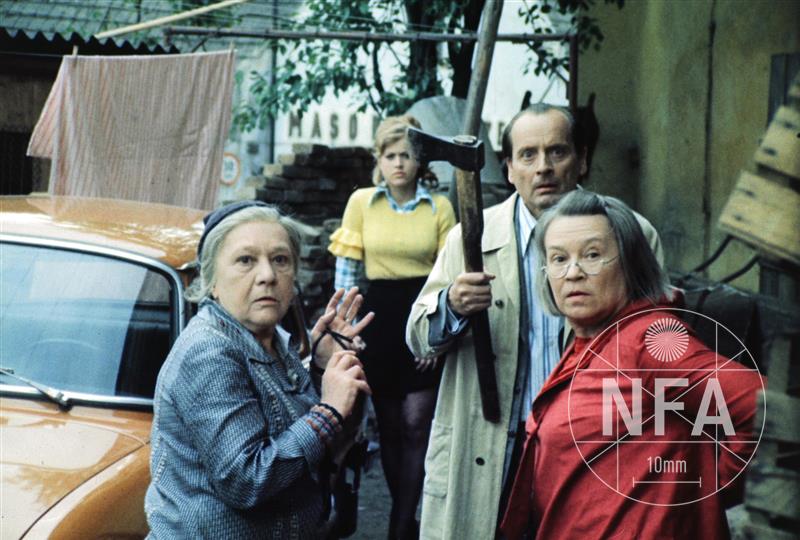