Director Filip Renč started out as a successful child actor. By 1976, at the tender age of thirteen years old, he already had a presentable filmography, but the year was to see him add to it with the title role in a psychological family film from directors Ota Koval and Jaroslava Vošmiková (who was making her bow as a director). Renč’s Jakub is a sensitive boy on the threshold of adulthood. After spending years in a children’s home, he starts to live with his long-missing father. But his dreams of having a loving pa are confronted by a crude reality: Mikuláš Adam has after many years emerged from a prison sentence in Africa and hasn’t the least idea of how to bring up a child. Mother has no interest in the boy, who thus has no choice but to embark on a personal journey to try and find a way through to his dad... Besides Renč, the motion picture's stars are Ladislav Mrkvička (the father) and Věra Galatíková (Jakub’s school teacher). Jan Potměšil acts in his first film, playing the minor role of classmate Saša.

Eleven year old Jakub differs from his contemporaries, he has a wild fantasy and imagination. He concluded from the letter of his mother that his father works on an important construction site in Africa and therefore he put him for some time in a children's home. The peculiar Jakub awakes respect among his friends and from time to time they like to smoke a hashish joint together which Jakub gets allegedly from his father. After six years Jakub finally meets his father who takes him to Prague. Jakub is happy although the reality is different than his dreams about his father arrival. The flat his father got is quite dilapidated, they don't have a car and it seems his father keeps some secret. But Jakub can settle with problems. He finds friends -boys and girls at school and in the neighbourhood, they await his inventive games. One day Jakub makes a"hash party". Besides Jakub, everybody feels sick. Parents complain about the boy a lot and in this situation comes out that Jakub's father spent six years in prison instead of in Africa. The heart-broken Jakub runs away first to his mother. But she has her own life now and therefore he goes back to the children's home. Before the entrance of the home his father is waiting. As they look at each other a long time, they realize that they both need each other and they have to find again a mutual trust. 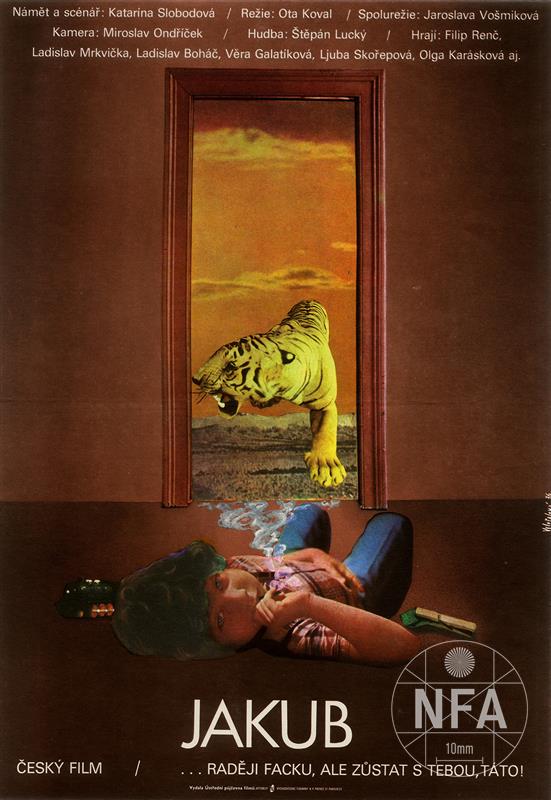