This family comedy made by Jaroslava Vošmiková turned out to be another hit film featuring child star Tomáš Holý. The young actor, very much in demand and 12-years-old at the time, was cast in a movie that follows a story model successfully delivered by the “little Vašek in Šumava” film trilogy directed by Václav Gajer (Pod Jezevčí skálou [Beneath Badger Rock, 1978], Na pytlácké stezce [On the Poacher’s Path, 1979], Za trnkovým keřem [Behind the Blackthorn, 1980]). Once again a little boy from Prague, named Petr in this case, is spending his holidays at his grandparents’ place in the country. And once again there is a loyal canine friend, with a Welsh Terrier named Blek this time landing the part. It is indeed the inquisitive dog that becomes the driving force behind the boy’s adventures. They include an encounter with the money-grubbing Mr. Plavec (Oldřich Navrátil), who even steals Blek. And his efforts to win acceptance from a group of local boys led by the competitive Jarda (Pavel Stránský)... Prázdniny pro psa (Holiday for a Dog) would become the last film to feature Holý. After its completion, the boy terminated his acting career.

The Mráz family is preparing for holidays. Parents are travelling to the spa and little Petr is going to the country to his grandparents. In addition, to the chaotic preparations, mother's friend is bringing a dog Blek. She wants Petr to look after it. Grandfather welcomes Petr and the dog with pleasure because he needs the ally against strict grandmother. Grandfather is not very skilful and thus grandmother often experiences troubles with his ideas. That is why she sells grandfather's gun to the miserly Plavec. Petr has troubles with the gang of village children which is led by Jarda. The boys are at first a little malicious but gradually they become friends with Petr. Jarda feels Petr to be a threat to him, revengefully lets Blek free from the lead and it runs away to the woods, in which the children look for it in vain. The point is that in the meantime the dog was caught by Plavec and Plavec passes it off as his own. Grandmother changed her mind as for the sale; she gave back money to Plavec and asked for the gun. The robust driver Drtikol wants to intervene but meanwhile the dog ran away from Plavec. Drtikol forces Plavec into giving him money, which he obtained from Petr's grandmother, so as to give it to grandfather for stolen dog. Parents have brougt Petr as a present a dog of the same race but Petr will have to give it in return for Blek to the owner. While returning home in a car the boy takes a glance of the lost dog and runs out for it. Drtikol caught up the Mrázs and gives them money from Plavec. They refuse it and the sudden gust of wind lifts the banknotes to the air. Grandfather at the small courtyard is surprised by hundred-crown notes falling down from the sky.

In one the scene from Prague’s street spoke Vladimír Hrabánek six sentences in postsynchronizations instead of the deceased Jiří Hrzán. 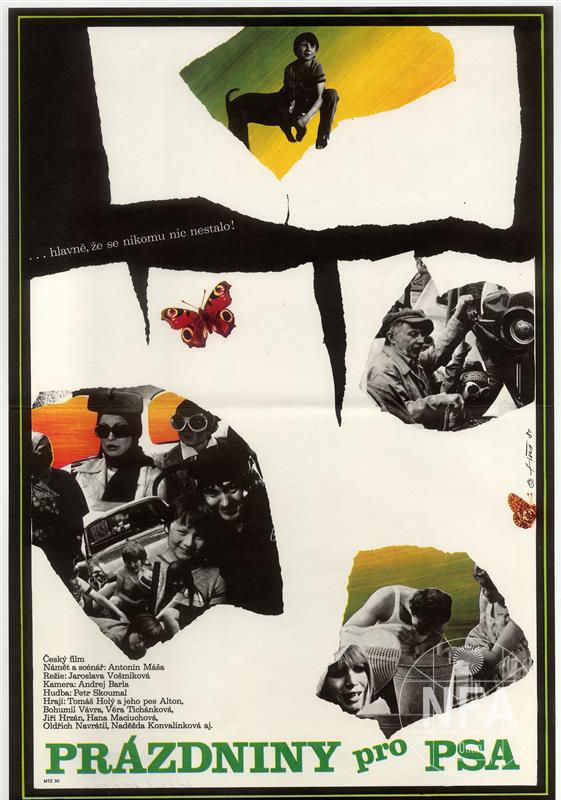 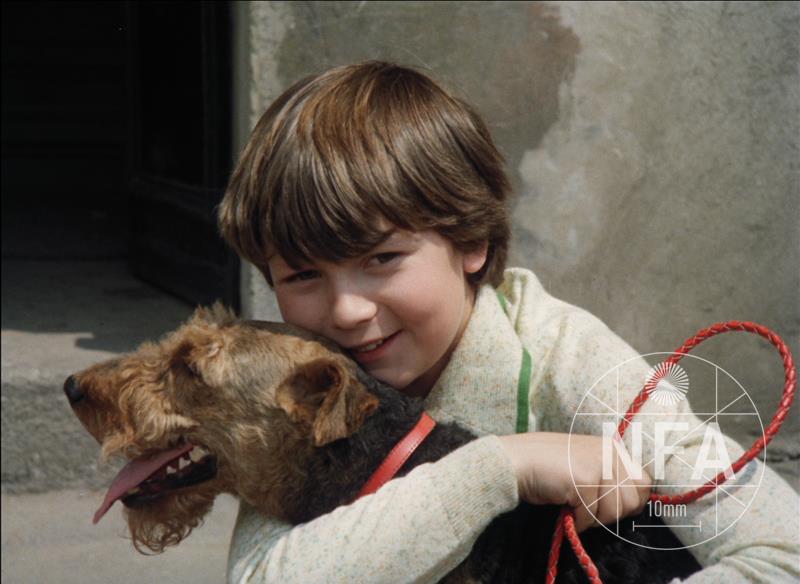 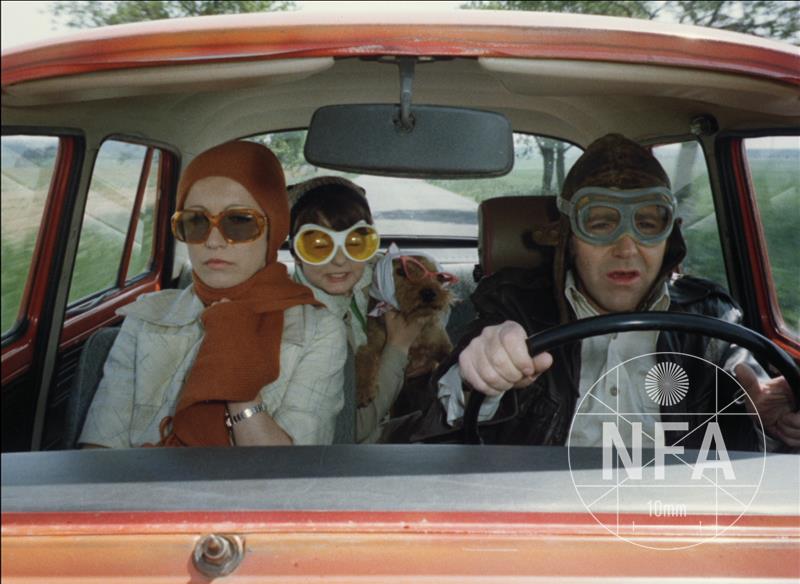 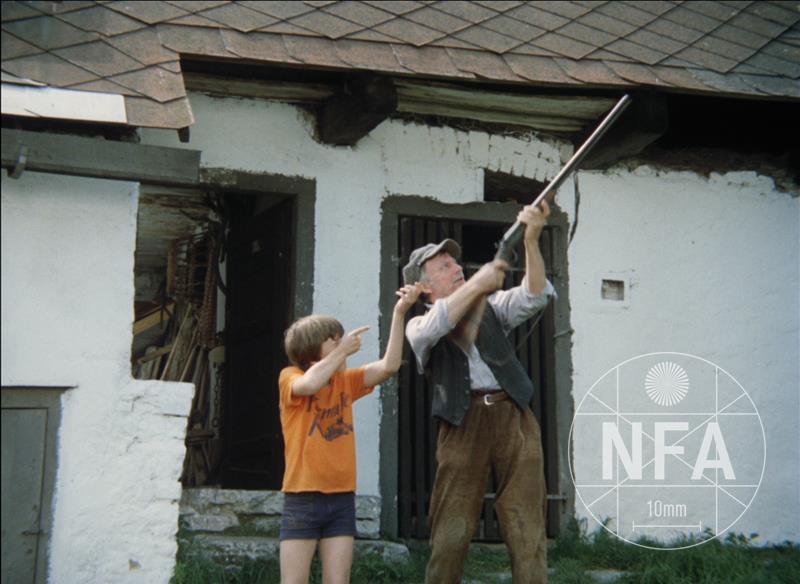 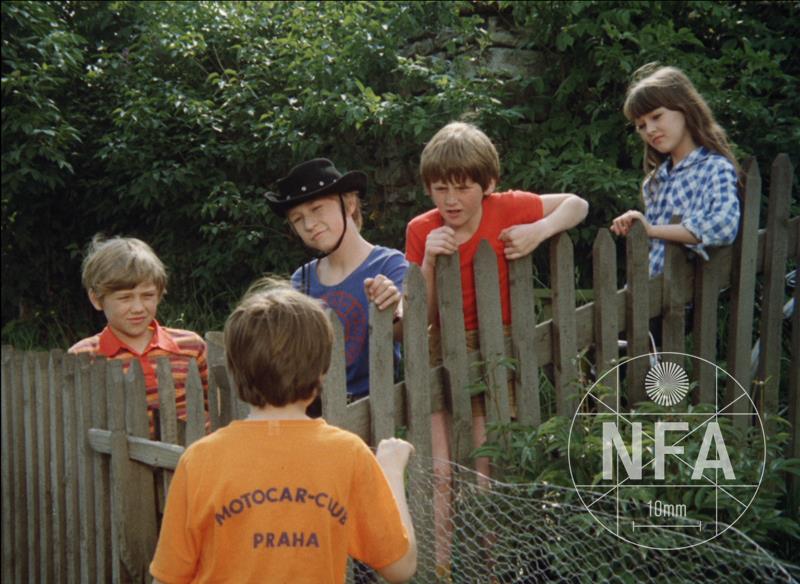