First love can end up tragically for those involved, but for filmmakers it is often an inspiration for a tragicomic tale. This is true in the case of this 1985 movie, filmed by director Vladimir Drha, about two boys in the eighth class who have changed from friends into implacable rivals. Naturally the cause of the schism between Standa and Robert is not just their classmate Zuzana, but also the differing social status between the two heroes. Whilst Robert’s wealthy parents spoil him in every way possible, Standa has to defend his hobby – playing in a rock band – from the entire world. His parents think it’s a waste of time and would rather see their son spending the money he earns working in a boiler room on something more “sensible”. The main roles in this pleasant film, which unwittingly informs us about the realities of Czechoslovak education, were taken by the now forgotten child actors Martin Krb and Jiří Devátý.

In order to earn some money to buy a better loudspeaker equipment for their beat music group, eighth-grade pupils Standa and Polla work as boilermen in a local community centre. Their schoolmate Robert does not need a temporary job, as he is spoilt by his wealthy parents. Robert attends karate lessons and wooes the eighteen-year-old Jitka. Standa organizes a secret concert at school. Before the teachers realise, all the pupils march silently and orderly to the school gym. The schoolmaster decides to allow the group to perform. Only Robert - who was once Standa's best friend - is missing. Standa inherited his musical talent from his uncle Eduard, a bohemian musician. He is the only one who understands the dreams and plans of his pubescent nephew. Several boys fight for the favour of the most beautiful girl at school, Zuzana. The girl has not decided yet, but the smarmy Mrázek is pushed off right away. The schoolmate Eva organizes a party at home at Standa's suggestion. Everybody is invited, except Robert. In a school corridor, Robert smashes a laboratory glass which Standa was carrying from a study to a classroom but had to put it down to go to the toilet. Mrázek, the only secret witness of the accident, does not say anything out of jealousy. Standa should be unjustly punished for the damage. Eduard is not his support any more - he is in love and wants to marry Markéta. Mrázek wants to score and tells Zuzana what he saw. Robert refuses to tell the headmaster the reason for his mischievous act. The two boys decide to solve their dispute by a contest. At night, they walk on the ledge on the second floor of a house ready for demolition. Polla, measuring the time, falls down through the rotten floor to the floor below. He is fortunately only wounded. Standa and Robert reconcile at his hospital bed. Standa then invites Zuzana home and the girl kisses him. 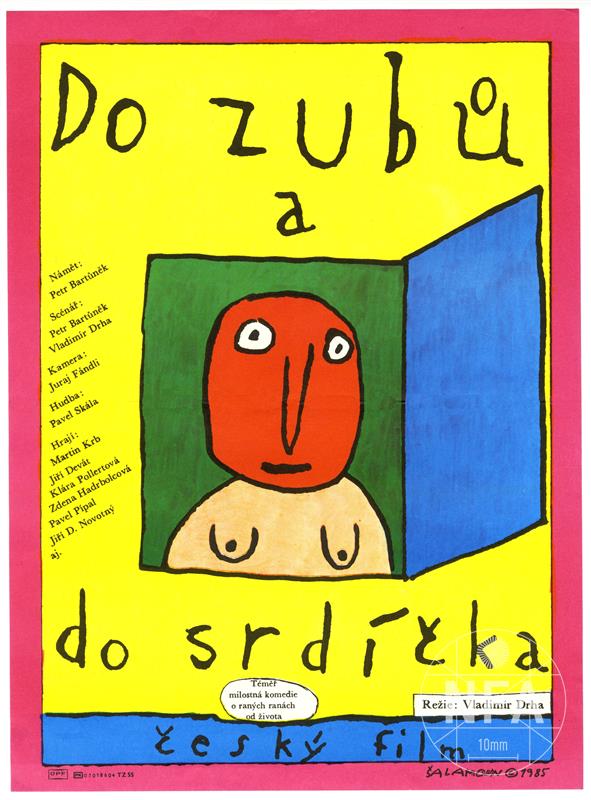 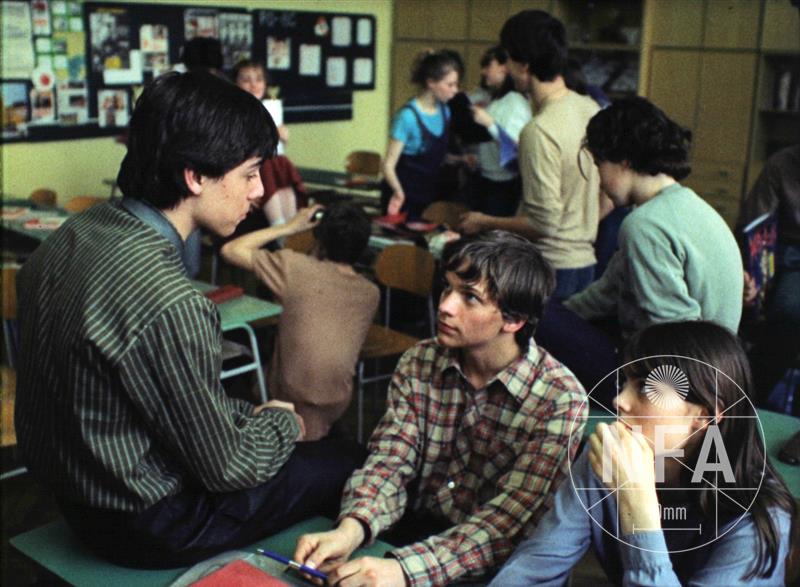 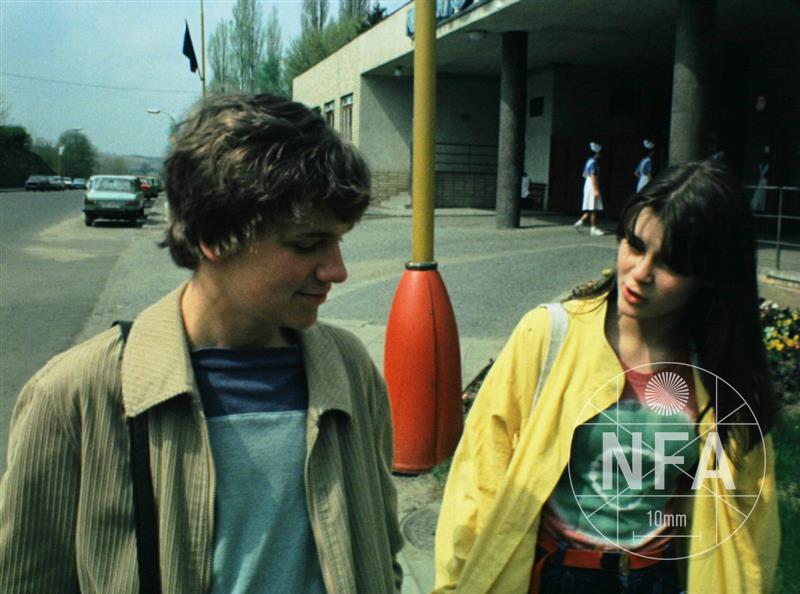 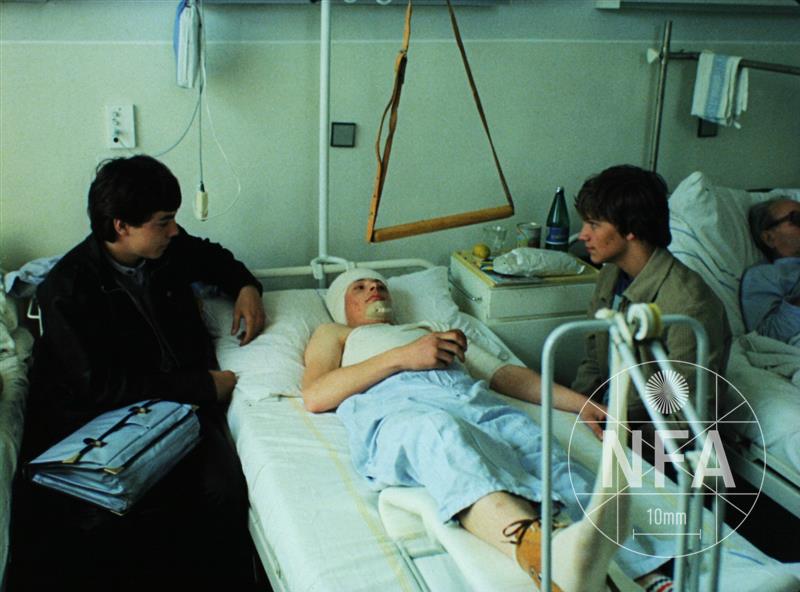 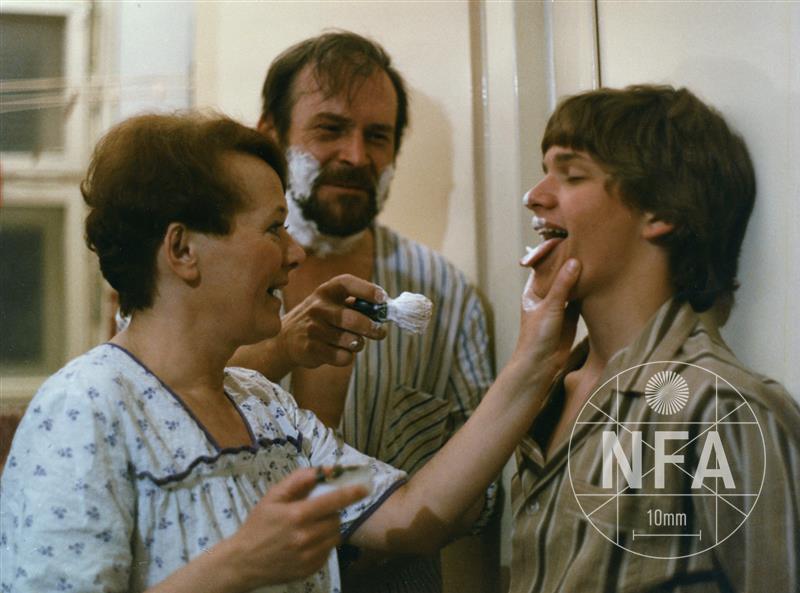