In the 1980s, Vít Olmer’s directorial activity evolved partly from a fondness for genre films and partly from a growing interest in social and journalistic formats. In this respect, he found some common ground with screenwriter Radek John in the film Bony a klid (Big Money). Consequently, in 1987 this resulted in one of the most significant films of the second half of the decade – a drama about a trusting young man who comes to the capital in search of a better life and ends up on a slippery slope. John’s screenplays had long been influenced by reporting work. Big Money, however, is not just an impressively told crime story from the appealing milieu of Prague racketeers, but also a stylised statement on the reality that prevailed in Czechoslovak society at the end of the 1980s. It implied links between the underworld and the police and the courts – a brave thing to do at that time. The protagonist is Martin, a naïve car mechanic who leaves his hometown of Mladá Boleslav and ends up among Prague moneychangers. He quickly changes from being the victim of theft into a player who vigorously pursues backstreet deals using convertible currency, which is in short supply. He enjoys a sweet life of plenty and falls in love with the charming Eva. But, ultimately, he does not avoid his comeuppance. No winner can emerge from the rivalry between two racketeering gangs… The film was a big hit with audiences thanks to the way it tackled its subject matter in a genre style and its catchy soundtrack (provided by the composer Ondřej Soukup and Frankie Goes to Hollywood). The cinematographer Ota Kopřiva, whom Olmer had collaborated with on several of his previous films, added some authenticity to the story, which was set in realistic Prague locations. The convincing Jan Potměšil excelled in the lead role. He had already attracted attention in the drama Proč (Why?) – another socially critical film penned by Radek John and directed by Karel Smyczek. Roman Skamene gave the performance of his life as the mercurial hustler Bíny. He and other actors from the film repeated their roles in a loose sequel, Big Money II, which Vít Olmer made in 2014.

The underhand moneychangers - illegal exchangers of foreign currencies and the so-called Tuzex vouchers [Tuzex, sales system and shops that used convertible-currency vouchers] - do not hide their deals as strictly as they should, and the bribed police see "nothing" far too often. The car-mechanic Martin comes to Prague to buy German marks for him and his friends to get a videorecorder. But the na?ve young man immediately falls prey to the moneychanger Richard who sells him false dollars. Back home in the town of Boleslav, friends do not trust Martin's story and he must go back to Prague. He reports everything to the police, but in vain. He investigates on his own account, but he is even swindled by the outsider Beeny. When someone beats him up, he is taken in by the shop assistant Eva who secretly quarters him in her digs. Beeny pulls the totally broke Martin to his gang that rides the freeway and illegally changes money with foreigners in buses coming from abroad. Their work is well-organized and it pays really well. Martin comes to enjoy the easy money and the frequent parties as well as the chance to rent a nice apartment to share with the pretty Eva. He gets a cover job as a guard, while a pensioner sits for him on the spot. There are power differences among the moneychangers, and when the gang tries to steal a lucrative gig from the stronger competitive gang of moneychanger Karel, they end up naked on a road somewhere outside the city. Karel's revenge goes even further - their apartments are ruined and the black sale of videos goes bankrupt. That is the end of the gang. Eva refuses to move to Boleslav with Martin, who now works at a conveyor belt, joined by Harry and Richard who squared themselves away in the same factory. But the investigation, once launched by Martin's report, continues and there are even some arrests. Harry kills himself on the run, falling from a high floor. The gang, Beeny inclusive, stands in the court. Martin's sentence is the lowest thanks to Eva, the mother of an illegitimate child. He, however, also learns that Eva is in fact a prostitute and that she used him as an alibi during her parole. 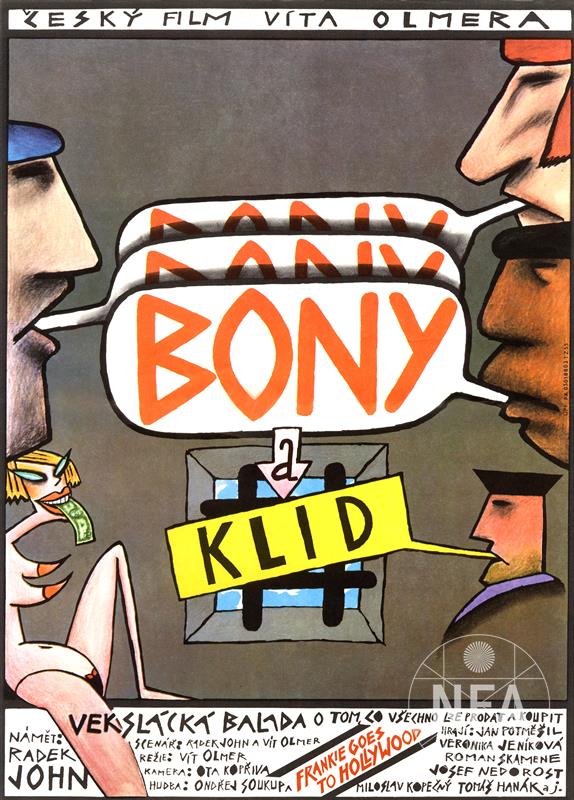 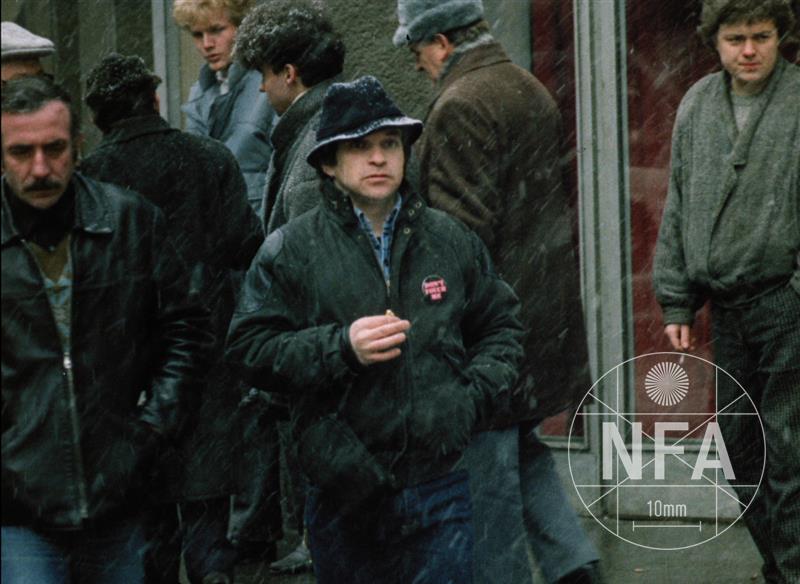 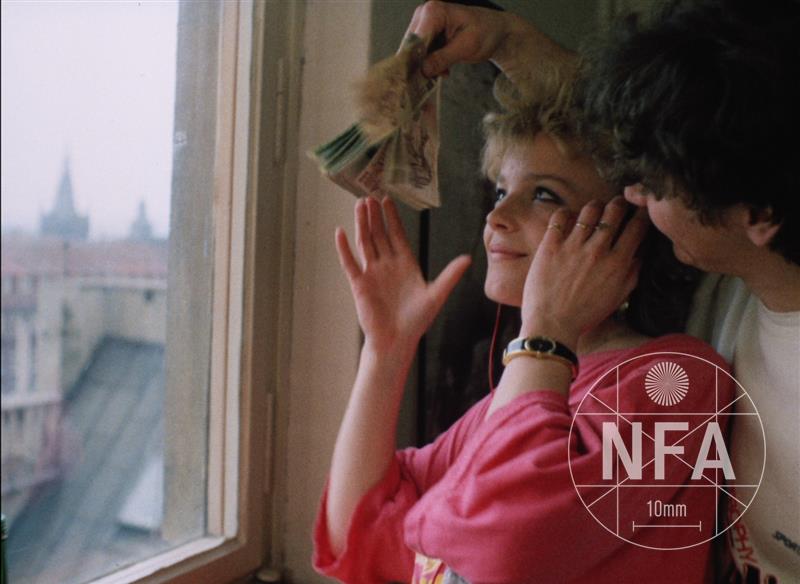 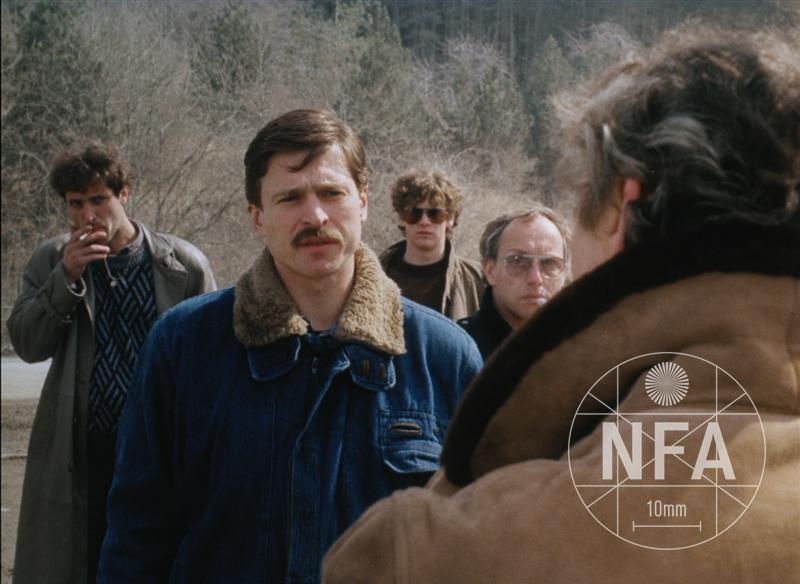 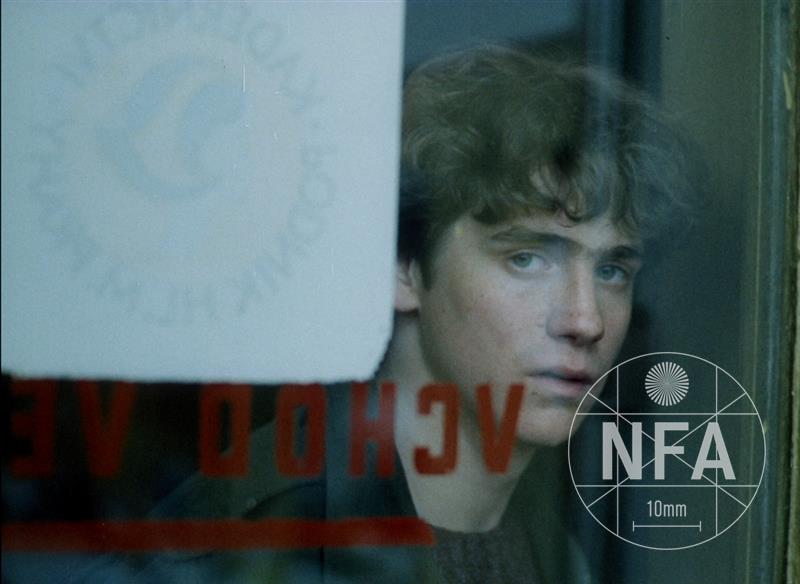 The World Is My Oyster

The Power of Love

I Leave It Up To You

Right On My Pillow