The last feature film from director Antonín Kachlík, this upbeat fairytale is inspired by a story from Josef Lada. The motion picture, filmed on the 100th anniversary, of Lada’s birth, sees the not so well-known Lucie Tomková taking the lead role of Princess Jůlinka. The film tells the story of a poor kingdom, situated around the residential town of Královská Lhota. Rather than pursuing the courtly duties and marriage her father desires she devote herself to, the princess sets out into the world in search of adventure. During her travels, she befriends a ghost called Mulisák and a nix called Brčál (beloved figures in Lada’s stories which are found in his Bubáci a hastrmani – Spuks and Goblins – collection). Along with her new friends, the princess battles against the evil fire-eater Dejmor (Václav Mareš) and also saves a sympathetic young artist by the name of František Kuldan (non-actor Petr Mikula). Ultimately, instead of returning home, the modern princess opts to live among a motley band of circus performers.

The village of Královská Lhota is visited by the envoys of king Hubert who wants to marry the fifteen-year old princess Jůlinka, the daughter of king Lojza and queen Aneka. But the princess much prefers to play with the village boys. The bugbear Mulisák was retired and complains to the water sprite Brčál. The two supernatural creatures leave the kingdom. Jůlinka appears all bedraggled at the royal table and daddy the king orders her to stay in her room. Early in the morning, the princess runs away to the world through the window. She is attacked by a wicked tup on the way but is fortunately saved by a pleasant young man, Franta Kuldan. Everybody in the castle is alarmed in the meantime. The soldiers searching for the missing princess have a fight with some farmers in a pub. Also Mulisák gets a blow to his face and even though the neighbour Nebuč pulls out his aching tooth, the whining bugbear confuses a magic formula and gets stuck in the form of a pony. The two supernatural creatures, the water sprite Brčál and the bugbear Mulisák, are joined by the princess, although she is pretty surprised by the speaking pony and the team of cats instead of horses hidden in Brčál's suitcase. The three fugitives arrive at the Kuldan circus. Here, Jůlinka again meets Franta, who is the ringmaster's son. Thanks to Brčál's cats, they are all engaged. Apart from the Kuldans, there is also the Hoolahoop family with a whole flock of children, and lots of musicians and animals. The only evil person in the circus is the fire-eater Dejmor. The water sprite performs as Cat Baron and the pony Mulisák entertains children. Jůlinka learns card tricks and Franta prepares an equestrian act with her. The two increasingly like each other and Jůlinka gives Franta a four-leaf clover. A devil comes to take Dejmor away but the deceitful circus artiste foists Franta on him instead of himself. The brave princess goes to hell to liberate her friend, accompanied by Brčál and Mulisák. Lucifer promises the courageous girl he will let Franta free if she fullfils three tasks. She is helped by Mulisák with the first one, and Jůlinka thus does not get scared by the Headless Knight. Thanks to her skill at card tricks, she is even a respectable rival to the devil Haramá, and therefore successfully fulfills the second task. She even manages to fulfill the third one: she points at the right Franta amongst his doubles because he has the four-leaf clover she gave him. But up in the world, everything became completely different in the meantime. The circus now belongs to Dejmor and a bad atmosphere prevails there. Dejmor tells the king where his daughter is and looks forward to marrying the princess. The soldiers besiege the circus. The king and the queen watch Jůlinka's performance and they like it a lot. Dejmor is taken away by the devil. Soon, there is a big banquet at the castle. The wise king agrees with Franta and Jůlinka's wedding - and since then, all equestrians wear a small royal crown in memory of the brave princess. 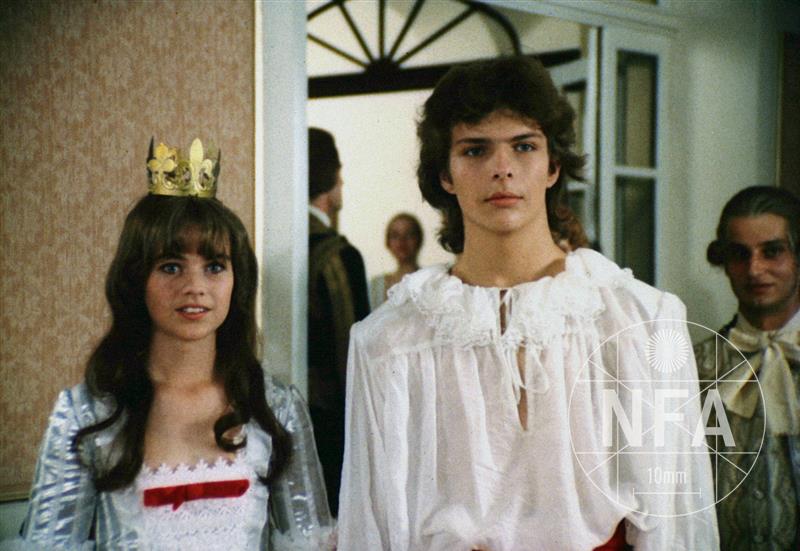 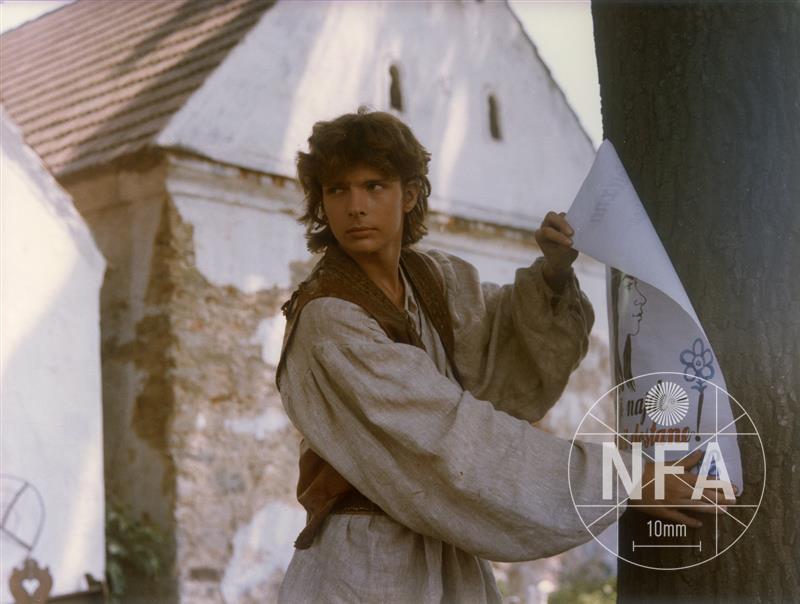 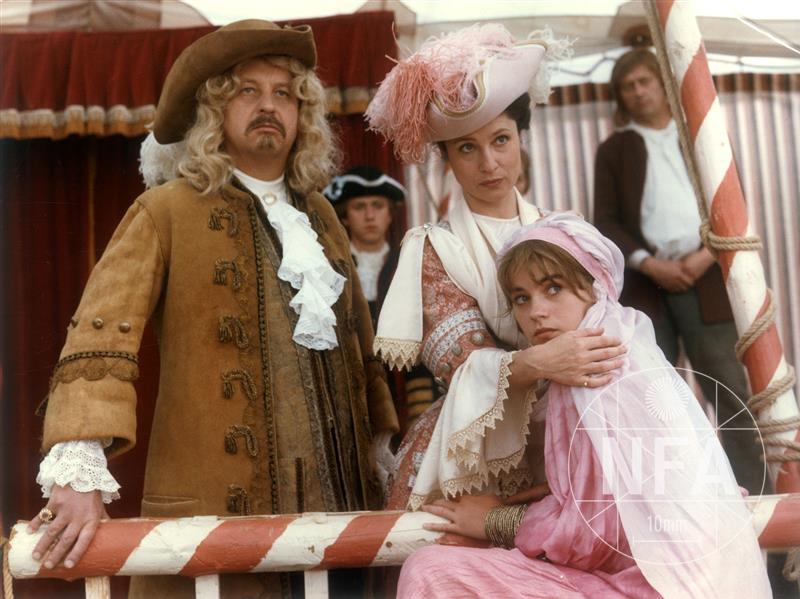 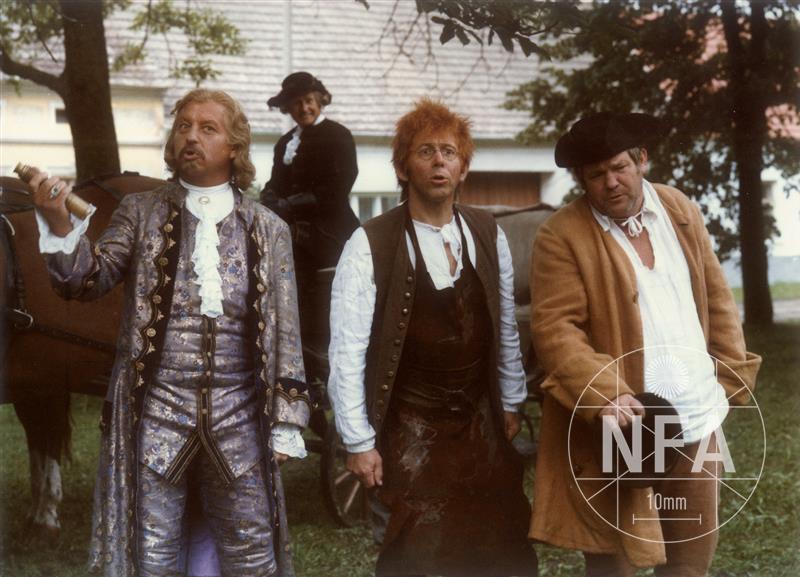 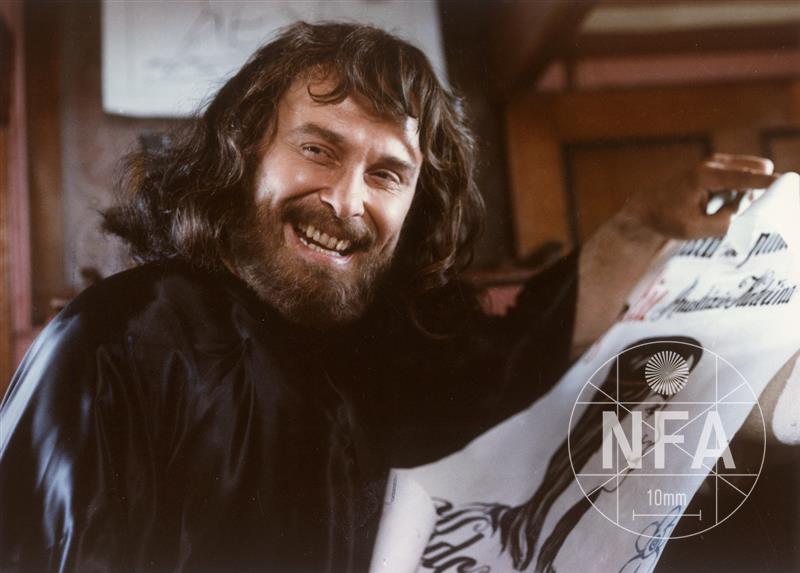