Out of fear of poverty, Frona, the daughter of the present chairman of the Standard Farming Cooperative, Filípek, a few years ago married Floriš Zobač, son of the richest man in the village. The marriage is unhappy, her husband is drinking and beating her, and Frona is more and more often seeing her old love Jura. Frona would like to divorce her husband, but doesn't want to leave in disgrace and without the fields which she gave with her dowry. Filípek, who doesn't like paperwork, gladly accepts the help of the old Zobač. Zobač, on his side, is using the access to the papers of the Cooperative for his own profit. He also bribes the surveyor, whose work is to measure the land to enable ploughing away the field boundaries. The surveyor pretends to be ill, and the work is stopped. Old Zobač tells Floriš, in a nasty quarrel, that he has no intention of giving him the land. Desperate Frona would gladly give up her land now, but she cannot leave because her father-in-law is thereatening her. He has bills of exchange which he tricked Filípek into signing. The new surveyor finishes the work but old Zobač is pulling out the measuring sticks at night. Floriš takes advantage of the darkness of the night and shoots him dead. The suspicion falls on Jura, who, however, is soon cleared. Frona discovers who the real killer is, and Floriš tries to kill her as well. The police agents arrest him. After some time, Frona, already recovering and together with her beloved Jura, is observing the ploughing away of the field boundaries. 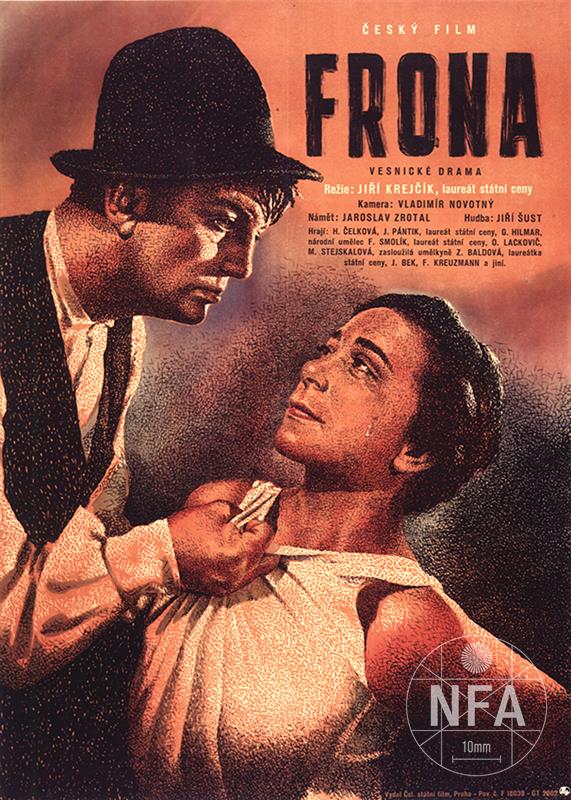