The fourth and final film of this children’s series featuring young criminologist Martin. Following on from Volejte Martina (Call Martin, 1964), U telefonu Martin (Martin Speaking, 1965) and Martin a červené sklíčko (Martin and the Red Glass, 1966) director Milan Vošmik and screenwriter Ota Hofman once again return for this tale. In Martin a devět bláznů (Martin and Nine Fools, 1966) the charismatic captain of the children’s division of the Czechoslovak police force (VB) finds himself in the town of Znojmo. Here, Martin and colleague Kraus help their desperate colleagues to solve a case of stolen toys found in some of the town’s underground tunnels. According to Martin, local rascals – schoolboys Exner and Mandlík – are unlikely to be the culprits, especially since crimes involving the thefts of alcohol and cigarettes have also been reported. Once again Jaroslav Vízner takes the role of the shrewd young detective. The role of Exner – a streetboy turned hooligan – is played by the beloved Jan Kraus, then only thirteen-years-old.

Captain Martin from the police's child department and his colleague Kraus are called to Znojmo to help solve a case regarding stolen toys found in the town's subterranean passages. The members of the local police department are convinced that the thieves are the well-known "customers" from the Znojmo elementary school, pupils Exner and Mandlík. Martin, however, has doubts about these culprits. These doubts grow even stronger after the local self-service shop is robbed and the local tobacco store reports that it is missing a lot of imported cigarettes. Martin questions the children, inspects both shops and searches through the underground. There is a suspicion growing in him – the culprits must be more refined criminals who have picked the subterranean passages as a cache for their thefts. For the moment, he knows about two entrances to the underground - one leading from the town tower and another from the street, while the latter was bricked up right upon the robbery. Martin is convinced that there must be yet another entrance – the one which the thieves rely on. He thus sets off to the underground again with his colleague Kraus, throwing little rubber balls to one of the passages to find out if it really ends up in the river. During the experiment, they run into a gang of local youngsters, including both the woman shop-assistants from the robbed stores, who, undisturbed, are enjoying the stolen alcohol and cigarettes. The youngsters attack Martin. Things would have gone badly for him if he were not helped by the children, led by Mandlík and Exner, who were searching for the robbers on their own to clear themselves of suspicion. 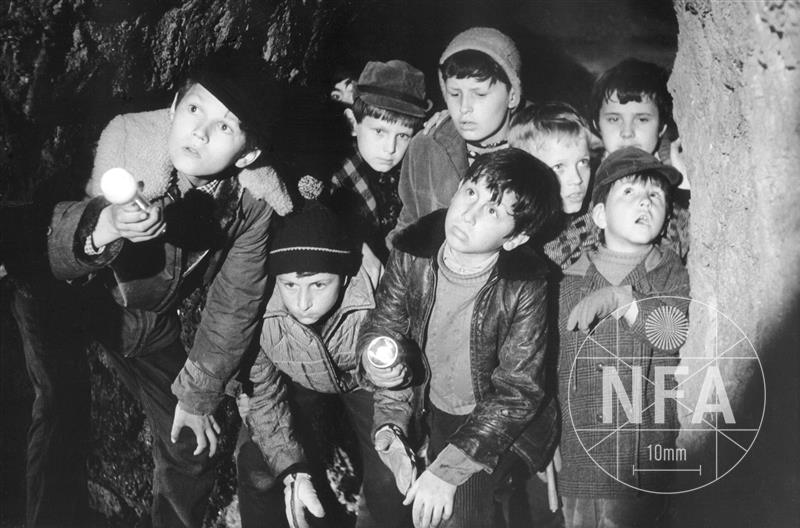 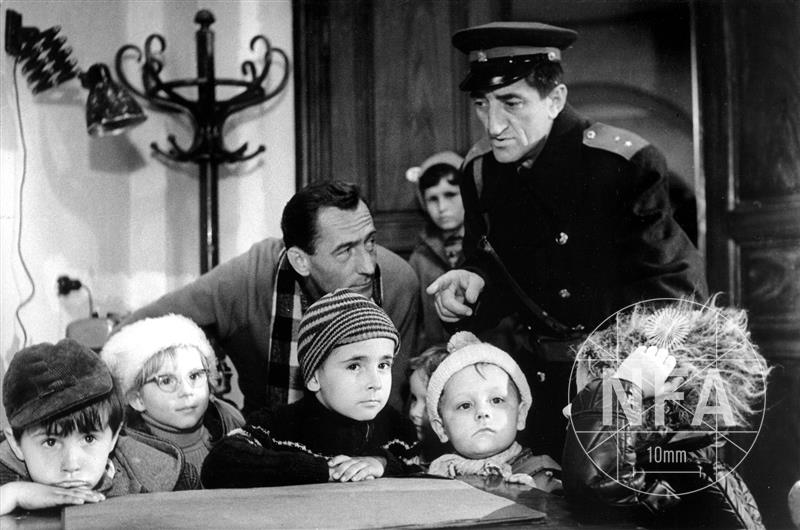 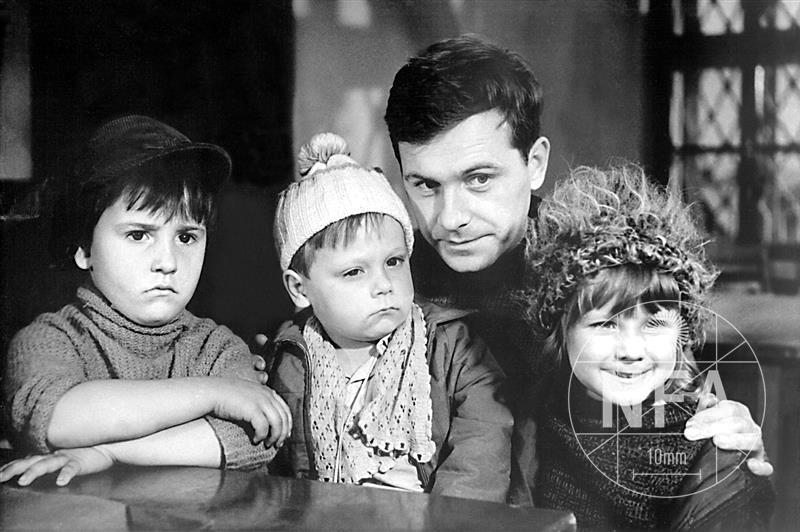