The legendary tragicomedy Hoří, má panenko (Firemen’s Ball), with which the then 35-year-old Miloš Forman brought the Czech part of his career to a close in 1967, ranks among the most exquisite pieces in the family silver of Czech cinematography. The unforgiving portrayal of a rural firemen’s ball is today regarded as a masterpiece of the Czechoslovak New Wave. At the time, however, it was rejected both by the state film industry and (unexpectedly) foreign co-producer Carlo Ponti. Domestic audiences had scant opportunity to enjoy Forman’s picture at the cinema: It was only screened for a few weeks after its December 1967 premiere before, accused of the gross distortion and denigration of socialist reality, being pulled from distribution. The period media repressed the fact that the film, which was to disappear into the normalisation censors’ vaults, received an Oscar nomination in the Best Foreign Language Film category. Domestic audiences did not get to see Firemen’s Ball until 1988, in the perestroika period. After November 1989 critics accorded it the status of a remorseless satire of 1960s communist society. However, Forman himself refused to regard his film as a parable of a particular period. The passing of time has in fact revealed its timeless qualities, primarily its chillingly grim mosaic of human embarrassment, set against a real backdrop with non-actors and with an outwardly spontaneous form. In the film, wretchedness – unaccompanied by shame – engulfs its collective hero: outwardly decent citizens who reveal their weaknesses in the election of a provincial beauty queen, the theft of raffle prizes and the extinguishing of a fire at a neighbour’s cottage. The restored version, created in close cooperation with Miroslav Ondříček, lacks the original opening title stating that the film is not directed against firemen. It was tacked on – in March 1968 – in reaction to artificially stoked protests from allegedly outraged Czech firemen.

In a village under the Giant Mountains, a firemens' ball is in preparation. The former chairman of the firemen, Vrána, is to be rewarded by a golden axe for fifty years of service in the firemens' corps. The men decorate the dancing hall: there is a rich tombola prepared on two tables in the corner, guarded by Josef, one of the members of the committee. When the ball begins, the rest of the committee members try to find girls - candidates for the ball's beauty queen competition. But they are unable to agree upon the winner and their decision-making is moreover constantly influenced by their family members. There are many unpleasant situations during the selection of girls behind the closed door of the office. The whole action results in a fiasco - the girls are shy and refuse to come up to the stage. Josef, too, faces some problems. Every time he leaves the tombola to have a beer, something disappears from the tables. Later, he finds out that the stolen collared pork resides hidden in his wife's bag. In the midst of the celebrations, a fire bursts out in the village. Although the firemen do their best, the wooden cottage of old man Havelka burns to the ground. The villagers decide to donate the tombola takings to him. Upon their return to the dance hall, however, they find the tables with the tombola all empty. The organizers ask the people present to return everything, but the only one to be found by the tables is the innocent Josef who wanted to correct his wife's wrongdoings. The ball is over, people walk away. There is only Vrána sitting in the empty hall, waiting for his reward. But that, unfortunately, was stolen, too.

The text of the song Fire!, the refrain of which gave the title to the film, was written by Fanda Mrázek, but in the film itself the composition is performed in the orchestral form only. The premiere has taken place outside Prague in Vrchlabí in October, 1967. 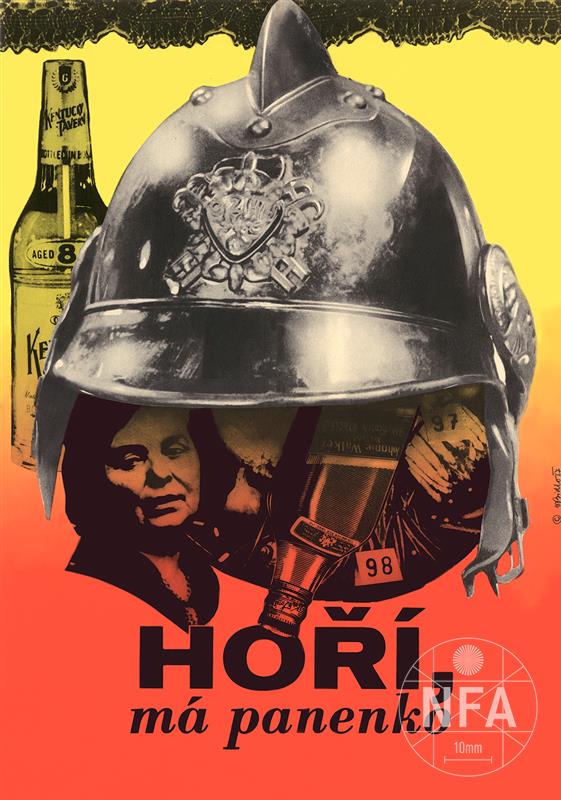 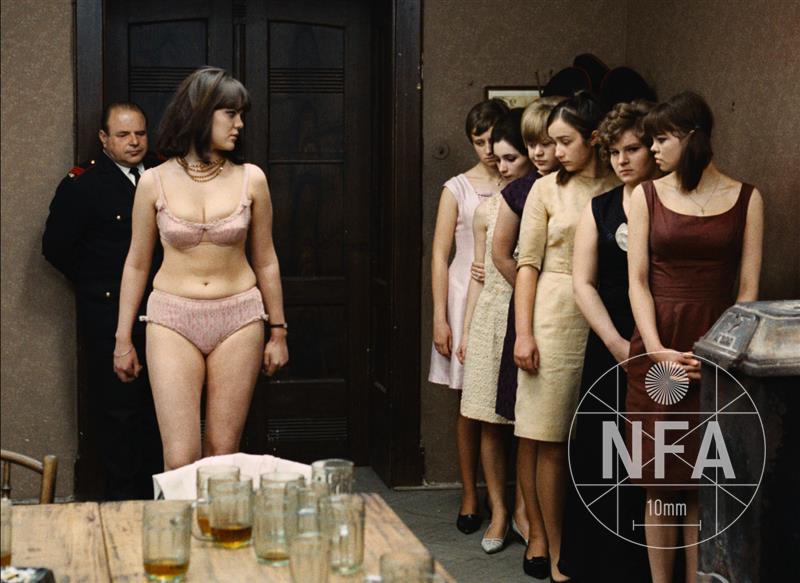 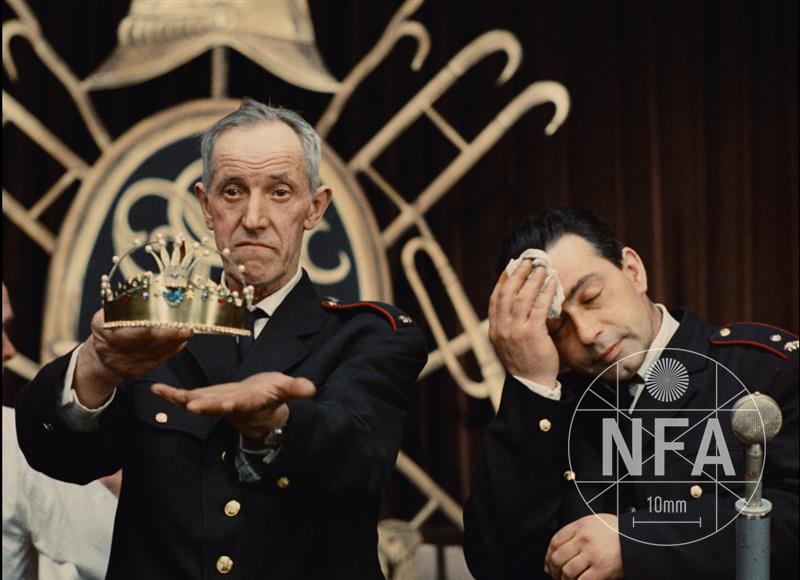 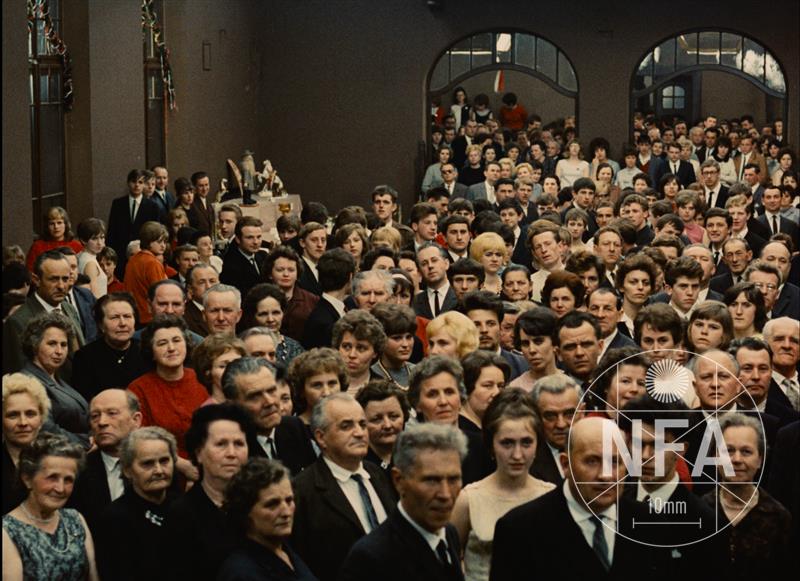 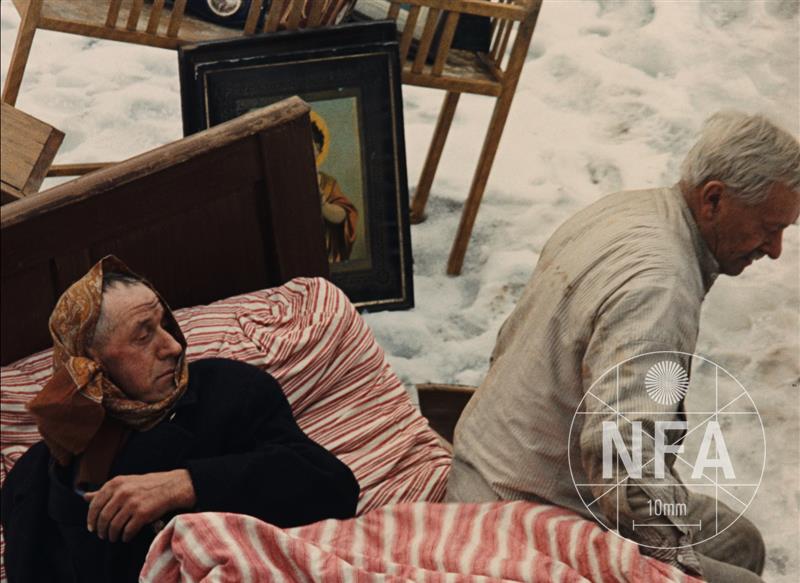