Dagmar Veškrnová’s first film role was as one of the heroines of Juraj Herz’s comedy Holky z porcelánu (Girls from a Porcelain Factory). In this movie made in 1974, the then 21-year-old student from Brno’s JAMU academy played Dana, a zany girl who romantically hopes to find a suitable partner – just like her colleagues from the uninspiring warehouse of a large porcelain factory. Whereas 15-year-old Maruška (Lenka Kořínková) only timidly dreams of love, Dana finally lands a shy plumber played by Jan Hartl. The more experienced Věra (Eva Čeřovská) is due to be married, while Jířa (Jelena Šebestová) already has a child by an unknown father. And Helena (Marta Rašlová) only belatedly finds out that the attractive guitarist, Petr, is actually a milling-machine operator and the son of her boss (Míla Myslíková) to boot… A woman’s view of the world predominates in the story, which is ensured by the debutante screenwriter Jaromíra Kolárová (who also wrote a biopic for Juraj Herz in 1985 about the communist journalist Jožka Jabůrková Zastihla mě noc (Caught by Night)). In the warehouse, where an inventory is underway before the arrival of a new boss, men are in a minority – whether it be the new manager Jarolím (Josef Langmiler) or the pedantic head of the inventory committee Mr Rybička (Mnislav Hofmann, who – like Veškrnová – also appeared in Herz’s detective story Holka na zabití (A Girl to Be Killed) a year later). For Juraj Herz, Girls from a Porcelain Factory was the first film he shot under the restrictive conditions for cinema that prevailed during the “normalisation” era of Soviet entrenchment that followed the Warsaw Pact invasion. For the first time, this leading auteur of the Czechoslovak New Wave tried – with immediate success – to shoot a light, low-key story complemented by none too functional song numbers, which was in direct contrast to his previous highly stylised, mostly dramatic material. The power of the acting performances is helped by the combination of young, virtual unknowns and experienced acting legends. One of the members of the inventory committee was also played by the actor and future director Jiří Smyczek.

The fifteen year old Maruška starts as a new staff in the porcelain warehouse. For the boss Světla Janíková it is the last straw. She asked to extend her staff consisting of four girls and a retired lady by a man, not a child. The kind and ever fussy Světla, battling in vain with overweight decides to leave her position and to take another one in the office. As soon as she finds out that the position will be taken by Arnošt Jarolím, she insists on a hand over inventory. The girls work also on weekends but this complicates their private life. Věra has to postpone her wedding with Stáňa. The single mother Jířa has sometimes problems with baby-sitting of her Jiřinka. She does not know anything about the father of her child - it was her first and last date and she was shy and looked at the man's shoes and tie only. The attractive Helena wants to be a singer and surrenders to the seductions of the guitar-player Petr, who promises her that she will sing in his group. The crazy Dana wants a partner so much that she lays down a shy plumber. The head of the inventory commission, a tiny man Rybička insists on counting of hundred thousands plates and the action takes time. Helena is pregnant and only later she finds out that Petr is in fact a miller and a beloved son of Světla. The new boss Jarolím is on the top of it Světla's ex-husband and she has not forgiven him yet his old adultery. Světla decides to stay in her function. Rybička together with Janinka are walled up by piles of plates and from this delicate situation they get helped by Dana. In her rashness she does not manage her dodgem and she drives in the plates in full speed. 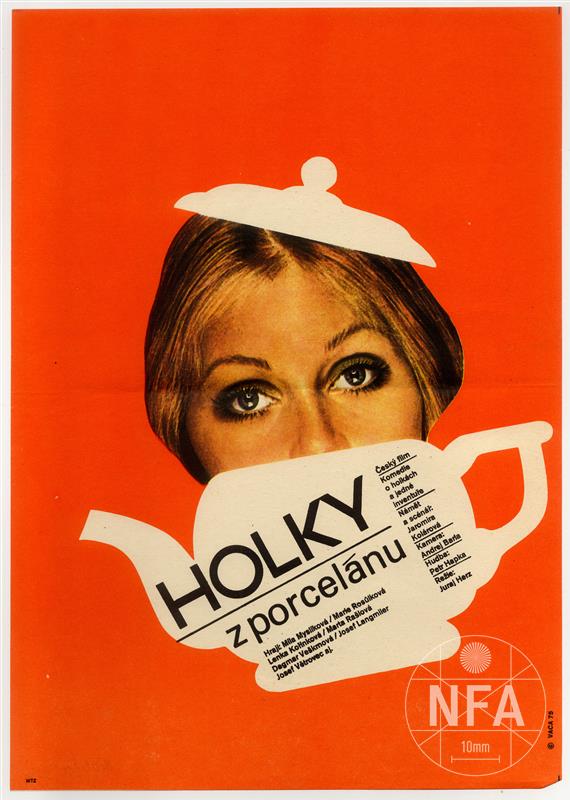 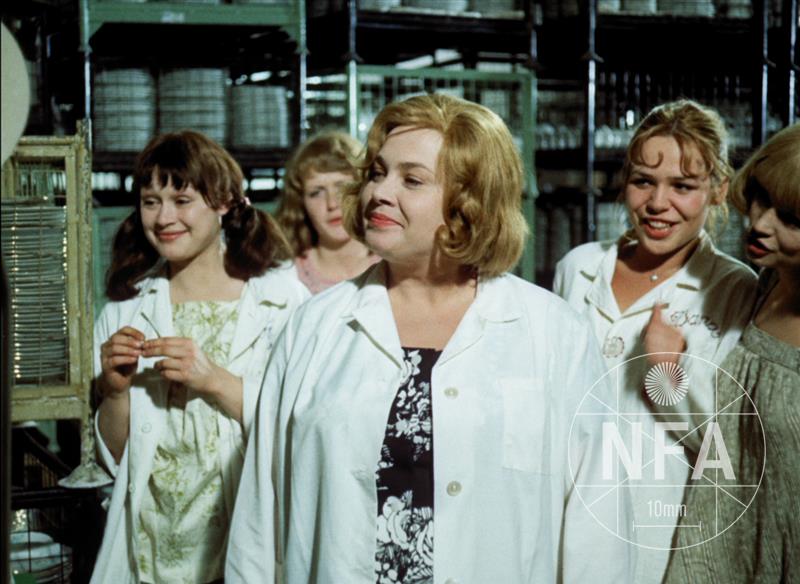 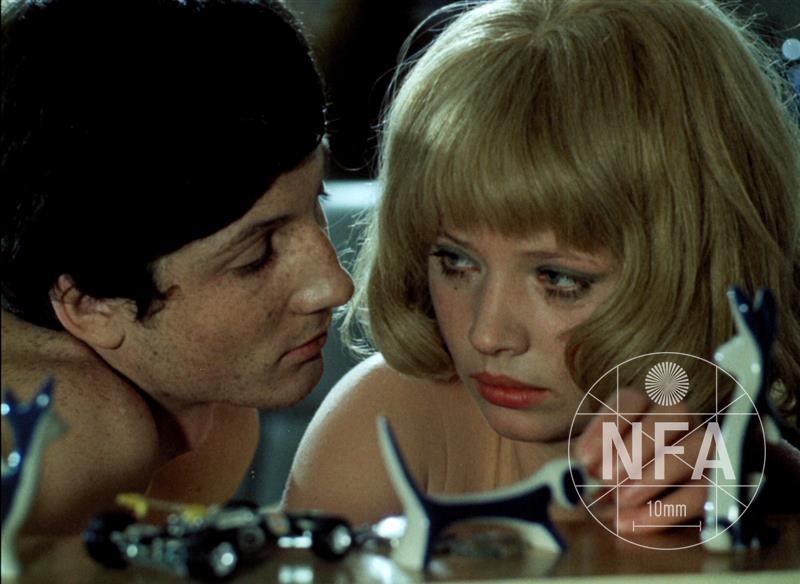 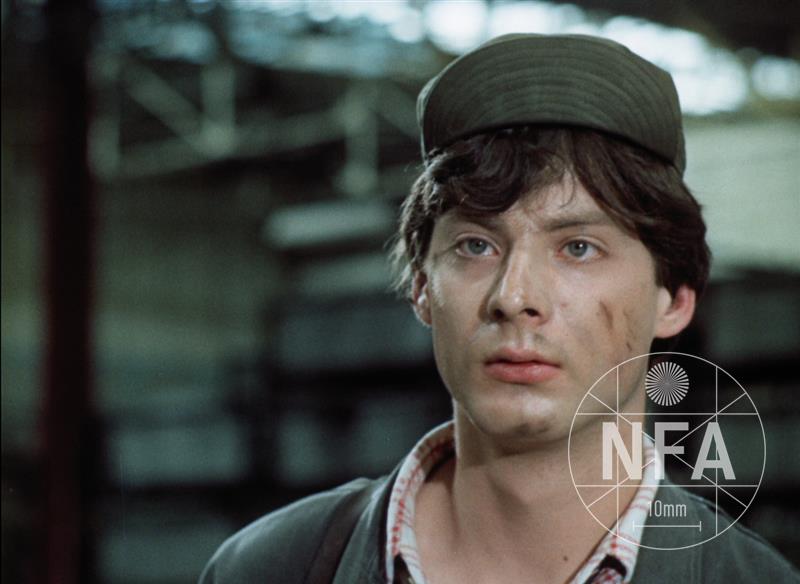 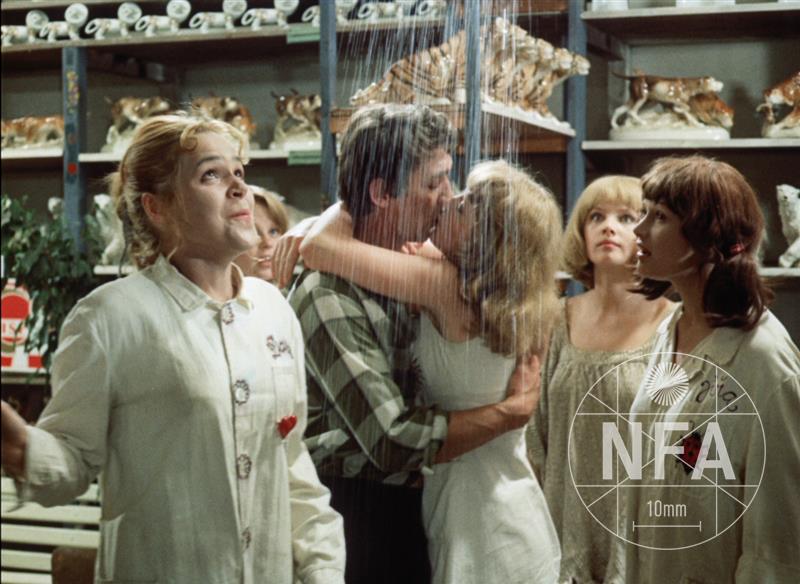