As an actor, Filip Renč made his debut at the age of just four, in the 1969-1978 Czech television series Pan Tau (Tau). He grew to become a popular, talented child actor. In Ota Koval’s 1978 drama Nechci nic slyšet (Leave me alone!), the future film director plays 11-year-old Marek who loses his parents in a car accident. Despite the efforts of specialists and his new foster family, Marek cannot cope with the trauma and refuses to speak. New hope that he might be helped is kindled with the arrival on the scene of three members of a travelling student theatre troupe. One of them, a girl named Mimka, decides to assist the boy in returning to normal life. Dagmar Bláhová, who plays the part of the helpful student, is well known for her performances at the Brno theatre Na provázku, as well as for a number of films, most notably Věra Chytilová’s Hra o jablko (Apple Game, 1976). Jana Brejchová stars as Marek’s adoptive mother.

A merry christening celebration in a big garden has a tragic epilogue. One of the invited families is returning home in their car and the euphoric father collides with a train at a crossing. Eleven-year-old Marek loses his parents in the accident. He recovers from his physical injuries but the psychological damage is far worse, and the boy stops talking and retreats entirely from his surroundings. Even a new home in a foster family in the care of a loving foster mother fails to help. Marek keeps secretly leaving home, collecting pebbles, and taking them somewhere. Three actors from a student theatre, the girl She and the boys You and Me, are touring the country villages with a mime performance. Marek comes across their trailer in the woods. The mime girl She wants to help Marek. She realizes that the boy is terrified of trains. But he still goes to the railway tracks each day, dropping pebbles into the net that protects the railway from falling rocks. All the children in a small village are delighted by the mime, only Marek remains unmoved. She writes a special play about a doll that has learned to speak. Marek is upset. He runs to the railway tracks and attempts to throw the net packed with stones onto a train to revenge his parents. The girl She, who has secretly followed him, attempts to stop the train. Everything ends well, but Marek falls down in a faint. The mimes are gone and She has left a toy machine with a dancing figure in a pile of pebbles for the boy. The balloon rising up in the distance over the departing trailer rouses Marek to say his first words, directed to his foster mother.

Karla Chadimová and Jan Tříska were originally cast in the roles of parents, but they both emigrated from Czechoslovakia in the year of production. Jan Werich was originally cast as Béda, but was prevented by illness from taking the role. The entire film script was dictated by the director Ota Koval to the script editor Marcela Pittermannová while lying on his belly during many months of rehabilitation after his own serious car crash and resulting paralysis. 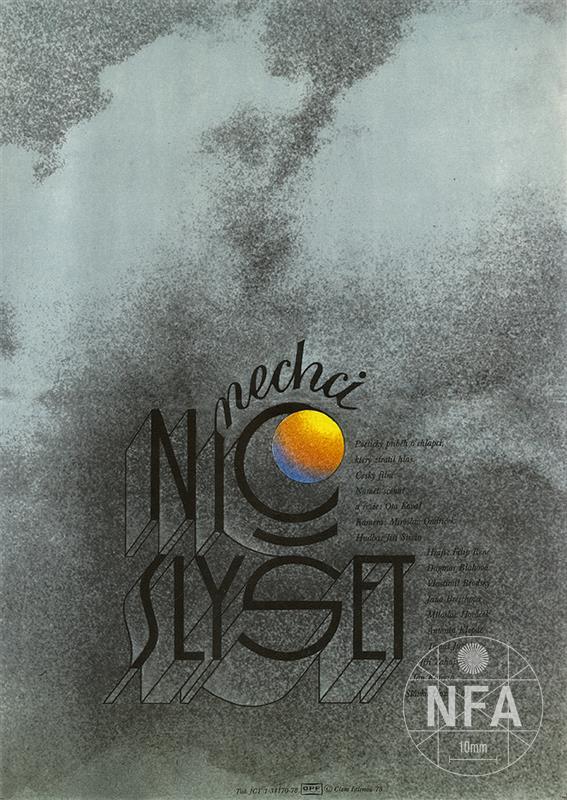 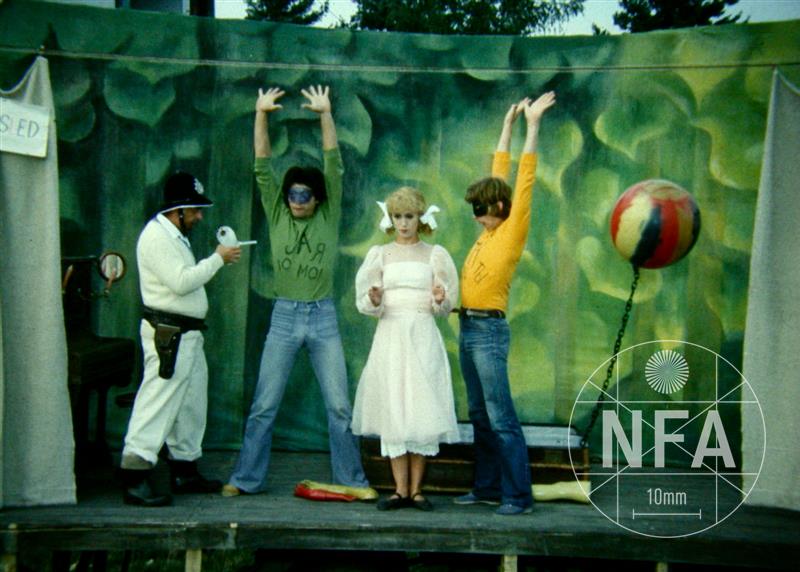 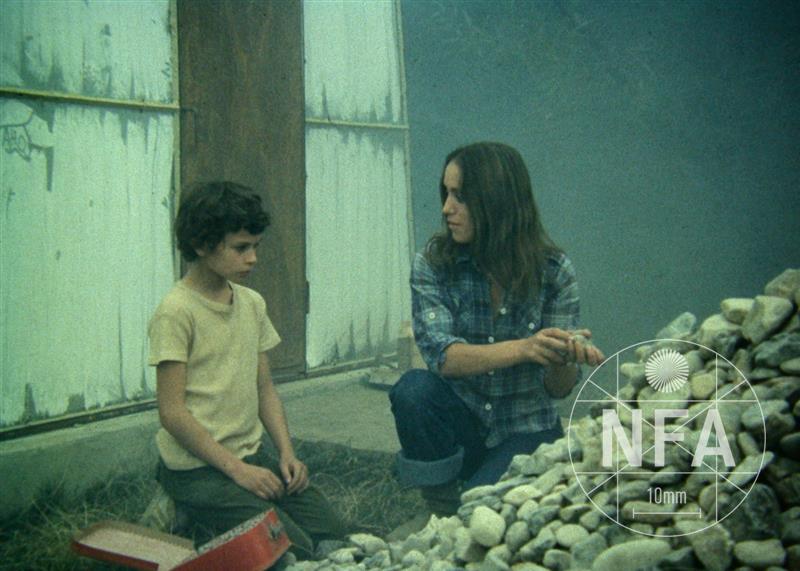 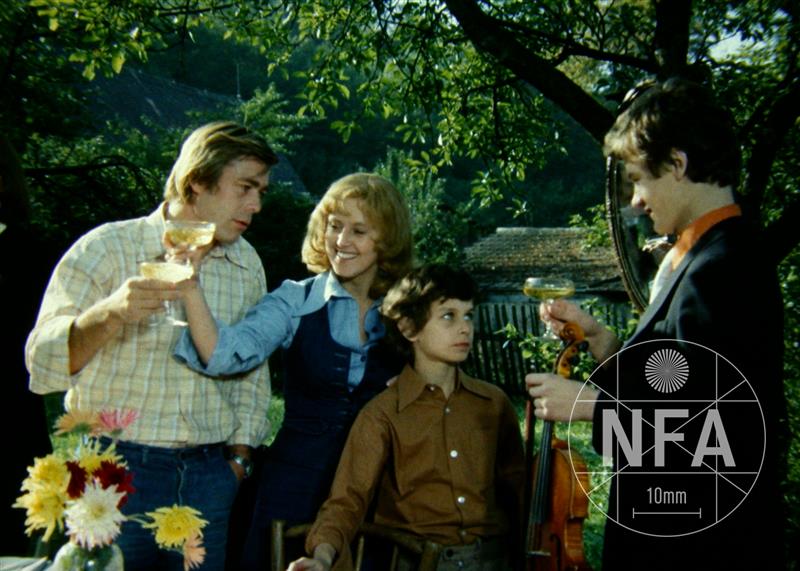