Choosing to follow up on Svatby pana Voka (Weddings of Petr Vok of Rožmberk, 1970) after nearly a decade, Karel Steklý created another costume comedy feature. This 1979 film introduces the protagonist as the now ageing, pleasure-seeking renaissance aristocrat Petr Vok of Rožmberk. Martin Růžek replaces Miloš Kopecký in the leading role for the sequel. Over the years, the hero has been overtaken by a quite different mood – he is a depressed widower at an advanced age whom his friends try to entertain in vain. Why, they would even get him a “genuine” mermaid… But Petr has grown tired of female company too: he escapes the marriage-seeking Countess von Montfort (Iva Janžurová) and dedicates himself to more profound matters commensurate with his age. He declines to involve himself in a plot against Emperor Rudolf (Zdeněk Řehoř) and in time he finds a new sense in life through a friendship with eccentric inventor Žabka (Václav Neckář).

Petr Vok changes entirely after the death of his wife Kateřina, although in fact he has not been particularly fond of her. He is uninterested in women, and is often gloomy and silent. His friends and family try to distract the noble lord, but without success. Neither graceful young girls nor the sight of his court full of his illegitimate children cheers him up. Vok receives a visit from the Archduke Matyáš, who wants to persuade him to join a conspiracy against the Emperor Rudolf. Vok refuses, and on the contrary saves Rudolf from his enemies in his steam coach. Vok also resists the amorous snares of the Countess of Montfort, who would like to take Kateřina's place. In his forests, Vok is tracking down the young poacher Žabka, but soons makes friends with him, for Žabka offers to make a reality of Vok's lifelong dream - to fly like Icarus. Vok watches Žabka's work on the flying machine with pleasure, and sees his own features in the boy's face - for everything suggests the boy is his son. One day, Vok witness Žabka's take off, but also his fall, which kills the boy. Having grown so fond of the boy, Vok can no longer stay in his chateau. He sets off on the road as a vagabond. In an inn where he stops he refuses to drink to the health of King Matyáš. 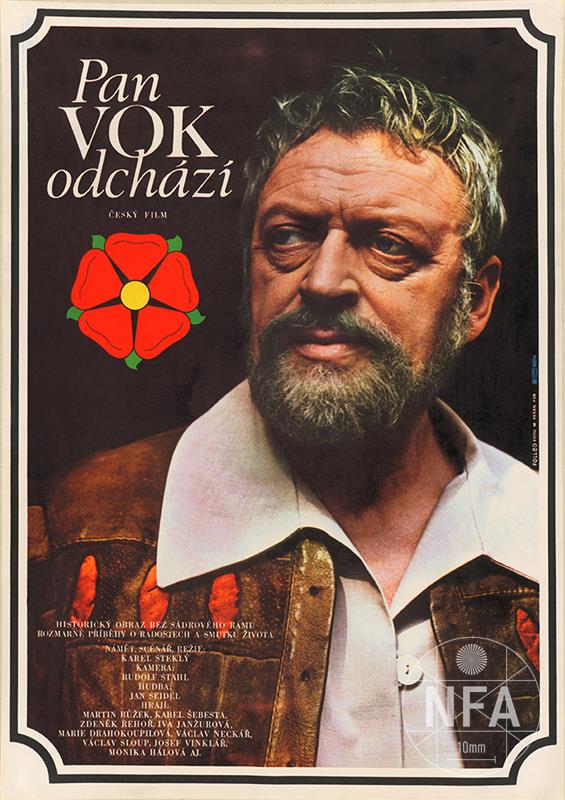