This 1981 story of a young rural teacher, directed by Vojtěch Trapl, is one of the most famous examples of 1980s “normalisation” era filmmaking. Trapl, a true functionary, exclusively geared his career towards producing stories espousing the virtues of the communist regime. His output includes Tobě hrana zvonit nebude (The Bell Will Not Toll for You, 1975) and Vítězný lid (The Victorious People, 1977). Velké přání, a final effort from Trapl, tells the story of teacher Jan Poncar, who undertakes the difficult task of trying to teach a group of sixth-graders in his native south Bohemian village of Doubravice. In the end, Poncar succeeds in engendering a thirst for knowledge in his pupils, convincing them to partake in special activity groups. His grateful pupils in turn support the teacher when he is accused of having paid insufficient attention at a point when somebody tossed a tomahawk in the school playground. The lesser-known actor František Skřípek takes the lead role.

Jan Poncar leaves Prague to teach in his native Southern Bohemia. He is driven to the village of Doubravice by his girlfriend Eva. But the mondaine girl does not want to live in the village and the couple breaks up. The headmaster Karpíek welcomes the fact that the female staff will finally be added to with a man. Pupils of the sixth grade which Karel takes over are unruly and have a great lack of knowledge, which is soon proved by a dictation. The inexperienced teacher, however, does not really manage the first lesson. The children bang into their desks with the first merest pretence. There are distinct personalities in the class: the impudent Pepík, the assiduous Anička Lebedová, the moody Ivo Strnad and the sensitive and intelligent Tomá Kalous. The last-named lives alone with his mother, Poncar's colleague Marie. The teacher finds a way to get rid of the pupils' banging - he joins the vociferating kids himself. He suggests they establish a scoring system to assess fulfilling tasks, initiative and independent thinking. He fulfills the winners' wishes, takes the children to the countryside and teaches them to employ their acquired knowledge. He gradually wins their favour. Only Ivo relies on his mother, the chairman of the parents' association, who blames the teacher for the worsened school results. The female teachers are largely jealous of Poncar's increasing popularity. They are all mothers of families and have no time to tend to the pupils in their leisure time, while the teacher heads several interest clubs. An emotional relation begins between Jan and Marie but Tomá longs for his father's return. Eva regrets their breakup; she has, however, lost Jan definitely. The boys throw a tomahawk in the school playground under Jan's supervision. But Jan's attention is diverted by a colleague and Tomá unfortunately wounds Ivo who ridiculed him that his father will never come back. An investigation begins and Strnadová wants exemplary punishment. The colleague's testimony and Ivo's confession help the teacher. Also the school caretaker Král stands on his side, claiming that Poncar would make even comrade John Amos Comenius happy. 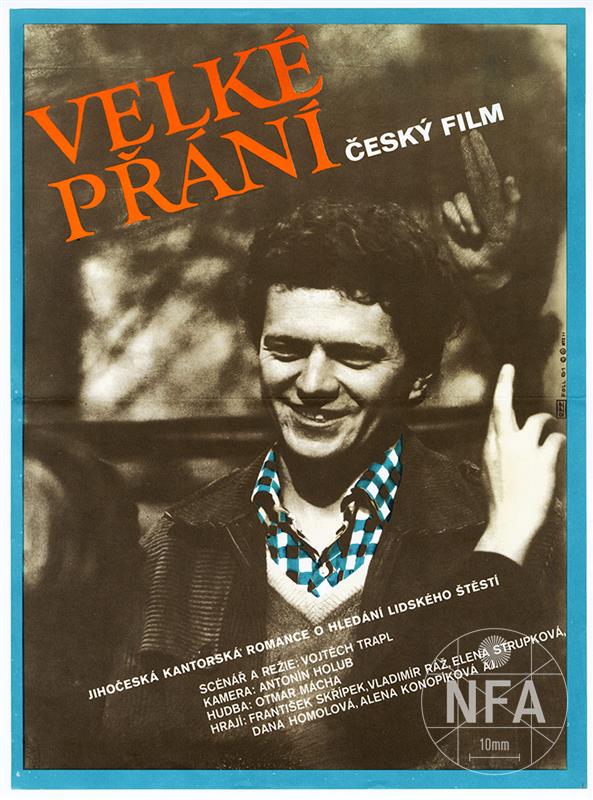