This 1982 comedy about freshly released thieves unsuccessfully trying to better their lives turned out to be the last film entered into director Petr Schulhoff’s filmography. Schulhoff thus wound up a decade of making films primarily devoted to satirical narratives dealing with all manner of abuses and difficulties in a modern socialist society. The filmmaker particularly focused on bruised inter-human relationships. This is seen in his comedy Hodíme se k sobě, miláčku…? (Are We a Good Match, Darling?, 1974), which squeezes fun out of a computer selecting life partners; his double critique of the petty bourgeoisie via the films Zítra to roztočíme, drahoušku…! (We'll Kick Up a Fuss Tomorrow, Darling!, 1976) and Co je doma, to se počítá (What I Have I Hold, Gentlemen!, 1980); and in his satire on misanthropy, Já už budu hodný, dědečku! (I’ll Be Good, Old Man!,1978). He was, however, also ridiculing the fraudulent practices in which state enterprise recruiters indulged (Já to tedy beru, šéfe! [O. K., Leave it to Me, Boss...!, 1977]). The comedy Příště budeme chytřejší, staroušku! (Lets Be More Clever Next Time, Buddy!) deals with both thematic areas – on the one hand it gives an account of the relationship between two crafty repeat offenders, while on the other it describes the dirty tricks cunning socialist asset strippers use to enrich themselves… The thieves Karel Vašátko and Gustav Makovec vainly try to start a new life after having been released from prison. However, they are surrounded by legions of enticers who foil their honest endeavours. Their experiences in the car repair shop and with a delivery drivers' enterprise kindle fresh creativity in their minds. This prompts them to once again start actively stealing from their naïve fellow men. Their plans, however, never work out in the way they wish and their crimes start to turn against their own fortunes. But they quickly stop mulling over how they might lead a decent life – it is, after all, all a matter of being wiser the next time… Schulhoff, who also wrote the screenplay, produced a simple story about criminals being deceived to serve as the backbone of what is a light folk comedy. The main parts are taken by Karel Augusta and František Peterka, an actor whom, as one of the director’s favourites, appeared in the majority of Schulhoff's films. Schulhoff also allotted parts to very much tried and tested Czech comedy actors Helena Růžičková, Jan Skopeček and Vladimír Hlavatý.

Gustav Makovec and Karel Vašátko are released from prison and make a resolution to begin a new, honest life. They find work in a car-mechanic's workshop of the Frigotherm enterprise where their resolution, however, soon withers. They fulfill their foreman's wish to make a car, which is in good condition, look like a wreck. But the planned deceit fails and the foreman does not prolong their work contract. The two find new work as driver and co-driver in the Kotlana enterprise. Makovec solves the problem of the insufficiently used capacity of the vehicle by assembling a folding case which makes the road controls think that it is fully loaded. But their boss does not want to have anything to do with the idea and eventually fires the two men. Makovec is outraged and convinces Vašátko to rob the old Kuklík who brings the daily takings from the local shop to the post office. But this trick does not work out, either. The publican Julinka offers the two a profitable "deal" – to distribute alcohol gained on the black market for ten percent of the profit. The operation succeeds thanks to Makovec's clever plan. Julinka, however, offers them free food instead of money. The next action concerns a fur coat which the two men's acquaintance Babánek wants for his wife. The two scamps thus go to a theatre and manage to steal the coat. But Babánek gives them only a few hundred crowns for it. The scamps compensate for the failures only by the sale of a fictitious cottage to Julinka. They "borrow" a luxurious car and go for a trip. They get drunk beside a pond and fall asleep. A fisherman takes advantage of their sleeping, stealing Makovec's jacket in which he had spotted some banknotes, and escapes on a motorcycle. The robbed thieves pursue him. They are halted along with the fisherman by the police patrol for speeding. The three men blame each other for robbery and they all finally end up at a police station. Unable to explain the origin of the money, Makovec and Vašátko are eventually imprisoned again, comforting themselves that they will be more clever next time. 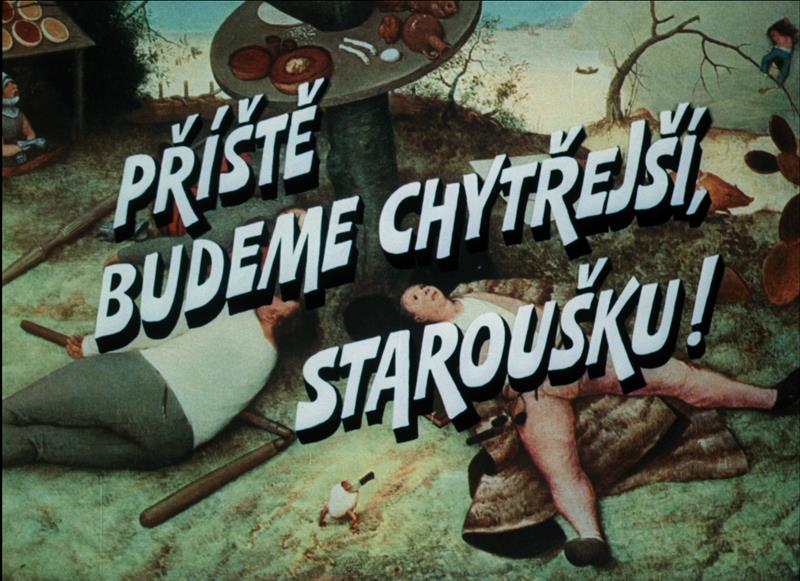 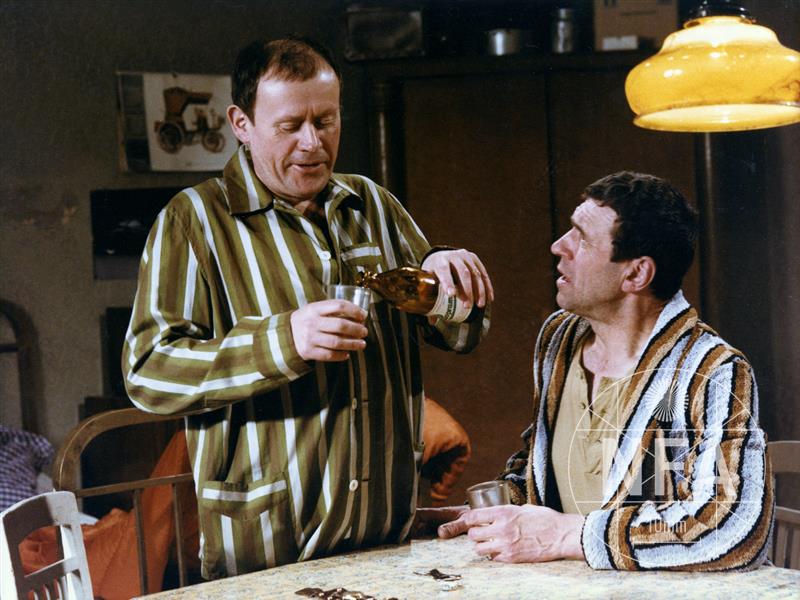 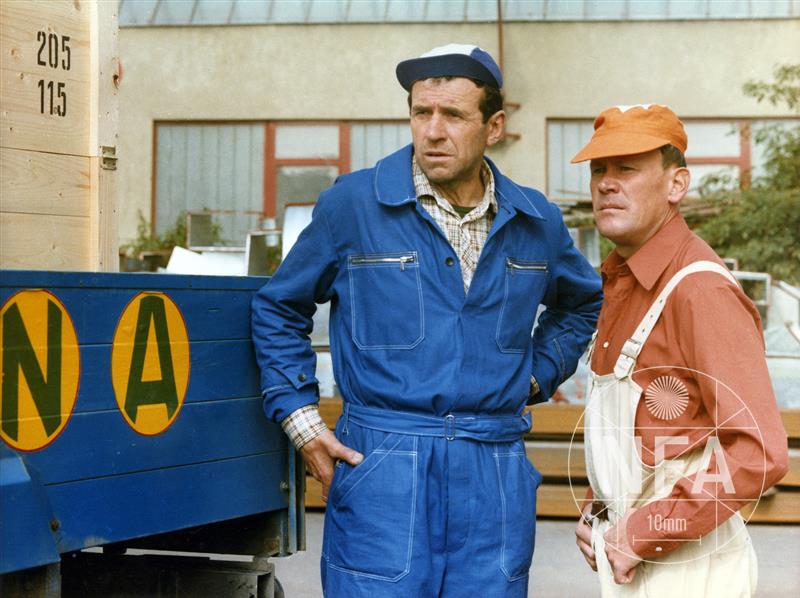 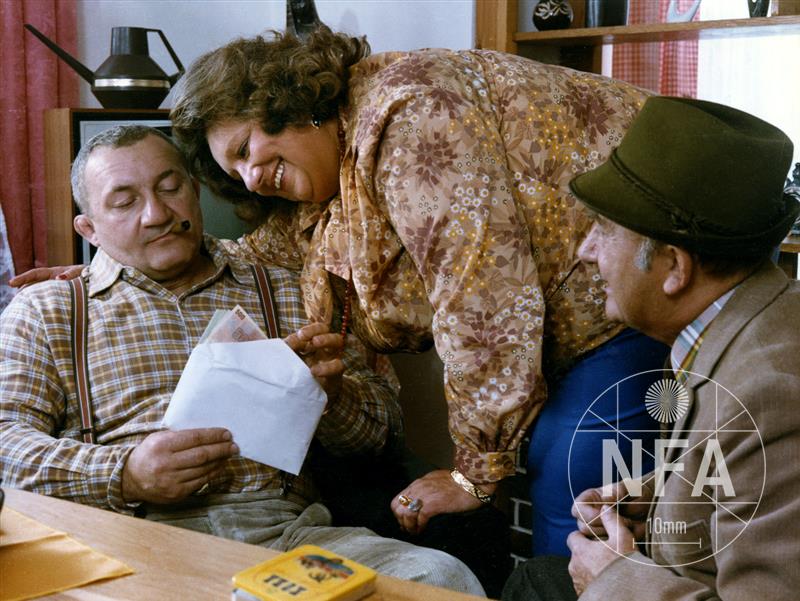