Directed by František Vláčil, this 1984 film, adapted from a novel by Josef Čapek, was written by Vladimír Körner. The highly experienced director planned for a number of years to make an adaptation of this story, but only realised his dream at the end of his filmmaking career. Along with cinematographer František Uldrich, Vláčil brings to life a concept in which the main characters’ stories are interwoven with the shots of the natural world, which form an integral part of the overall narrative. The main protagonists of Stín kapradiny (The Shadow of a Fern, 1984) are two poachers, Ruda Aksamit and Vašek Kala, on the run from the law after one of them shot and killed a gamekeeper. They end up wandering aimlessly through the woods, becoming increasingly alienated from each other, and causing more irreparable damage… Director Vláčil casts two Polish actors in the main roles: Marek Probosz and Zbigniew Suszynski. Miroslav Macháček appears as the gamekeeper.

The eighteen-year old Ruda Aksamit works in a travertine quarry. The only thing that interests and controls him is his passion for poaching. He goes to the forest armed with a sawn-off shotgun. He is often accompanied by his friend Vaek Kala who prefers to lay poacher's snares. One day, Ruda shoots a roe-deer. As soon as he attempts to finish it off with a hunting knife, he is disturbed by a gamekeeper. Ruda shoots the forest caretaker dead in no time in an ambush. The two friends hide the body under some stones and run away. On the way, they run into an old married couple - the Čepelkas - the undesired witnesses of their presence in the forest. The two young men know that they must disappear from the village. Ruda only keeps the gun which he took from the dead gamekeeper. Vaek is tortured by the idea of the dead man's funeral. They only partially succeed in avoiding people during their escape. They steal money, clothes and a revolver from an abandoned mill. They jump on a goods train on their further way. Ruda sitting together with Vaek gets drunk in a pub at a small railway station and brags about his sexual experience with a Prague prostitute called Valérie. Vaek apparently has no experience with women yet. A gendarme gets on the bus by which they travel next, and the two runaways thus feel they had better get off at the first stop. They can sense that the man of law has noticed them. They run through a forest and meet a man resembling the gamekeeper. Vaek is exhausted by coughing and feverish dreams. Ruda wants to abandon him unscrupulously, but Vaek eventually goes on using the last of his strength. The two are spotted in a cave by a girl from a scout group. A young dressmaker called Rousová goes through the forest, taking a wedding dress to a customer from the neighbouring village. She meets the gendarme Marjánka who is courting her, but the girl turns down his offer of marriage. The runaways lie in wait for the young dressmaker and try to violate her - fortunately without success. Vaek gets scratches on his face during the fight. The dressmaker is saved by the girl scouts who overheard her call for help. Ruda and Vaek get drunk in a railway workers' shed. Vaek, buying alcohol, meets a beggar - yet another man with the gamekeeper's face. When they sing, drunk, they are found by the gendarme Marjánka and Ruda shoots him dead. The rather sensitive Vaek cannot understand Ruda's brutality. The two boys glimpse a white deer but find themselves unable to kill it. They are surrounded in a potato field and become the targets of many bullets. Ruda shoots one of the men dead but then dies himself. Vaek watches over his body all night. In the morning, he kills himself with Ruda's gun before the gendarmers can get to him. 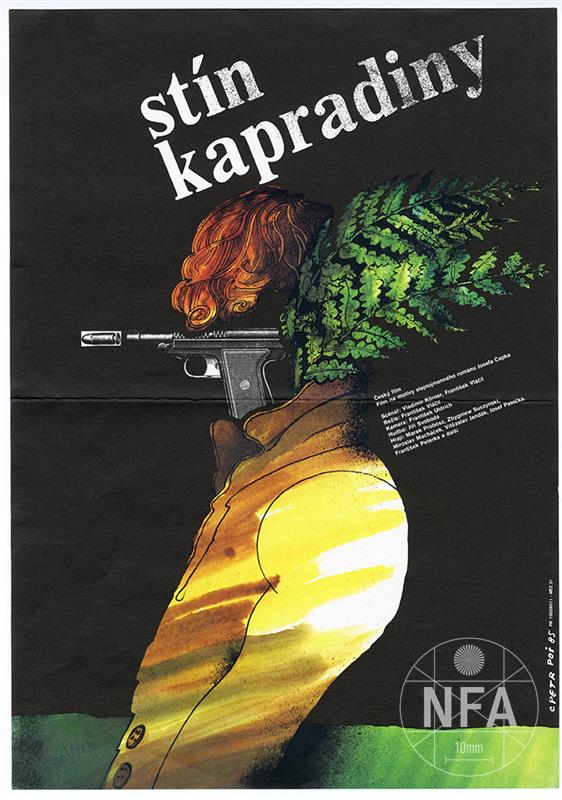 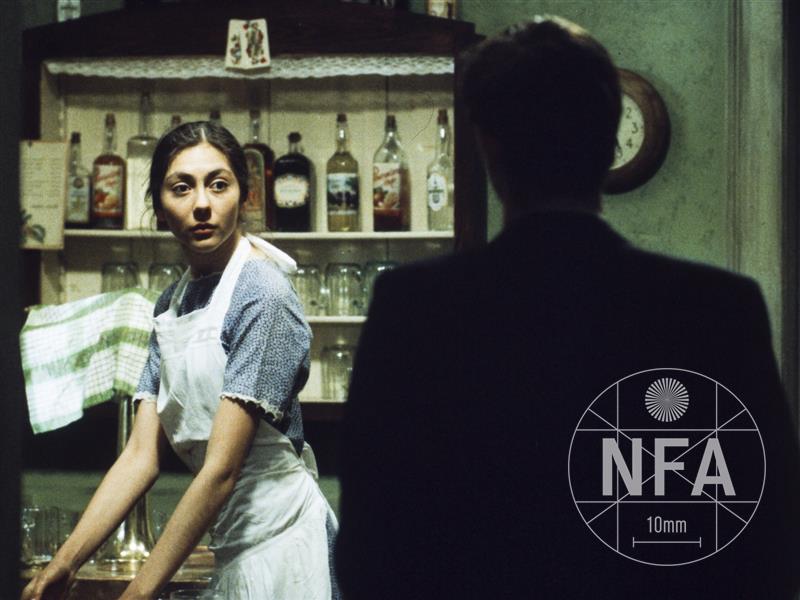 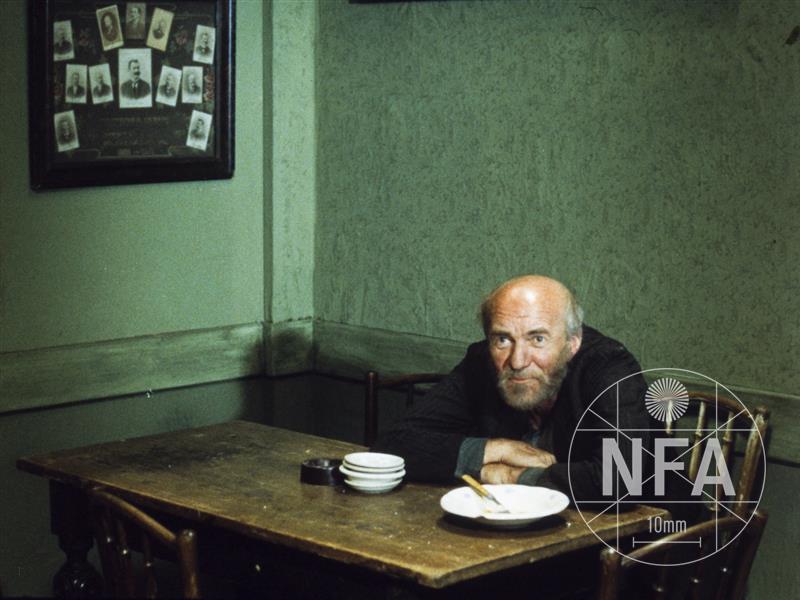 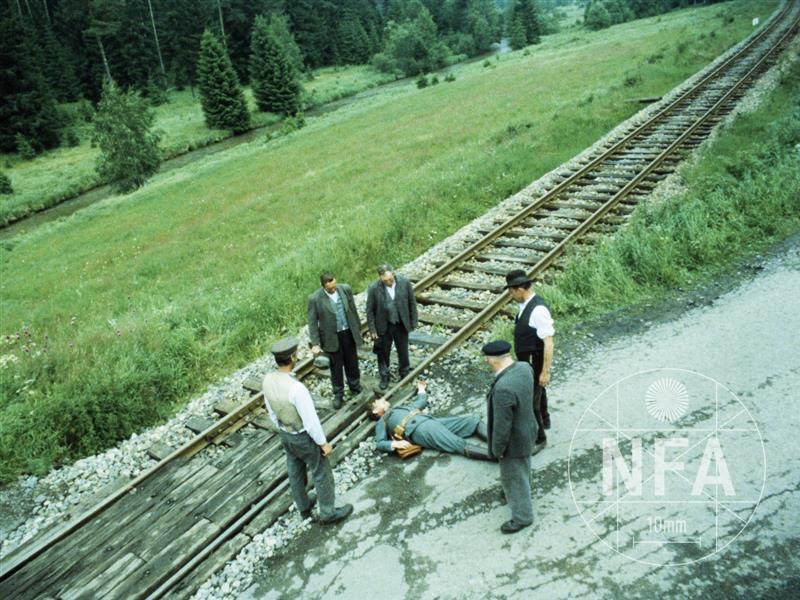 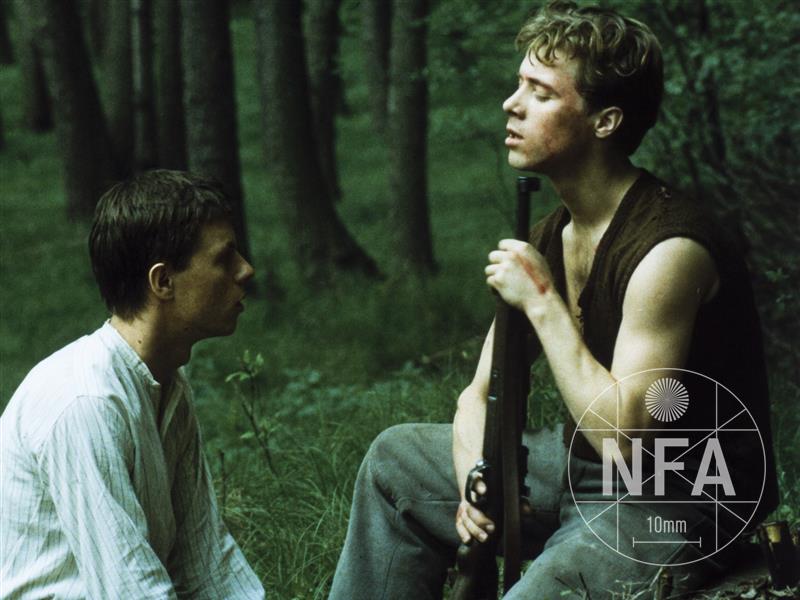