This 1985 film, directed by Antonín Kopřiva and based on a novel by Litvínov native Jiří Švejda, is about a normal, conscientious and decent man who due to his personal ambitions finds himself on a slippery slope. Demolition blaster Kamil Coufal (Petr Pospíchal) accepts an opportunity to make some money on the side as he longs to finally realise his dream of buying a weekend cottage. He gets increasingly entangled in petty thefts and illicit dealings, thus not only putting his work but also the – relative – stability of his marriage at stake… Petr Novotný wrote the screenplay with a very sensitive understanding of Švejda’s novel. The impossibility of personal self-fulfilment so typical of that period, as well as the bleakness of the devastated North Bohemian landscape, thus seep into this classic morality tale. Attesting to the powerfulness of this bleakly melancholic account are also the fact that the communist regime’s censors interfered with the film’s final appearance and the reality that director Kopřiva was not given a chance to work again until the 1989 Velvet Revolution.

The shot-firer, Kamil Coufal, prepares an extensive demolition of a building in a chemical factory in Northern Bohemia. Coufal is a successful and respected expert. He becomes obsessed with the purchase of a cottage, called White Seclusion, where the old woodcarver Vodrlík lives. Coufal's marriage is in slight trouble. Kamil is perhaps rightly jealous of his wife, Zdena, a operation-room nurse at the policlinic, who used to have night duties with doctor Kraus, who is openly courting her. The Coufals love their daughter, who has some health problems. Coufal refuses to use the entire floor of his parents' house for holiday. Zdena gets along with his parents better then him. Zdena also likes the cottage, White Seclusion, but she does not know how to get money for it, although Kamil has a high salary. Coufal's former schoolmate, epka, a wine-house manager, lets him earn the necessary money. As years ago, Kamil can play piano in the evening in his wine-restaurant. In return, Kamil has to install water and floor heating in the cottage. Kamil provides the material. The woodcarver Vodrlík, refuses to sell his cottage, but epka knows it in fact belongs to his son and he promises Kamil to arrange the purchase. Kamil takes a holiday and all day long he sweats at the epka's cottage. In reality, epka wants to sell this cottage and get While Seclusion for himself. He perverts Coufal's desire for White Seclusion, and asks him to blast the earth off for the construction of a swimming pool. Kamil's obsession is stronger then his reason and he steals high explosive from work and excavates the pit by detonation. He is already very exhausted and neglects his duties at work. A detonation in the chemical factory ends up with an accident and fire. Kamil is arrested by the police. Zdena visits him after the arrest. The wine restaurant manager gives him just the advancement for the work Kamil has done at his cottage, which Kamil sent to Vodrlík' s son. It is the wine restaurant manager who becomes the new owner of White Seclusion. Kamil can't even take him to court, as he arranged everything unofficially. Doctor Kraus would like to profit from this situation, but Zdena refuses him. Kamil is released from custody after two days. At night he unsuccessfully tries to attack epka in front of the wine restaurant. Zdena and Kamil are sitting in the house on the stairs. The sleepy daughter, Ditka, has made them come back home. 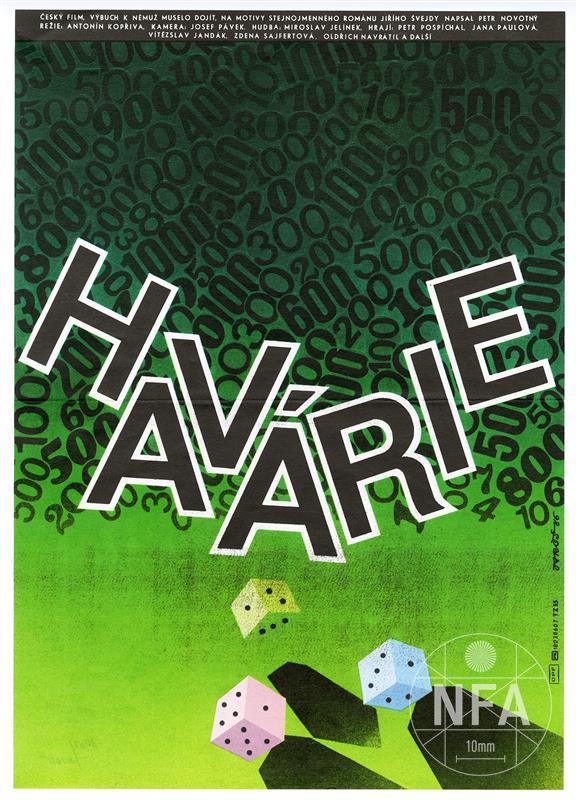 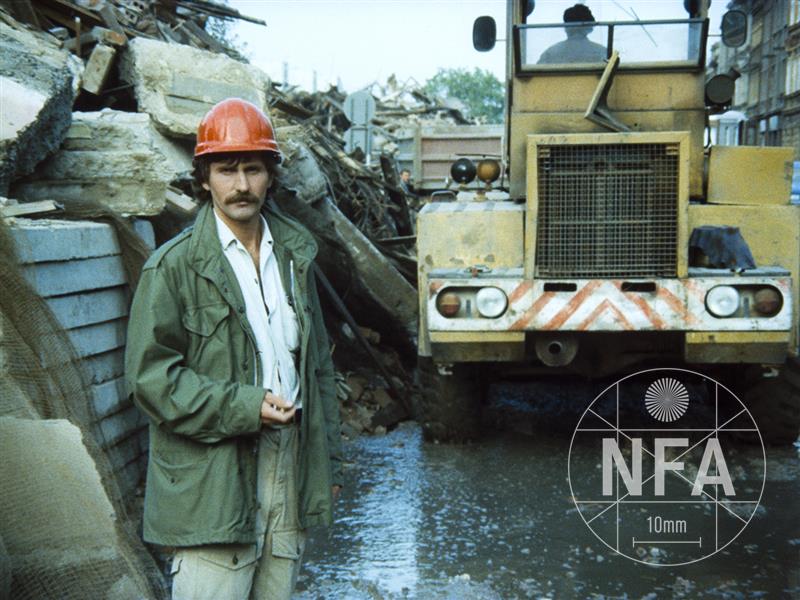 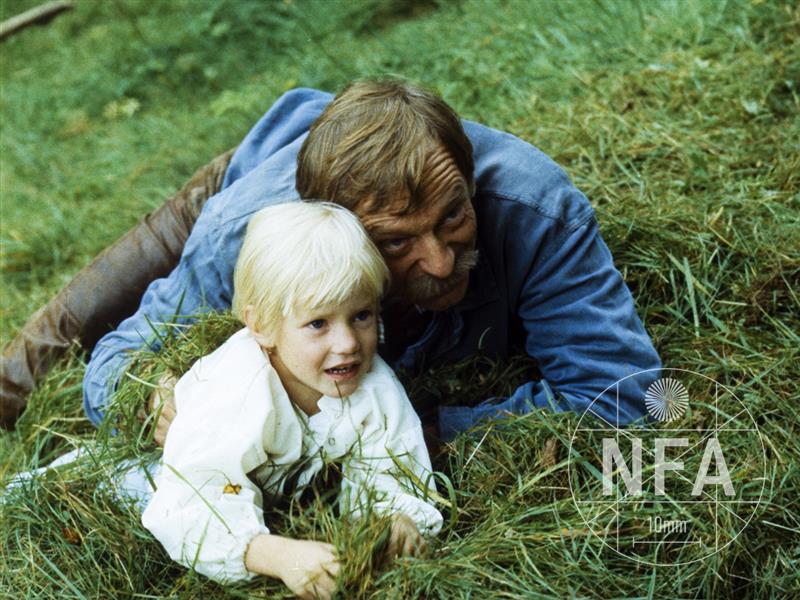 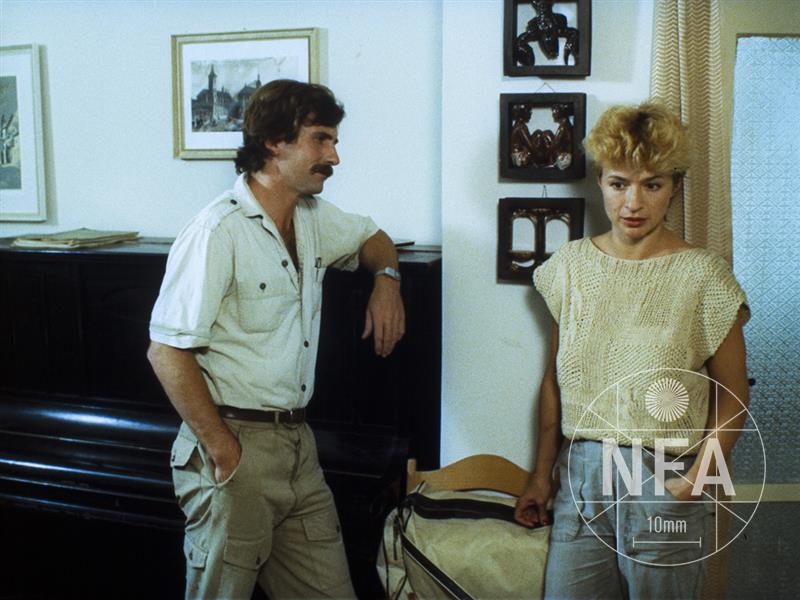 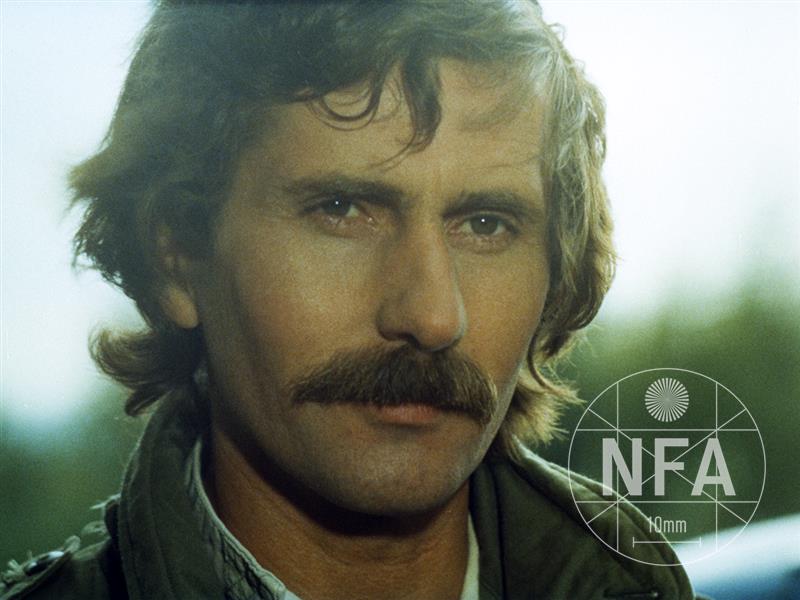 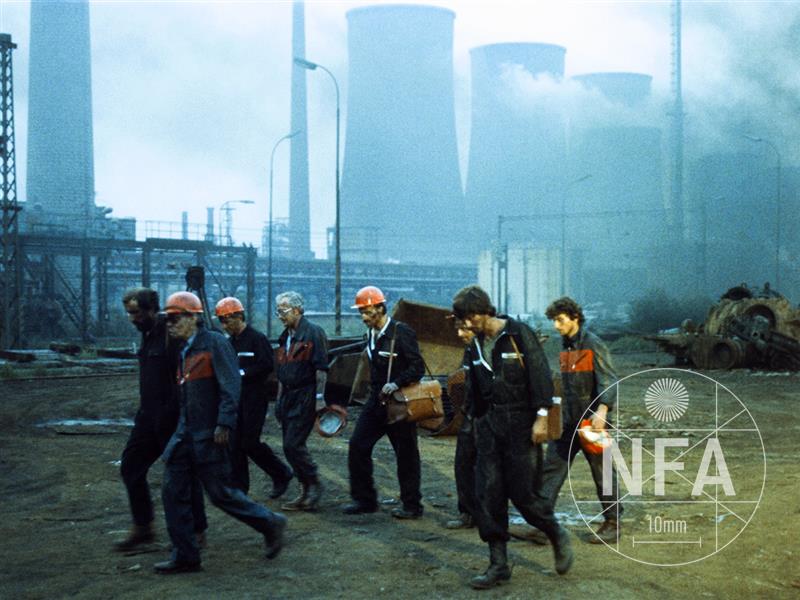 Černá voda, When the Saints Go Marching In