In 1990, director Hynek Bočan returned to feature films with O zapomnětlivém černokněžníkovi (The Forgetful Warlock), co-written with Jiří Just. After the comedy S čerty nejsou žerty (Don’t Play Around with Devils, 1984) this director, primarily involved in TV productions, once again offered up a fairytale adventure. This film, however, is far more complex than his previous frolicsome devil-inspired story, adapted from a work by 19th century Czech writer Božena Němcová. The main heroine of this film – little Maruška – joins her friends and teacher on a school trip to Barrandov film studios, where her older brother Jaromil works as an assistant director. But a real-life sorcerer – albeit a thoroughly confused one – gets mixed up in the filming. Not even a magic sphere worn around the sorcerer’s neck, which reminds him of magic spells, is able to help this hapless wizard... Maruška is played by young non-professional actress Klára Jandová, but the true star of this whimsical tale is Karel Heřmánek in the main role.

Little Maruška reads out to her class an essay about his brother Jaromil, a film director who has reportedly just filmed the fairy tale The Tall, the Fat and the Keen-Sighted. This results in the idea that the class might undertake an educational excursion to the Barrandov Studios. But Jaromil is in fact only an assistant director and, moreover, is extremely clumsy. The children, headed by their teacher Vyčichlová, wander through the studios where there is enough chaos anyway. Some commercials are being filmed and knights, girls in bikini, Hussites as well as Pioneers are acting in them. The mischievous pupils Hnidák and Hlobil switch on a propeller which disperses the money prepared by the cashier. The director is casting an actor for the role of a warlock and selects his costume. At that moment, the real and terribly forgetful warlock wakes up at his castle in Maruška's storytelling. He sees the director tearing an inappropriate costume through his magic telescope and decides to interfere. He magically transfers himself to the Barrandov reception area. He always wears a magic ball on his neck which reminds him of the right magic formulas so that he does not make mistakes in his sorcery. Maruška, reading, starts to quarrel with the teacher who has no understanding for the kid's imagination. But she keeps on reading. The director first throws the warlock out but then he realizes how perfect he is for the role and starts searching for him. But the warlock in the meantime reads the script, feels ridiculed and decides to mess up the filming. He burns the inflatable costume of the Fat Guy with the lens of his telescope and also lets off the prepared pyrotechnics. Jaromil shows the children around the backdrops. The warlock eventually takes the role. When his mask is cast, he puts his magic ball away and the infamous rascals Hnidák and Hlobil steal it. The teacher confiscates it from them and sends Maruška to return it to the "master actor". Maruška and her friend Honzík are hungry and observe the warlock practice his witchcraft, getting a feast with the help of the ball. While eating, he is disturbed by a telephone call and Honzík gets hold of the ball. From now on, the warlock can only randomly try various formulas. He turns into a cow and then into a one-eyed monster chasing the children. Honzík hides the ball among the backdrops. The warlock transforms several more times and finally ends up bewitched and locked in a cage. As soon as Honzík returns the ball to him, Maruška's story ends. The teacher, however, does not like her boundless imagination. At that moment, the classroom is entered by a teacher who is the warlock's spitting image and is moreover equally forgetful. He takes the pen which he forgot in the room and leaves a cage with a black hen on the table.

Demanding sceneries were built in studio No. 6 for a Canadian customer who wanted to make a movie about a king from an undersea empire in the Barrandov Studios. The filming, however, eventually did not occur. In order to at least partially utilize the constructions, the Studio´s director Karel Vejřík asked the dramaturgy to prepare a script for a Czech children´s movie in three weeks. 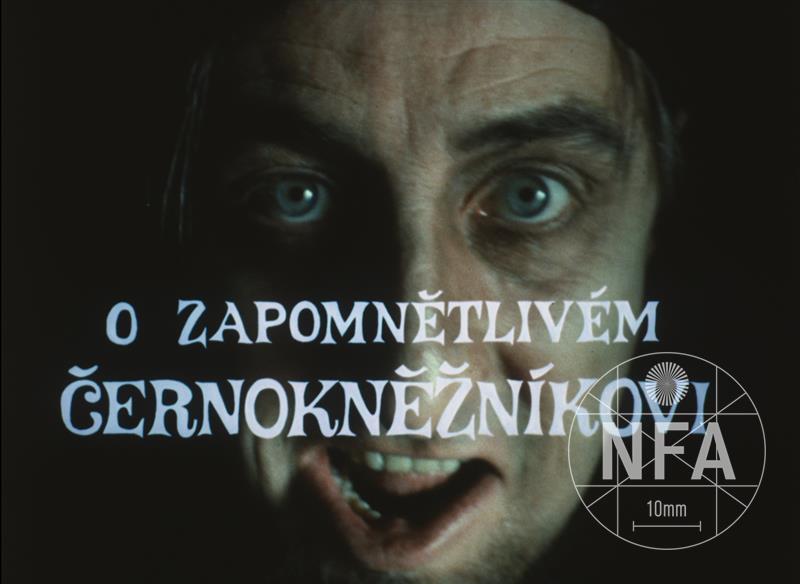 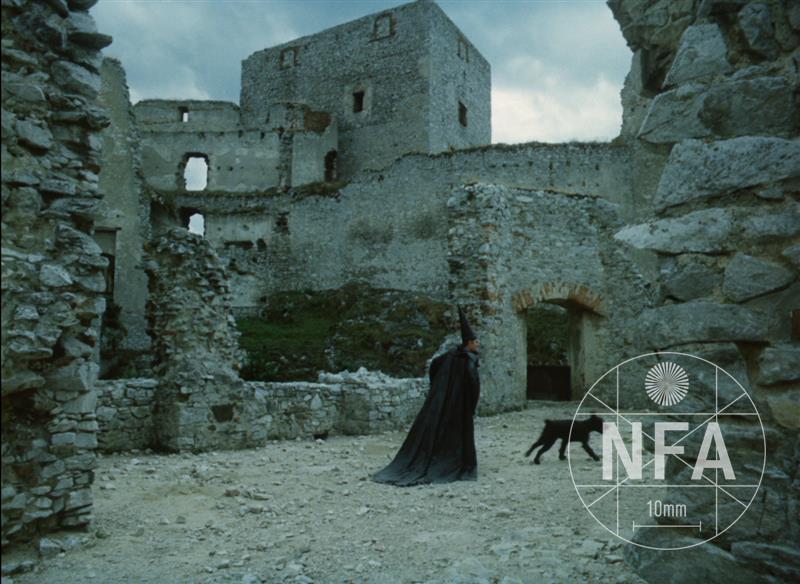 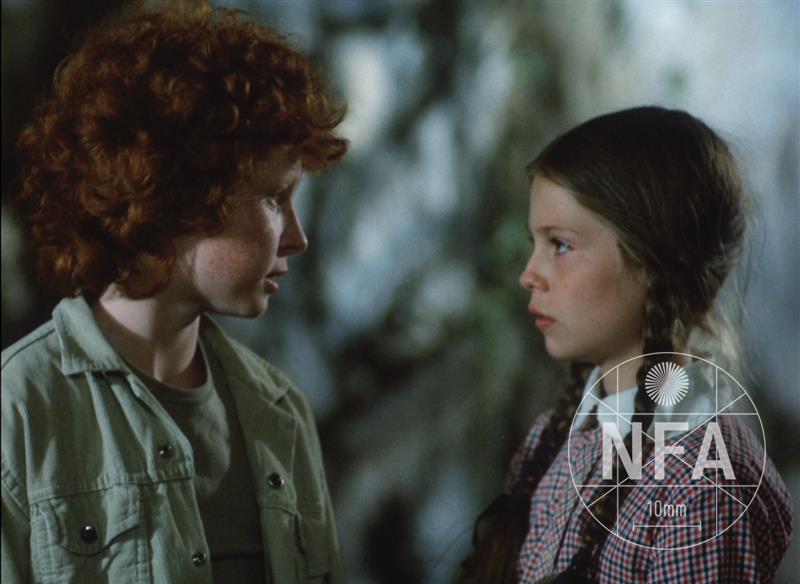