It's war time. Jurášek Benada secretly joins his neighbours' expedition into the forest where a descent of Soviet parachutists is expected. One of them, Solovyev, descends into a stone quarry and breaks his leg. Jurášek calls the partisans for help. Solovyev is cared for at the house of grandmother Vojtová, under the supervision of Doctor Mrázek. Jurášek is his contact with the partisans. During the round-up, arms and the Germans discover the place from which Solovyev is transmitting his reports and are preparing a raid. Jurášek manages to warn Solovyev in time and to hide him in Mrázek's cellar. Jurášek's father is preparing to sabotage the factory together with his colleagues. The Germans find neither Solovyev nor the transmitter and get all the people out onto the village green. They want to force them to give away the hiding place. Suddenly, there is a big explosion. The sabotage in the factory succeeded and the Germans rush to the town. A Soviet aeroplane is supposed to drop more ammunition and Solovyev has to confirm receipt of the message. Jurášek takes him to the log-cabin of his uncle Dražil, from which he can transmit. After the postman Drábek, who could give away everything, is captured, the action is cancelled. The Germans locate the transmitter and are coming towards the woods. The children are running to warn Solovyev but the Germans have a dog and are at their heels. Jurášek succeeds in averting the danger. Solovyev is saying goodbye and gives Jurášek his own medal for bravery. 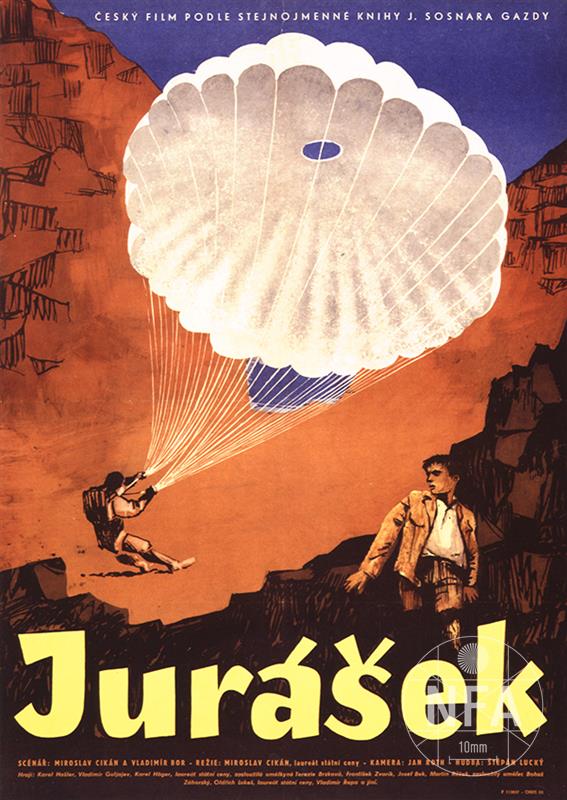