In the 1960s, the writer Arnošt Lustig contributed several times as a screenwriter in adaptations of his literary works. Besides Transport z ráje (Transport from Paradise, 1962) and Démanty noci (Diamonds of the Night, 1964), he also accepted an offer to turn his novel Dita Saxová into film form (1967). The director Antonín Moskalyk collaborated with Lustig on the script of the psychological story, as was the case with the TV movie Modlitba pro Kateřinu Horovitzovou (A Prayer for Kateřina Horovitzová, 1965). Similar to other Lustig works, Dita Saxová also touches on the issue of overcoming wartime trauma via a female protagonist… The year is 1947 and 18-year-old Jewish girl Dita, who has lived through the horrors of a concentration camp, is seeking a firm Jewish foothold in her life. She has lost all her relatives and acquaintances, and lives in a home established by the Jewish community. The girl is deprived of part of her family inheritance by a crafty lawyer. For Dita, however, interpersonal relationships are more important than property, but her friends abandon her and she later marries without love. The deeply affected girl ultimately succumbs to the dark shadows of her past… The low-key narrative does not rely on the drastic portrayal of wartime dramas, but on the situation of a seemingly well-balanced, beautiful girl, who has been irrevocably marked by the horrors she’s lived through. The internally fragile heroine does not manage to adapt to normal life and use the opportunities offered by the world around her… This remarkable film is based on a high-quality script, Moskalyk’s unobtrusive direction, and the performances of the main actors. Polish actress Krystyna Mikołajewská, who is known for the wartime drama The Red and the White (Csillagosok, katonák, 1967) by the Hungarian director Miklós Jancsó, excels in the title role. The actress with international credentials is dubbed by Blanka Bohdanová. The non-actress Noemi Sixtová, the experienced actress Jaroslava Obermaierová and the singer Yvonne Přenosilová appear in roles as Dita’s friends.

Dita Saxová is the only one in her family to have survived the concentration camp. Two years have passed since the War and she now lives, together with young women in similar circumstances, at the Young Women's Home organized by the Jewish religious community in Prague. Lawyer comes to see Dita, at whom her uncle, a dental technician, hid his gold foils before the War. He hands over only half of them, and keeps the rest as the payment for the "dangers" he had endured. Dita spends a small fortune on a precious bracelet she buys for herself, and, at her eighteenth birthday party, presents her friends Líza, Britta and Tonička with the remaining gold foils. Beautiful Dita has three suitors. She gives no hope to the madly enamoured Fici and refuses to go to San Salvador with the rich Herbert. She thinks that she has found true love in David Egon and loses her virginity with him at a pension outside Prague. However, the youth is merely a superficial fop and the sensitive girl is deeply hurt to find that he boasts about his success as if she were prey. Dita is deserted by her friends. Líza enters into a loveless marriage with a rich lawyer, Britta goes to England and the fragile, dainty and illness-prone Tonička dies. Dita manages to go to Switzerland. She celebrates her nineteenth birthday at an émigré party organized by the affluent Werli family. The two sons of the hosts court her. Emotionally deprived, Dita feels herself to be nothing but a beautiful object. Next morning she goes in the icily cold mountains, to look for her death. 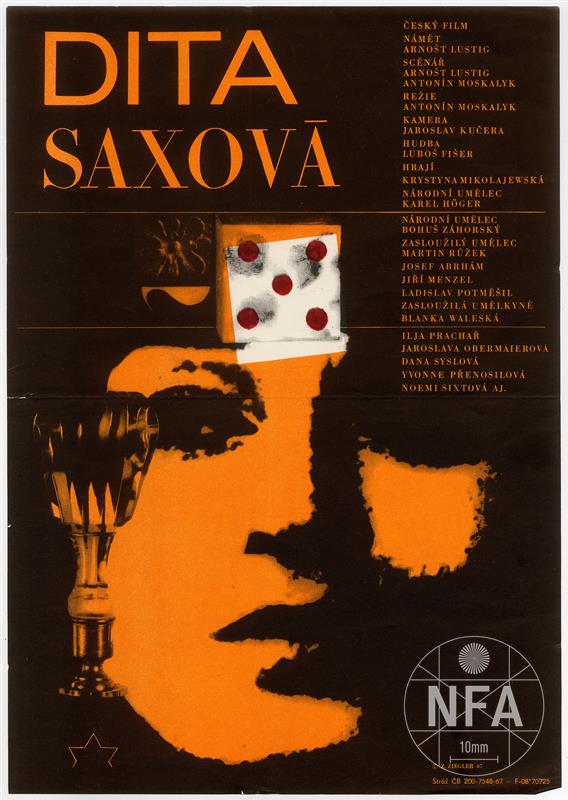