Jaroslav Papoušek is a famous screenwriter of the 1960s Czechoslovak New Wave. Together with Ivan Passer, he wrote several of Miloš Forman’s films, as well as the screenplay for Passer’s remarkable directing debut, Intimní osvětlení (Intimate Lighting, 1965). Papoušek made his own directing debut with Nejkrásnější věk (The Most Beautiful Age, 1968, released in February 1969). Unfortunately, in the aftermath of Jan Palach’s tragic self-immolation, the apolitical bitter comedy largely fizzled out, overshadowed by other works of the popular trio, as well as Papoušek’s other films, especially the popular Homolka family trilogy (1969–1972). In Nejkrásnější věk, Papoušek’s favorite theme of fragile everyday life is “elevated” by its academic setting. The simple, episodic story takes place in the sculptor’s studio at the Art Academy. Vladimír Šmeral stars as the old professor whose students are learning to work with live models. First they try to portray the aged pensioner Hanzlík, who promptly falls asleep; work with the beautiful Mrs Vránová is disrupted by her jealous husband, dead set against her posing in the nude; the jovial coalman Vošta is chosen as an ideal model of an injured fighter. As an Art Academy graduate, Papoušek draws from his own experience. In form and style, the film owes much to Forman’s early films, especially Černý Petr (Black Peter, AKA Peter and Paula, 1963), which was actually based on Papoušek’s novel. Papoušek, who had also worked as Forman’s assistant director, had even engaged some of Forman’s famous non-actors (Josef Šebánek, Milada Ježková and Jan Stöckl). Ladislav Jakim and Věra Křesadlová (known for Forman’s Konkurs [Talent Competition, 1964] and Passer’s Intimate Lighting) star as students. Hana Brejchová, famed for her performance as the “blonde” in Forman’s Lásky jedné plavovlásky (Loves of a Blonde, 1965), plays the beautiful amateur model.

A group of pensioners waits in the corridor of the Academy of Fine Arts for Mr Professor, eager to be selected as models for the students. The professor's choice falls on a neat and good looking old man with glasses and a little moustache. The rest of the group is jealous of Mr Hanzlík, which is the old man's name. Mr Hanzlík sits on the chair on a revolving stage in the studio, soon falling sound asleep and snoring loudly. Another model for the student's artistic attempts is Mrs Vránová, an attractive young woman who came to the studio with a son in a pram. With her, the students learn how to depict a naked woman's body. Mrs Vránová's husband, however, does not have such understanding for this kind of arts, and thus only knocked-over statues remain after he rages through the studio. Coal-man Vošta, for a change, has an ideal head for sculpting a wounded but victorious fighter. After the live models, the students model a number of more or less successful figures and busts, which the Professor either praises or comments on ironically. He also indulgently ignores various students' bits of fun. The venture-some Vošta would like to know what is happening behind the studio door in the evening. After a few good pints, he and his buddies set off to the Academy, but the only thing they can see is the model's head and then the back of her figure. They are discovered and have to run away. They get bruised and scratched on their escape, but are nevertheless satisfied with their expedition. 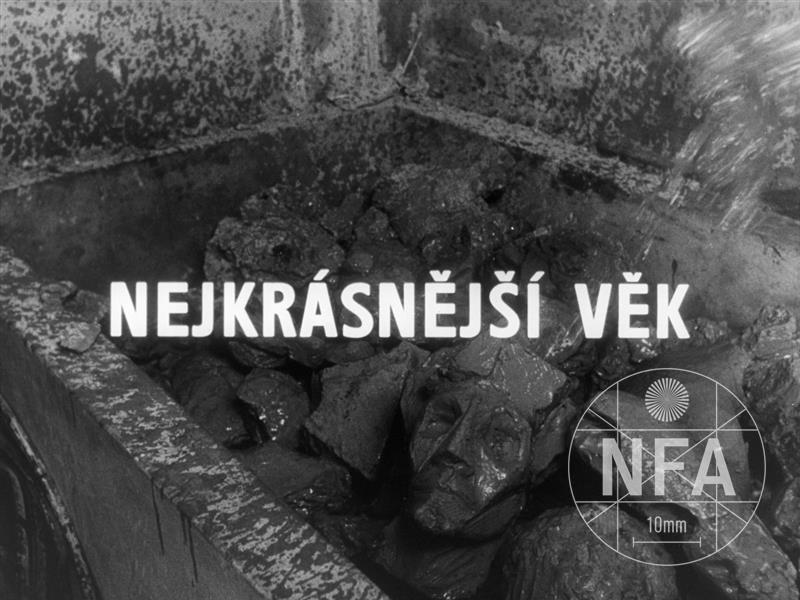 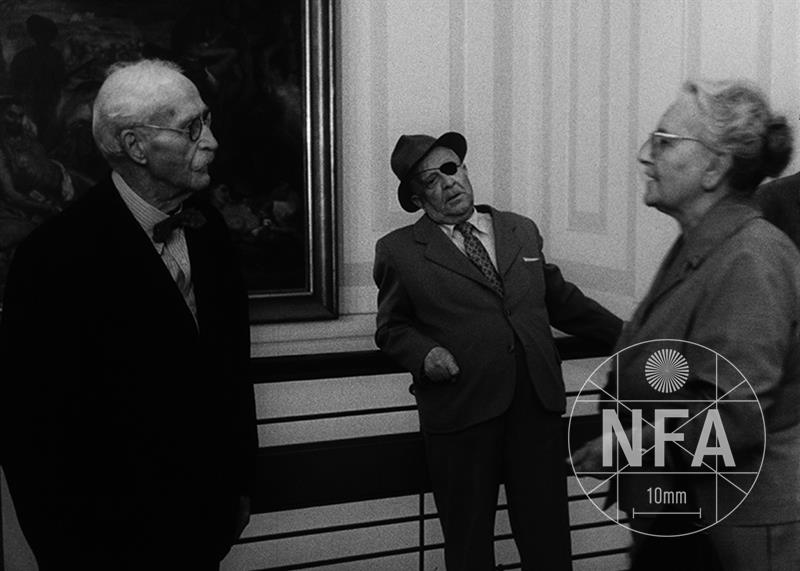 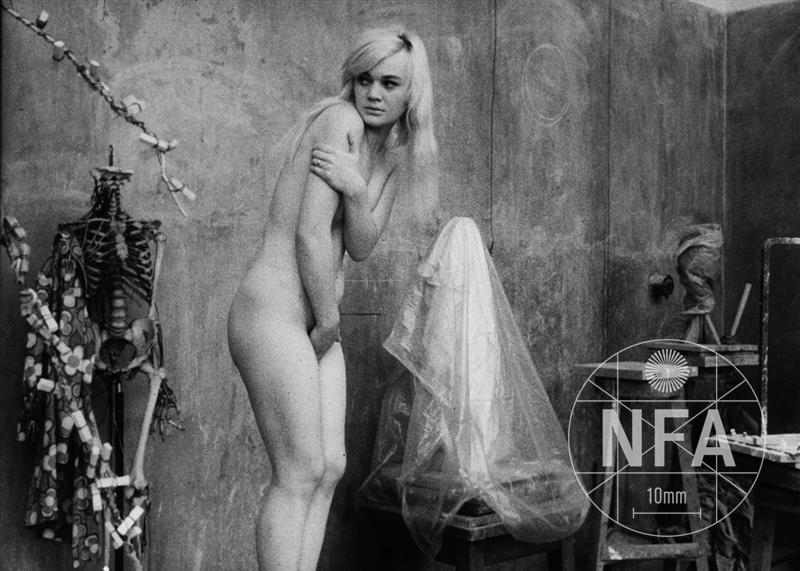 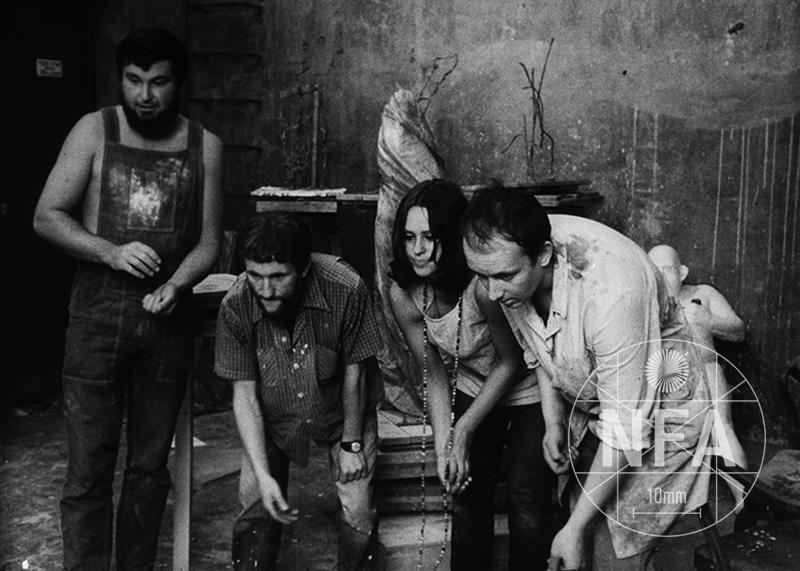 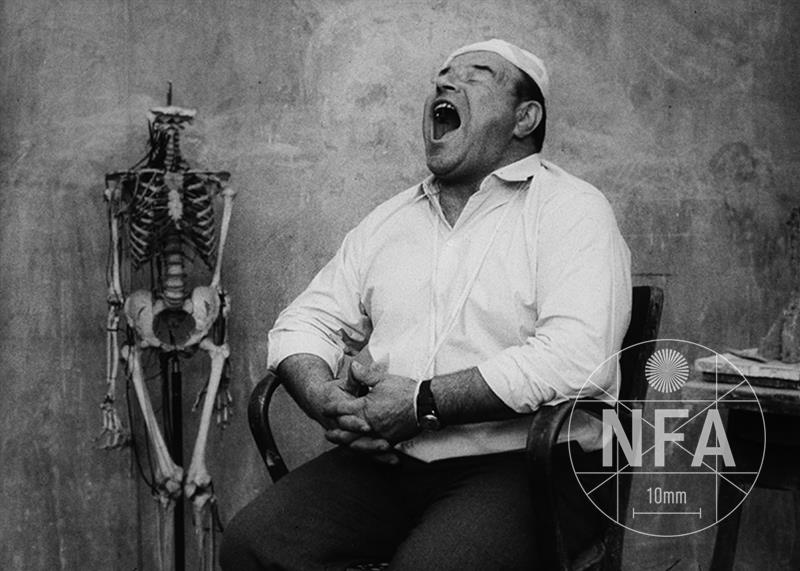