Following the films Vynález zkázy (An Invention for Destruction, 1958) and Ukradená vzducholoď (The Stolen Airship, 1966), artist and director Karel Zeman returned for the third and final time to the works of visionary French writer Jules Verne. This loose adaptation of the 1877 novel Off on a Comet is also a distinctive combination of live-action and animated sequences, inspired by the original illustrations found in Verne’s books. Similarly to his well-received previous films, Zeman once again presents Verne’s world through ironic, but heartfelt tones in this 1970 motion picture. The novel relates an adventure tale in which a group of brave characters travel the solar system, revealing to readers some of the contemporary knowledge of our cosmic backyard. But Zeman and screenwriter Jan Procházka took the story of the bold Captain Hector Servadac and interpreted this tale as one bringing forth Old World nostalgia, while picking up on its contemporary elements of widespread social intolerance. The young geometrician lead character is a member of a French garrison in an African colony whose inhabitants are resisting usurpers. There is also a sheikh, who has no qualms about joining forces with the Spanish consulate. But the bloody battle is interrupted by the arrival of a comet, which tears off a section of the earth’s crust, and takes it off on an adventure to the planet Mars. Unlike the novel on which it is based, the film also features an additional love story component featuring Hector and the beautiful Angelica. With an approach familiar from his previous works, the ballad-like Na kometě sees Karel Zeman not just focusing his attentions on the great visuals, but also on a terrific cast. Emil Horváth and Magda Vášáryová take the lead roles, supported by the likes of František Filipovský, Vladimír Menšík and Jiřina Jirásková. But the lion’s share of the task of bringing to life this complex Zeman project was assumed by cinematographer Rudolf Stahl – working for the first time with the director – and also by special effects maestro Bohuslav Pikhart. The latter worked with Zeman on the aforementioned two Verne adaptations as well as on Baron Prášil (Baron Műnchausen, 1961) and Bláznova kronika (A Jester's Tale, 1964). Na kometě (On the Comet) received an award at the Venice Film Festival (CIDALC Award and Medal Biennale), and ultimately became the last Zeman feature film to contain live-action elements.

Lieutenant Servadac, a member of the French garrison in an African colony, is intrigued during his walk by a portrait of a beautiful girl in the marketplace. While delineating the seashore, Servadac falls into the sea. He cannot swim but luckily he is saved by Angelica, a girl as like as two peas to the girl from the portrait, who has just managed to escape a group of kidnappers from a steamboat. An unprecedented phenomenon appears in the sky – a second sun, which is in fact a comet. Servadac takes Angelica to the citadel, where Colonel Picard has also invited the Spanish consul, unaware that the consul has been conspiring with the sheikh and the natives to prepare a rebellion against the French. The consul's infernal machine fails at the very moment when the comet passes the Earth and pulls with it part of the African continent, including the French colony. Servadac finds out that the comet is heading to Mars, into which it is most probably going to crash. The approach of death changes the behaviour of people. Servadac and Angelica declare their love to each other, enemies become friends, the natives refuse to fight. Servadac's calculations, however, are mistaken, and as soon as Servadac reveals that there is no threat, everything returns to the beaten track – the consul again begins to plot to seize the African territory with the sheikh. The revengeful brothers take Angelica to Sicily on a fishing boat. Servadac jumps into the sea to follow them. On the seashore, batman Ben wakes up his master, who is holding the portrait of the beautiful Angelica in his hand.

Karel Zeman was inspired in his visual process by Edouard Riou's and Léon Benett's engravings which illustrated the original edition of Verne's novels. 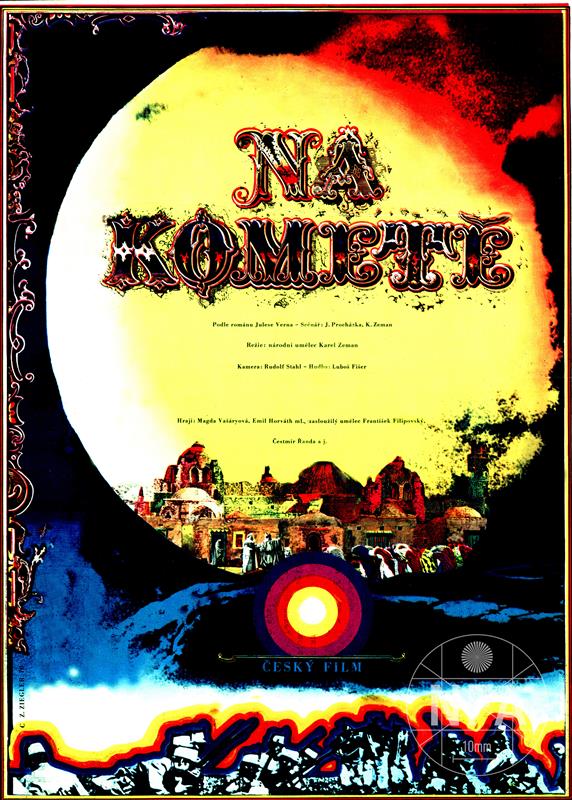 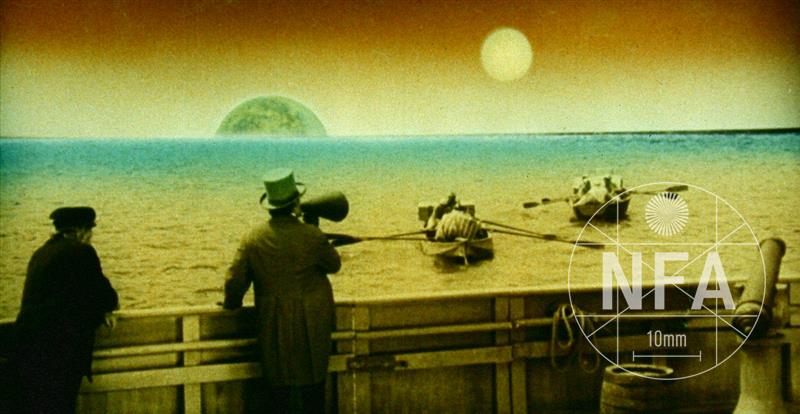 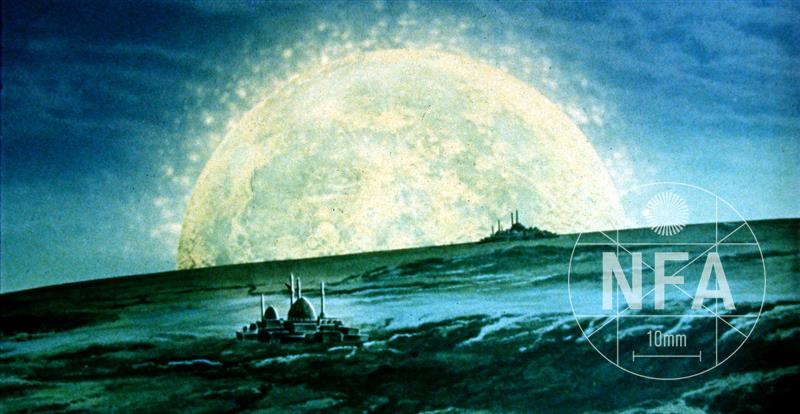 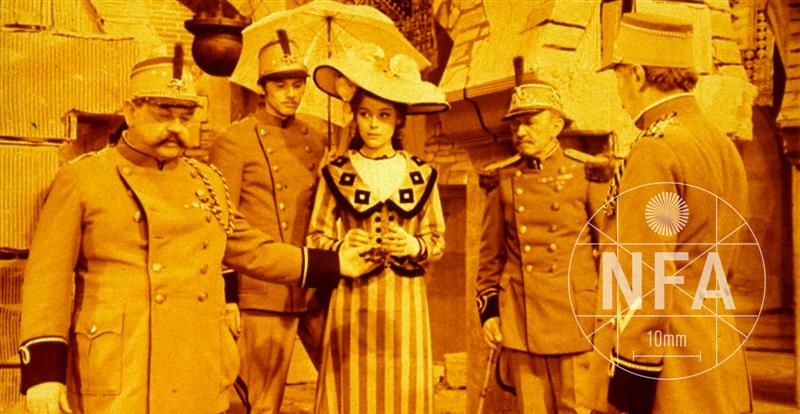