Frantíšek Pavlíček is often cited for the screenplay behind Václav Vorlíček’s hugely popular Tři oříšky pro Popelku (Three Nuts for Cinderella, 1973), but he should also be credited for the script devised for this fairytale picture directed by Antonín Kachlík in 1971 (although the name of the then banned director was substituted in the opening credits with that of his colleague Eva Košlerová). In Kachlík’s filmography, fairytale films are not a common sight, even though his last title was a production of Josef Lada’s amusing story O zatoulané princezně (The Lost Princess, 1987). The romantic atmosphere of Prince Bayaya is drawn from the writings of nineteenth century Czech fairytale legend Božena Němcová. The title character is an orphaned prince. During his wanderings around the world, he heeds the words of his talking horse. When the young man falls in love with the beautiful Princess Slavěna, his magic horse advises him to pretend to be a mute garden worker when he arrives at the royal court. Our lofty hero sticks to this alter ego even after defeating a wild dragon that endangers the kingdom. But in doing so he enables the treacherous Black Prince to force the rescued princess into testifying that it is he who is her saviour. Our hero, however, who has earned himself the nickname Bayaya because of the sounds he gasps as a mute, triumphantly overcomes all the other difficult tests that await him… Although, quite understandably, the dragons (designed by Vladimír Brehovszký and constructed by Bohumil Bednář) have a gimmicky appearance that falls far short of today’s exacting digital standards, Kachlík and his cameraman Jiří Macák nevertheless succeed in creating a fairytale aura. It is mostly derived from magical exteriors shot around Hrubá Skála. Whereas the title character has the face of Slovak actor Ivan Palúcha and the voice of Petr Štěpánek, Magda Vášáryová remains her pure self in playing the irresistible Princess Slavěna. The Black Prince is played by František Velecký. He had previously appeared by Vášáryová’s side as Mikuláš in František Vláčil’s historical drama Marketa Lazarová (for which, as it happens, Pavlíček wrote the screenplay in 1997). The experienced Petr Čepek lent his voice to Bayaya’s villainous adversary.

After death of parents the young Prince leaves the stronghold and sets out to his wanderjahre. Destiny takes him to the kingdom whose King looks for the bridegroom for his daughter. In a pub the Prince meets a funny small Princeling, thievish guitarist and the Black Prince. Of the followers of the Black Prince he is saved by horse speaking with a human voice which takes him to the castle park. It is here that he sights the Princess Slavěna and he falls in love with her at once. He pretends to be dumb and has the castle gardener take him into his service. Because of the sounds he makes instead of speaking he gets the nickname Bayaya. The dubious visitors of the pub, whom Bayaya got to know, court the Princess. But when the three-headed dragon turns up none of them helps the Princess. It is Bayaya with his faithful little horse that rescues her. He is injured and the Princess binds up his wound with her scarf. Bayaya does not betray himself, only asks Slavěna for her ring, and leaves. After his departure the Black Prince, who was watching all at a safe distance, makes the Princess declare that it was he that had rescued her. She is delivered from the unwanted marriage by means of the old custom: a thrown apple rolls up to the true bridegroom, which is Bayaya. Bayaya quickly makes off and in the following jousting the Black Prince gains a victory over all others. However Bayaya is returning, this time as a knight, and in a hard clash he defeats the Black Prince and his companions. While the defeated rivals are pursuing him Bayaya escapes them and turns up at the castle once more as Bayaya. The sad Princess unbosoms him her love to the unknown knight. Bayaya places up in her room her scarf and ring. Then the Princess learns the truth.

Film based on the book of fairy-tales by classic Czech authoress Božena Němcová. The conception of dragon: Vladimír Brehovszký, the construction of dragon: Bohumil Bednář. In the introductory titles there is presented Eva Košlerová as the author of the script. She covered up the authorship of the actual author František Pavlíček banned by the Communist regime for political reasons. 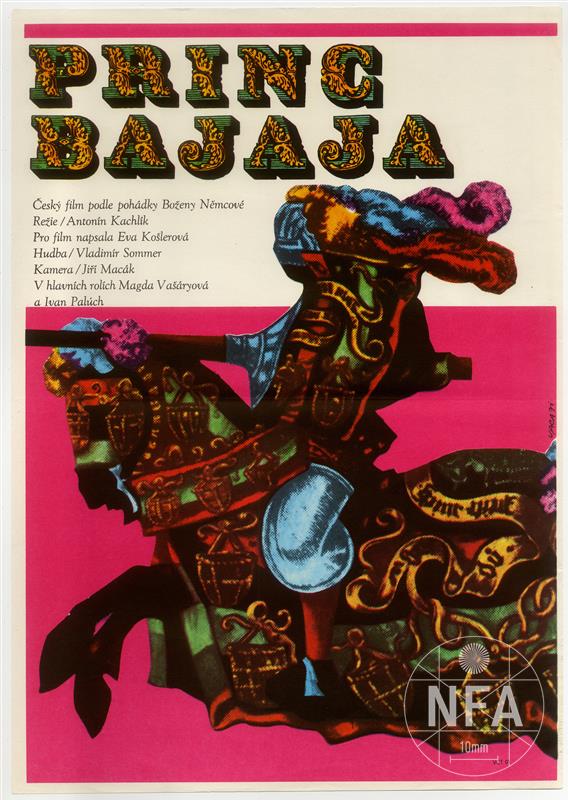 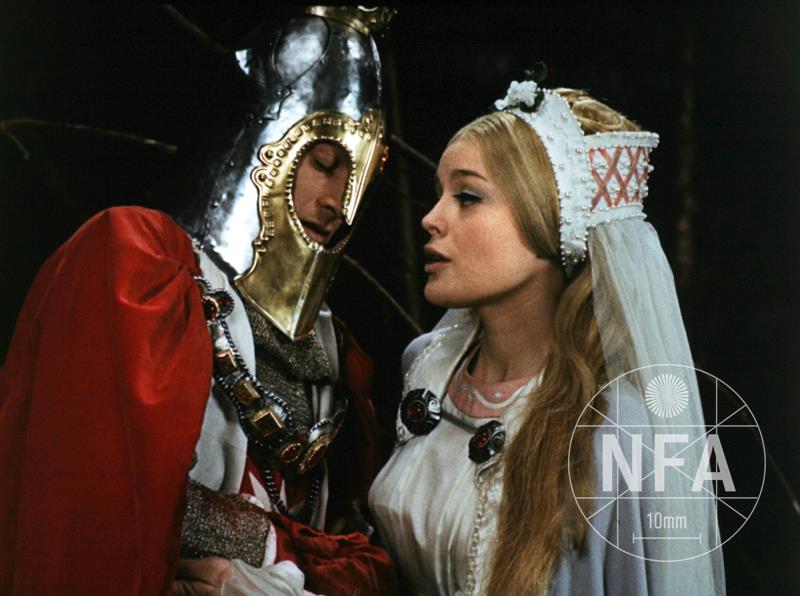 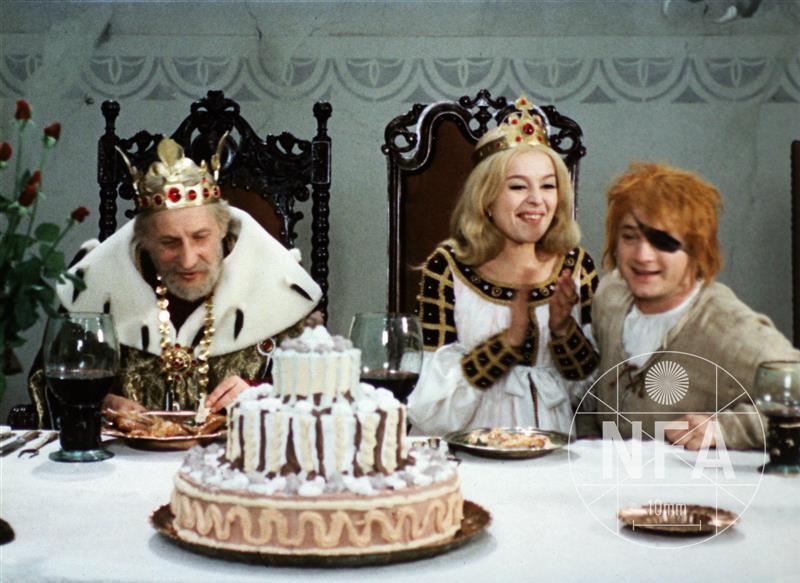 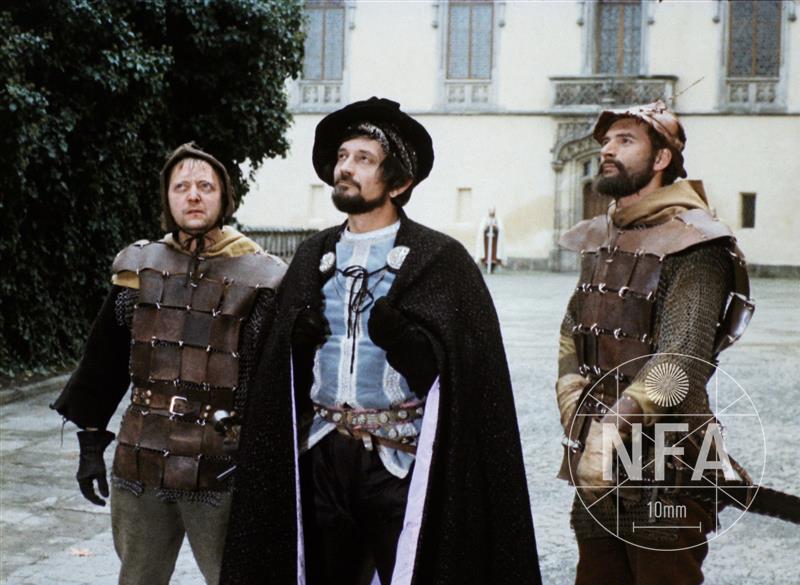