Nineteenth century Czech writer Božena Němcova’s fairytale O Slunečníku, Měsíčníku a Větrníku (On the Sun Man, the Moon Man and the Wind Man) kindled the imagination of director Václav Vorlíček, who in 1978 made this fairytale fantasy based on the work. The screenwriter was Jiří Brdečka: as early as 1954 he had gained some experience of Němcová’s fairytale world as a member of the film team that adapted Byl jednou jeden král… (Once There Was a King…). Whereas that film, by Bořivoj Zeman, is a comedy take on a classic story from Němcová, Princ a Večernice is a romantic fairytale. It is actually one of the few exceptions in Vorlíček’s comedy-dominated cinematic oeuvre. Unlike the other fairytale films he shot in the 1970s, such as Tři oříšky pro Popelku (Three Nuts for Cinderella, 1973) and a variation on Sleeping Beauty entitled Jak se budí princezny (The Best Ways to Wake up a Princess, 1977), the atmosphere in this work much rather resembles Kouzelný měšec (The Magic Book), Pták Ohnivák (The Firebird) and Jezerní královna (The Queen of the Lake) – lofty Czech-German fairytale coproductions which Vorlíček made much later during 1996-1998. Princ a Večernice (The Prince and the Evening Star) begins with three princesses who are simultaneously betrothed to grooms with magical powers; the Moon Man, the Sun Man and the Wind Man. However, Prince Velen, who to his father the king’s surprise has so quickly arranged for the happiness of his sisters, has far more difficulty in attempting to tie the knot with the beautiful Evening Star. The biggest nemesis he encounters on his quest full of hardships is the wicked wizard Mrakomor who wants to claim the Evening Star for himself. With the help of his brothers in-law, Velen eventually succeeds in defeating the wizard… This fairytale picture was imbued with the magical style of experienced cameraman Josef Ilík, who previously collaborated with Vorlíček on Tři oříšky pro Popelku. The strong cast is dominated by the beautiful Libuše Šafránková (the Evening Star), who puts in a very appealing performance. The Evening Star’s suitor is played by Slovak actor Juraj Ďurdiak, while proven actor Vladimír Menšík is the king. The part of Mrakomor, the lord of all bad weather, offered an interesting challenge to that favourite performer who usually plays characters on the side of good, Radoslav Brzobohatý.

The old King is not satisfied with his four children. It is high time for the Princesses to get married and for the Prince to assume the reign. Once the King sets out to the fowling and he entrusts the kingdom to the Prince Velen. His sisters want him to provide them with the bridegrooms. A beautiful girl Večernice (Evening Star) appears to Velen and he falls in love with her at once. Večernice also likes Velen and therefore, for a kiss, she helps him to get married his sisters to her brothers Měsíčník (Moonbeam), Slunečník (Sunbeam) and Větrník (Wind). After the King returns home he does not find the daughters because the bridegrooms took them right away. The angry King assigns the Prince to bring them home. The Prince must undergo dangerous journey before he discovers sisters: he is exposed to trials; he is robbed and has to fight the loungers. The worst danger is evil Mrakomor (the wizard Cloudbreaker) who makes claims out to Večernice. The brothers in law help Velen, they capture Mrakomor and let him be tied to chain in the underground. But he releases himself and kidnaps Večernice. The brothers in law advice Velen how to get to Mrakomor's castle. Mrakomor promises to give the girl away if Velen identifies her in a row of the same maidens. The Prince fulfils the task with the help of the Moonbeam. Then it is Větrník that helps the love couple to leave the castle and Slunečník that intervenes in another fight duel with Mrakomor. After this Velen and his intended Večernice happily get home. To the castle there come also Velen's sisters with their husbands who acknowledge that the Prince stood the proof and proved himself worthy of Večernice. 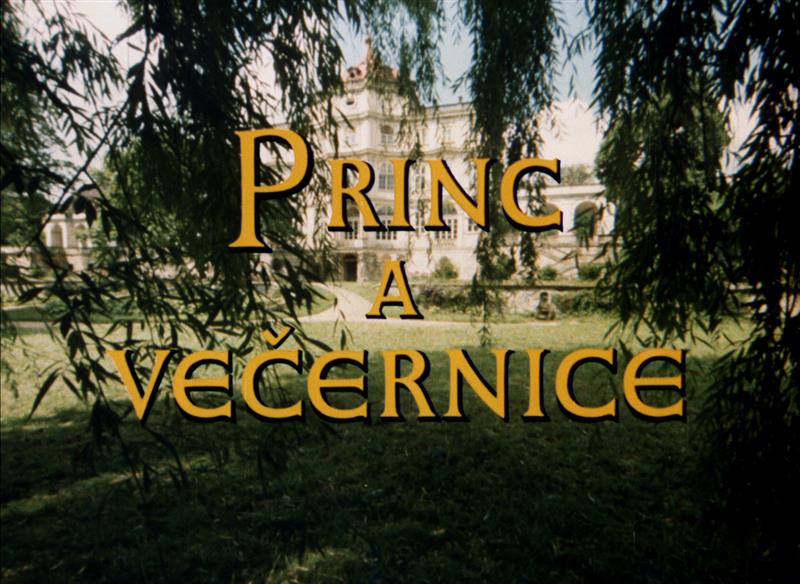 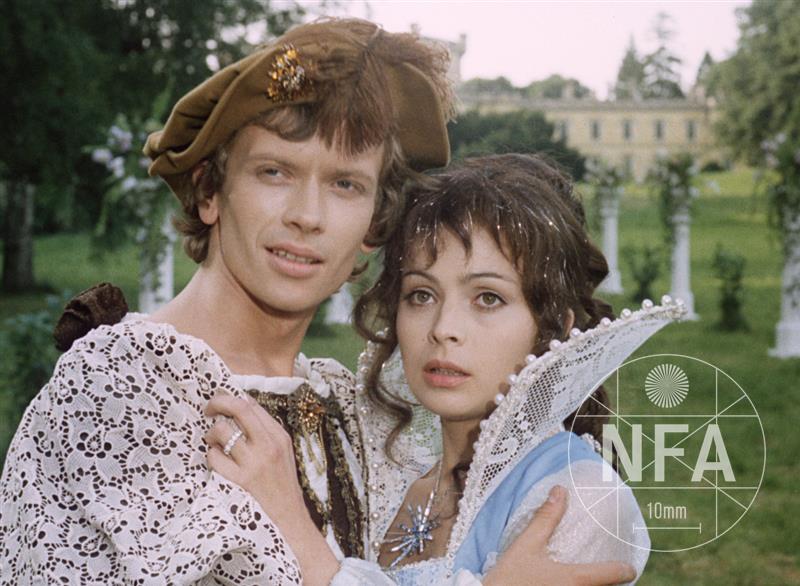 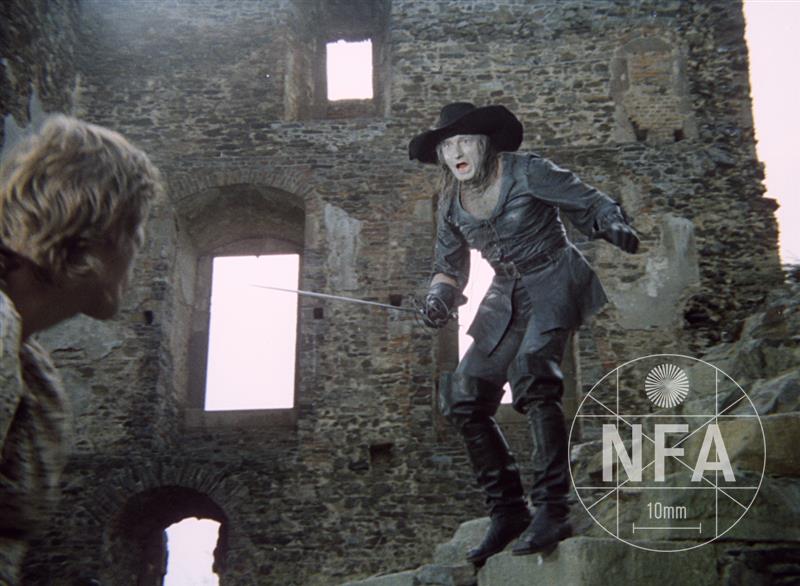