Ivo Pelant made his breakthrough at the beginning of the 1980s thanks to his cooperation with co-screenwriter Radek John and director Karel Smyczek. Their films Jen si tak trochu písknout (Just to Whistle a Bit, 1980), Jako zajíci (Like Rabbits, 1981), Sněženky a machři (Snowdrops and Daredevils, 1982) offered new, more realistic views of contemporary teenage heroes. But prior to these features, Pelant had participated in making the family film Muž přes palubu (Man overboard!), shot in 1980 by Jaromír Borek. It is a motion picture that does not want for critical tones. The film tells the story of 10-year-old David, whose stay with a children’s yachting group is complicated by the arrogance and bullying of Olda, the son of the group’s leader. Dramatic events at a competition open David’s eyes, but at the same time he can forget his dream of sailing at the regatta in Finland... Pelant and Borek continued their cooperation with Kluk za dvě pětky (Cheap Labour, 1983), in which Viktor Král, the talented actor who played David, featured in a side role.

Ten-year-old David joins a sailing club. He trains hard and helps repair the sailing boats, but people have to take turns actually sailing. The club chairman Vala wants David to sail with his son Olda. Olda's previous team mate Béďa has grown too fast, but with little David Olda could win a place on the regatta to Finland. Olda is arrogant and accustomed to winning with little effort; he bullies David and calls him "Greenhorn". He makes David his servant and blames him when things go wrong. The coach Kocour requests in vain that the sailing club committee buy a bus for the club. He himself is neglecting his own family for the sake of sailing. David's father explains to his son that nothing is worth the humiliation he is being put through. The disappointed Kocour resigns from his function as coach. During a race on the Lipno reservoir, the boys are doing well but then their boat turns over in the strong wind because Olda makes a mistake. Olda promises David he will never call him "Greenhorn" again if they manage to right the boat and finish the race, but as soon as the boat is right side up, Olda forgets his promise. Angry David jumps into the waves of the turbulent lake and swims away. Olda's father Vala is furious with his son and the two set off to look for the missing boy. They find him at the police station. David tells Vala that he is determined never to sail with Olda again. – After his swim in the lake David falls ill. When he finally returns to the marina, he finds neither Olda nor Béďa there. They have gone to sail in a regatta to Finland. But David's gloom does not last long. Kocour arrives at the shipyard with the children who are cheering because they have finally been given their own bus. 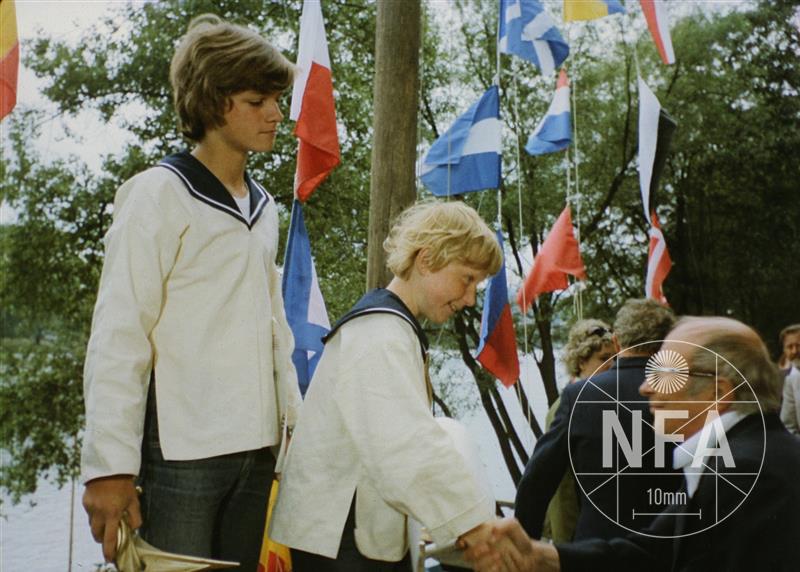 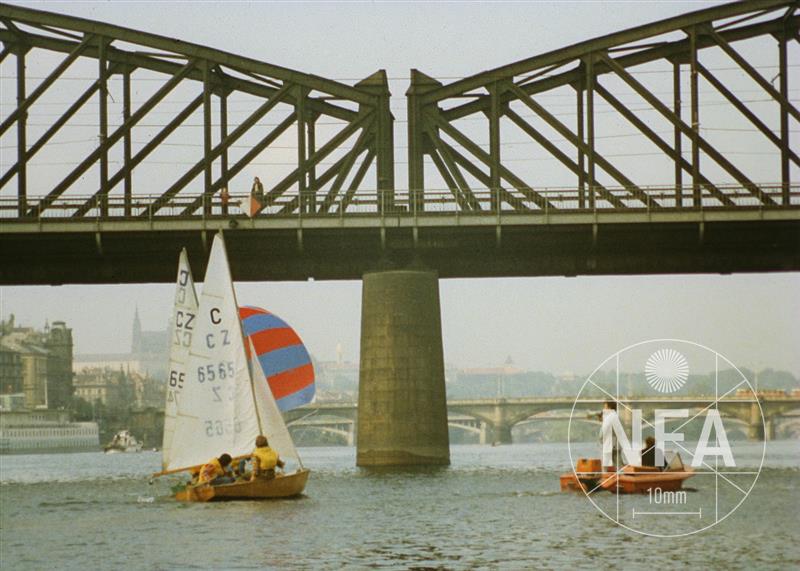 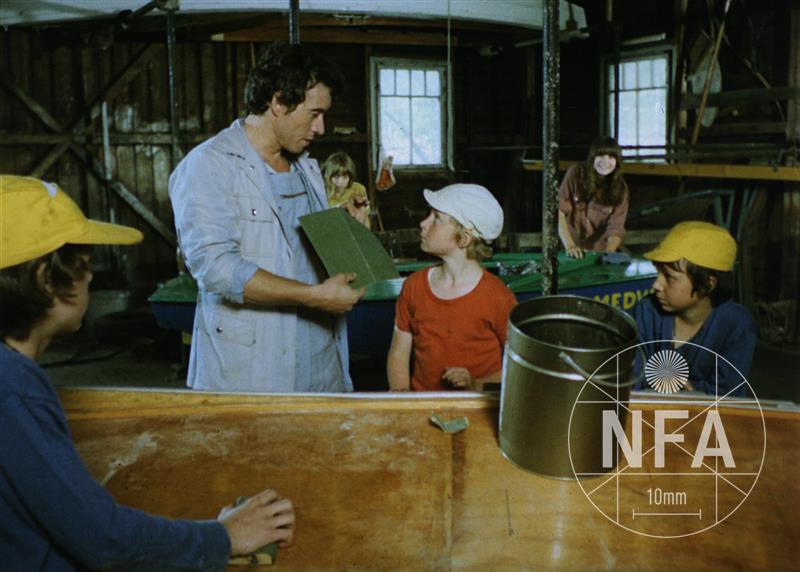