Several of the works of writer Bohumil Říha have been filmed. This novel by the pro-regime writer also inspired a children’s film, which was directed in 1981 by the experienced family filmmaker Václav Gajer. The story takes place in 1947 and it is based on the popular model of the relationship between a human hero and an indomitable animal protagonist. The tale of the freedom necessary for life, is, of course, beholden to the standards of the time: the Hucul horse that heals an old villager, has remained in the small village in Šumava after the Soviet soldiers have left. This is a pleasing movie that engages with the acting performance of Zdeněk Řehoř and the depiction of the indisputable beauty of the Šumava landscape as shot by cameraman Jan Němeček.

It is the summer of 1947. The Carpathian pony Ryn which was left to Antonín Jakub by Soviet soldiers is a thorn in the eye of some villagers because he causes chaos in the village. He, for example, demolished the garden of the neighbour Daniela Spudilová several times. And when the chairman of the local National Committee falls from a motorcycle because of Ryn's fault, the horse must go. Jakub leaves his granddaughter Karolínka in the care of Spudilová and sets off with Ryn to his cousin whom he helps pick pears every year. The horse, however, is not used to wearing a collar and he shies on the way. Jakub and Ryn cannot stay even at the cousin's. On their way back, the stampeding horse again causes a motorcycle accident and Jakub must spend his last money on the fine. The village children plead for Ryn with the national committee's chairman and he promises to help. Somebody sets Jakub's house on fire. Everything testifies against a horse trader who moreover robbed the widow Spudilová of all her savings and then disappeared from the village. The children offer Jakub their island hayloft where they wanted to establish a small ZOO. The fire results in many changes in the village. The local constable resigns and also the weak national committee's chairman must leave his post. No one pursues Ryn any more. He runs freely in the meadows, and when the old Jakub is in a good mood, he lets his granddaughter ride the horse. 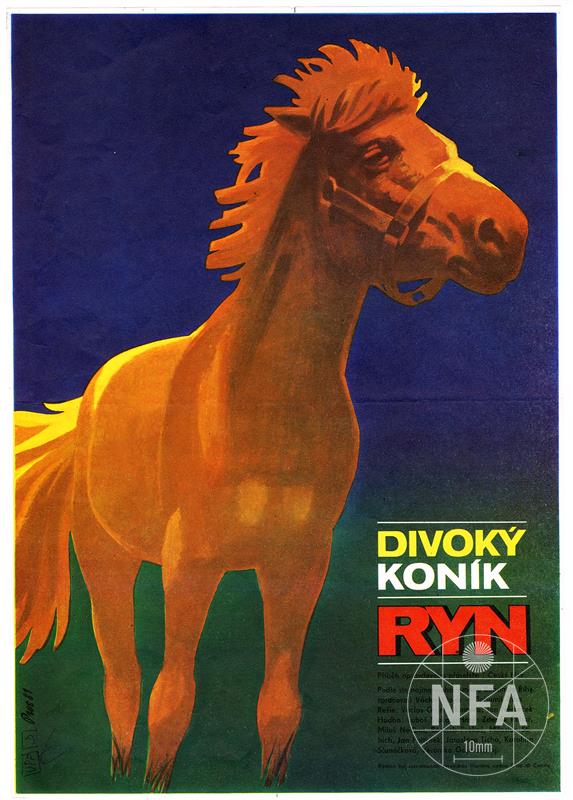