Dvojí svět hotelu Pacifik (Behind the Scenes at the Pacific Hotel, 1975), Slaná růže (The Salty Rose, 1982) and Kainovo znamení (The Pass) were all coproduced films exploring historical themes made under the supervision of seasoned Polish director Janusz Majewski. The hero of Slaná růže, inspired by a Ryszard Frelek novel and following a script by Pavel Hajný, is a Pole who in the aftermath of World War II searches the Sudetenland for traces of the lost love of his life. The story segues to 1938 when International Brigades member Marek Wolski meets the beautiful violin player Ida in Carlsbad. Ida later suffers persecution from Konrad Henlein’s Nazi henchmen on account of her Jewish origins. The lovers become separated for several years as the war rages on… Czech actress Daniela Vacková shone among the international cast in the role of Ida, although she was more accustomed to supporting roles. The part of Marek was played by Polish actor Jan Piechociňski.

It is summer 1945 in Carlsbad and Marek Wolski fishes a diamond ring out of the washbasin siphon in the abandoned villa Mimosa. He wants to exchange it for a portrait of a girl with a rose with the middleman Paleček. – In September 1939, the town of Carslbad is full of the Sudeten Nazis, who look forward to the annexation into the German Reich. The young Polish interbrigadist Wolski stays with the dressmaker Malina illegally. He finds a ticket for a concert lying in the street and thus runs to the violin player Ida Fischerová. But the Nazis prevent the musician from performing due to her Jewish origin, even though the girl used to go on successful tours all around Europe until recently. She is enchanted by the young man who bravely stands up for her, and the two get close to each other even despite the overall tricky situation. The cowardly director of the hotel Atlantic makes Ida move away. Ida takes Marek for a trip to the village house of her father's friend, a painter called Hrůša. The Hrůšas, who view them as a couple and lodge them in a single room, unintentionally remove their last restraints. The couple spends several happy days in the house and Hrůša paints Ida's portrait. But the disquieting news about newarmed conflicts in the Sudetenland, overheard on the radio, make the couple return to Carlsbad. At Malina's place, Milan encounters his brother Petr who persuades him to leave. But the young man is in love; he is actually reluctant to flee and would rather spend all his time in the guest house Mimosa with Ida. When the girl washes his hands, her ring slips off of her finger and disappears down the plughole. The couple, however, has other worries. Marek gathers the courage to leave but he eventually jumps out of the train. He searches for Ida, but his effort is vain because the town was taken over by the Nazis. He is caught by the Gestapo in the Hrůšas' abandoned villa and is sent to a concentration camp. The war is over and Marek returns to Carlsbad. He learns from Mrs Hrůšová, whose husband was executed by the Nazis, that Ida may have successfully fled to France. Paleček says that the ring cannot pay for the painting. Marek gets some money from the hotel Atlantic director in exchange for unwillingly confirming his activities as a resistance member. Paleček, however, sold the portrait "to the lady from the painting" in the meantime. Marek finds her but Ida is now the wife of an American named Goodwin. She invites her former boyfriend cordially only in privacy, later showing him her son. The kid is about seven years old and his name is Marek. 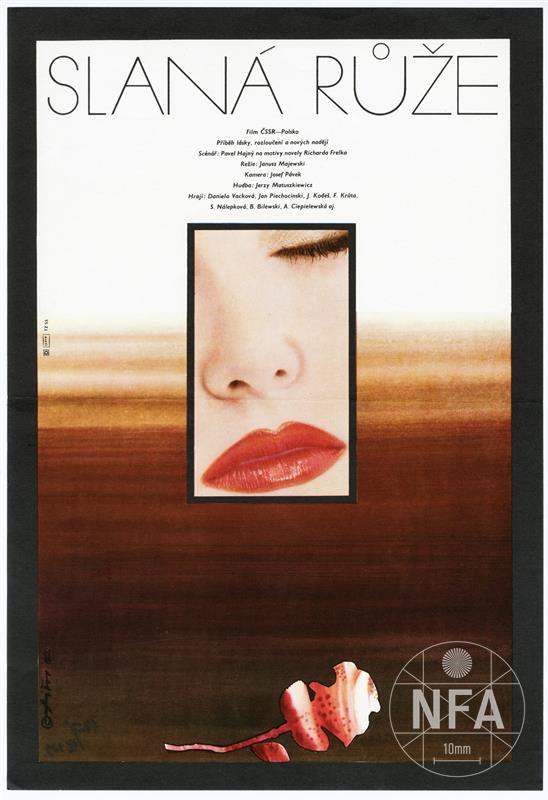