This classic 1728 ballad opera by English dramatist John Gay has been adapted several times for both stage and screen. One such effort was a 1972 non-musical adaptation by Václav Havel. If we do not count a performance by Prague’s Divadlo na tahu theatre company, which occurred in 1975 without the knowledge of the police in the pub U Čelikovských in Horní Počernice, just east of the capital, then the official premiere of this version took place in June 1990. A year later, Jiří Menzel, who successfully staged Havel’s Žebrácká opera (The Beggar’s Opera) in Prague’s Činoherní klub, also took the reigns for the film version. The adaptation strongly sticks to its stage roots, at the expense of creating a truly filmic spectacle. The film tells the story of two competing criminal organisations. One is led by the villainous Peachum, the other by the equally wicked, but very charming, swindler Macheath. Peachum persuades his daughter Polly to create some personal ties at the rival organisation in order to find out the nature of their plans. Meanwhile, Macheath also seeks to use Polly – as a mole to find out about Peachum’s activities. He succeeds in this plan as the naive girl falls in love with, and ultimately marries, her father’s nemesis. But “Mack” already has a wife: Lucy, the daughter of city police chief Lockit. Moreover, the crook’s real love is the cunning prostitute Jenny, who has no qualms about repeatedly betraying this man responsible for diverting her from a righteous career path. The story is set during the 1920s, and offers an entertaining moral about the dangers of the criminal intertwining of the state and underworld. The peculiar language used for the theatrical version is notably curtailed by the screenwriters – both Menzel and Václav Havel worked on writing the film adaptation. Menzel mostly casts the film with the actors from his theatrical version. Macheath is played by the elegant Josef Abrhám and Jenny by Libuše Šafránková. Peachum sees the former Jiří Kodet replaced on screen by Marián Labuda; the role of Lockit is excellently played by Rudolf Hrušínský, replacing the stage version’s Petr Nárožný. One bonus for film viewers is a cameo appearance by distinguished British actor Jeremy Irons in the role of a prisoner.

It is the 1920s. Captain Macheath, nicknamed Mack, is an infamous robber, thief and murderer, but also a sleek and elegant seducer. His competitor in the criminal field is Peachum who, however, has the advantage of being a secret ally of the police commander Lockit. The two underworld representatives employ all possible means to fight each other. Mack marries Peachum's daughter, a naive girl named Polly, hoping to capture his rival – Polly's father – with her help. Peachum learns about his daughter's marriage to Mack and is first in a rage; he, however, has no choice but to reconcile with the fact. A prostitute Jenny who was robbed of her virginity by Mack years ago, brings the dandy to prison several times. He is first helped to escape by Lockit's daughter Lucy who he also married some time ago. Peachum wants to make use of Mack's next imprisonment for some profitable business, thus offering Mack to join him and work together. Mack senses that an agreement with Lockit is behind the proposal. He is visited by Jenny in his cell. The prostitute explains and apologizes for the reasons for her betrayal. Mack believes her and outlines their common future to her. Lockit summons Mack before his release and explains that there is no escape from his offer because Jenny tripped him up again, betraying all Mack's plans. The captain must sign the agreement. Lockit and his wife rejoice at their control over the entire underworld. Mack walks proudly on the street with his two wives – Polly and Lucy, both pushing their prams. Mack conspiratorially winks to the camera.

The original comedy was written by Václav Havel on the motifs of a theatre play of the same title written by the English poet and playwright John Gay (1728). The play, which was introduced by Jiří Menzel in the Činoherní Club in 1990, originates from 1972 and it was performed only once by amateurs in 1975 in Horní Počernice. 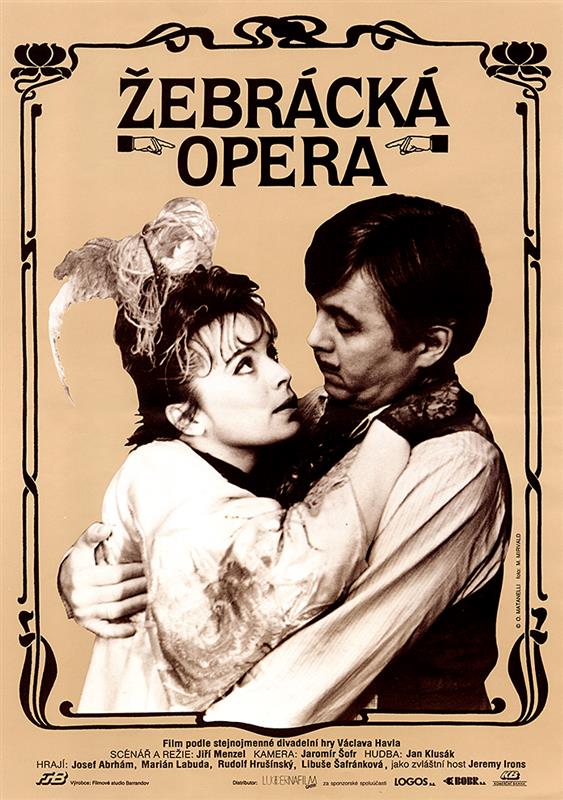 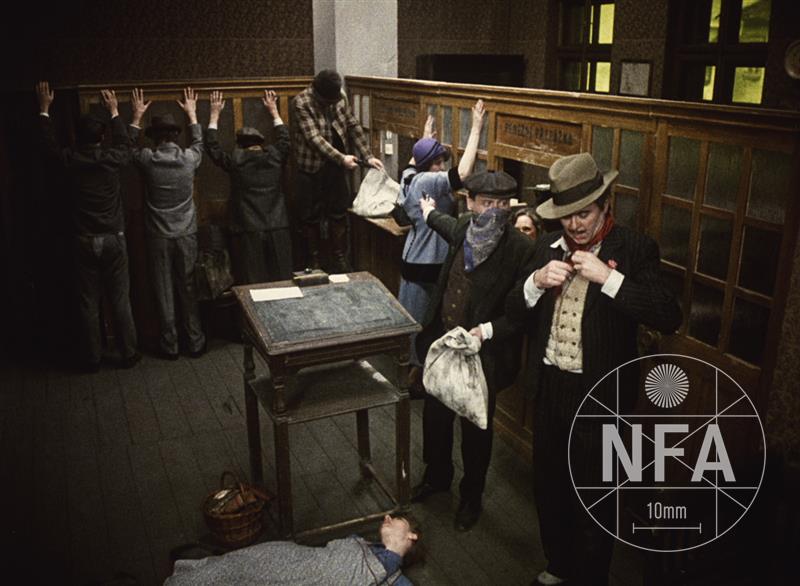 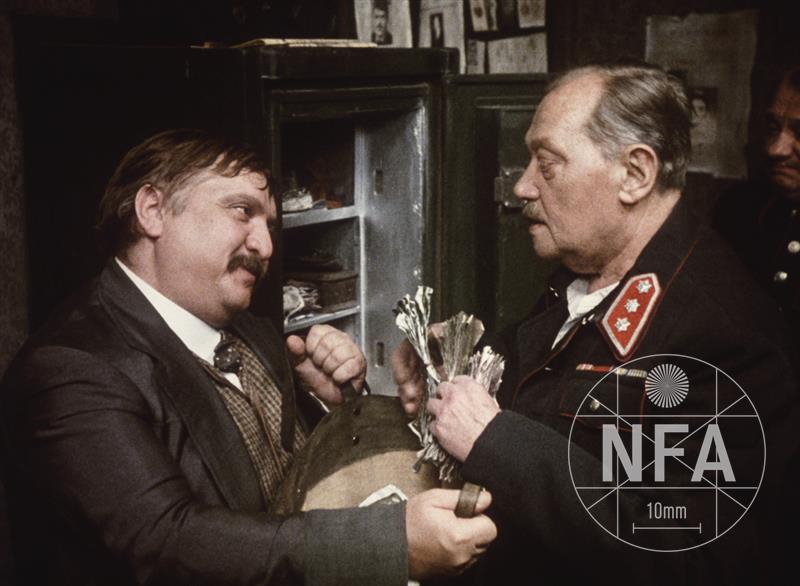 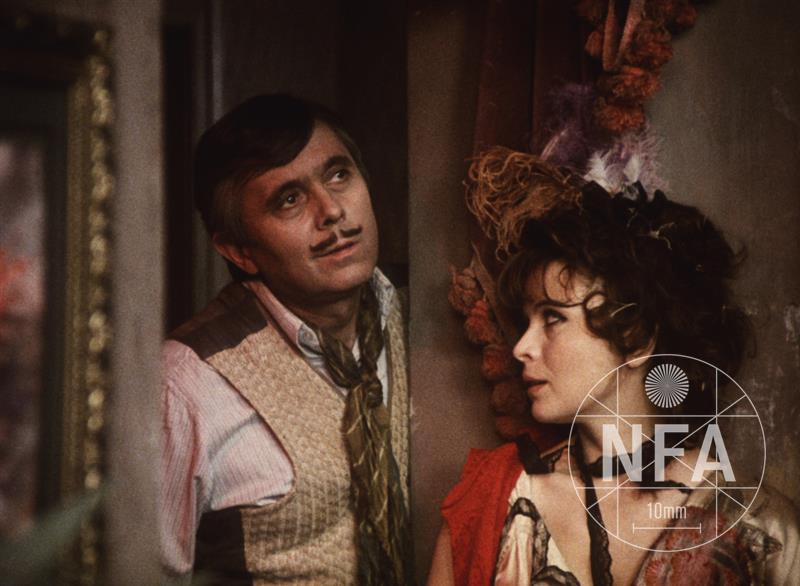 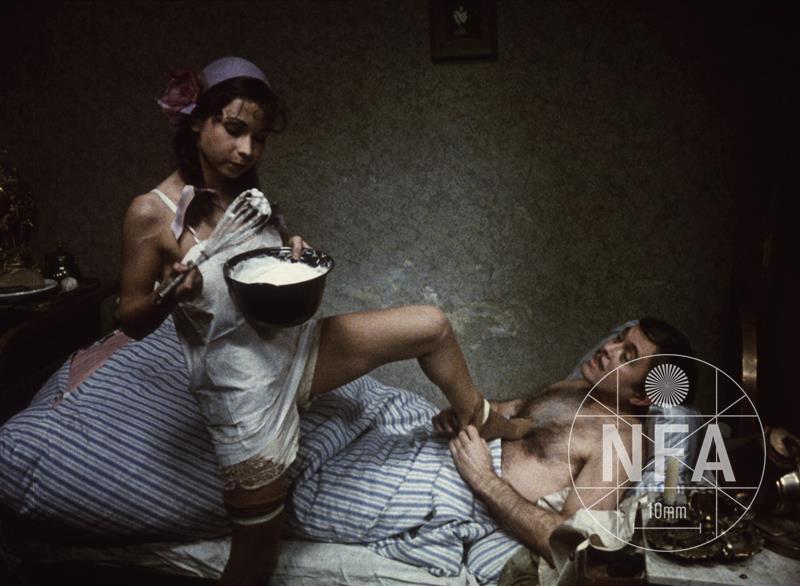