The 1968 drama Nebeští jezdci (Riders of the Sky), directed by Jindřich Polák, was one of the first “serious” features to which Zdeněk Mahler contributed as a screenwriter. Although the director had planned several other projects on the same subject, his ambitions were quashed by the onset of the “normalisation” era. But this dramatic story of Czechoslovak airmen in British RAF service is a good demonstration of Polák’s universal talent (his other works include the popular children’s “Tau” TV series, which led to the 1988 Pan Tau (Tau) feature-length movie, and the family-fantasy Návštěvníci (The Visitors, 1993) TV shows. Nebeští jezdci turned out to be a film that was later banned due to “normalisation” restrictions and censorship. Based on a 1964 novel by Filip Jánský, the film depicts true historical events, through the eyes of the fictitious crews of the RAF’s No. 276 Squadron. The protagonists are two Englishmen, a Canadian telegraph operator, and three Czechoslovak airmen: Captain Pavel Kolář, and gunners Študent and Prcek. Air strikes on German territory become an everyday but still dangerous routine. Študent is grievously injured during an attack on Nuremberg, in which he suffers burns and spinal damage. After his recovery, he realises the war is far from over for him. Jiří Bednář stars as Študent, Jiří Hrzán as Prcek, and Svatopluk Matyáš as Captain Kolář. Jana Nováková plays Patricia, a member of the Women's Auxiliary Air Force and Študent’s love interest. Director of photography Jan Němeček shot the film in black and white, so that he could use authentic aerial footage. The name of the film was inspired by a country and western song Ghost Riders in the Sky by American songwriter Stan Jones, and the piece itself features in the film. The rest of the music was composed by Evžen Illín.

The white gravestones at the military cemetery in English Brookwood display many Czech names. These were members of the British army of Czechoslovak origin who fought here and died for their homeland in the Second World War. The cries of the wounded and dying shift the story a quarter-century back. The crew of one of the bombers is composed of a Slovak captain, Pavel, an English co-pilot and navigator, a Canadian radioman and a pair of Czech gunners, nicknamed Student [Študent] and Shorty [Prcek]. Up to now, they have been lucky and have returned unharmed from all their raids over Germany. The routine is unchanging: raid – rest – briefing. Shorty keeps commenting on everything sarcastically and is protected from making terrible social gaffes only by his poor knowledge of English. When his colleagues translate his proclamations into English, they mellow them out considerably. Student loves pretty Patricia, a member of the Women's Auxiliary Air Force, and even visits her family. During a raid over Nuremberg, Student is severely wounded, ending up in a hospital with burns and spinal injuries. He refuses to see Patricia, who wants to visit him, and she eventually gets close to the airplane's captain, Pavel. A Czech fighter who suffered severe burns to the face commits suicide. Student returns to the garrison. During the next flight over the Channel, his plane has a fight with a German fighter that results in both machines falling into the sea. Shorty dies and there are only two people remaining in the inflatable boat – Student and the German pilot. 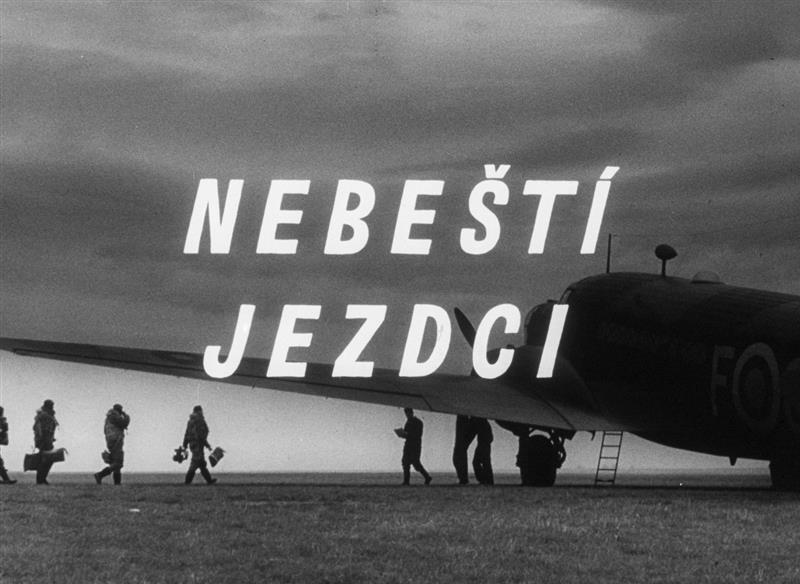 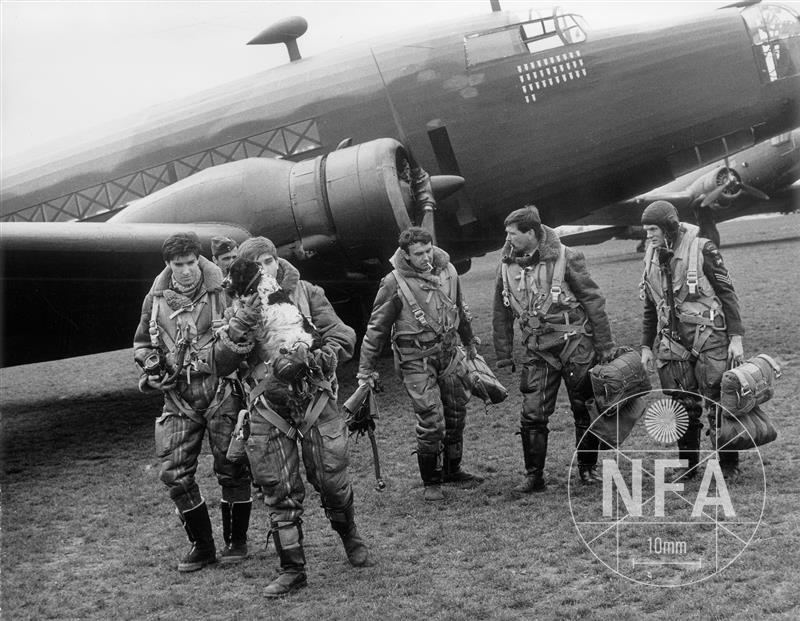 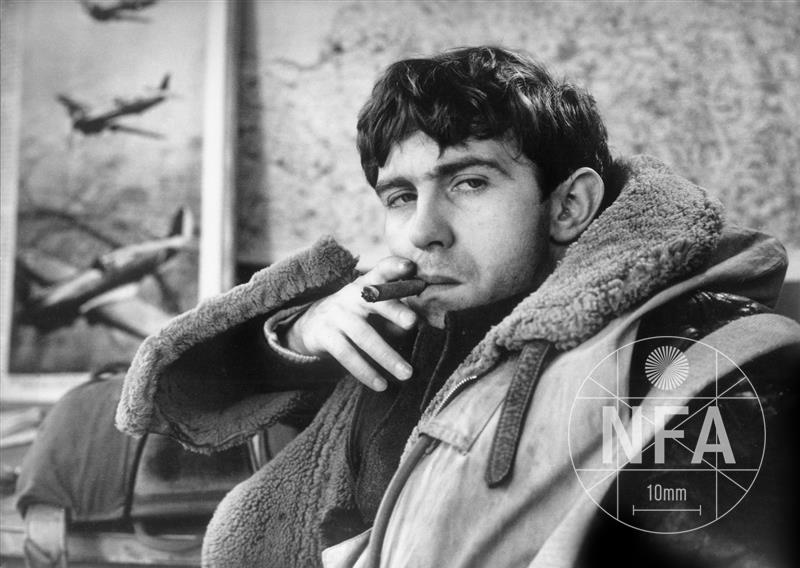 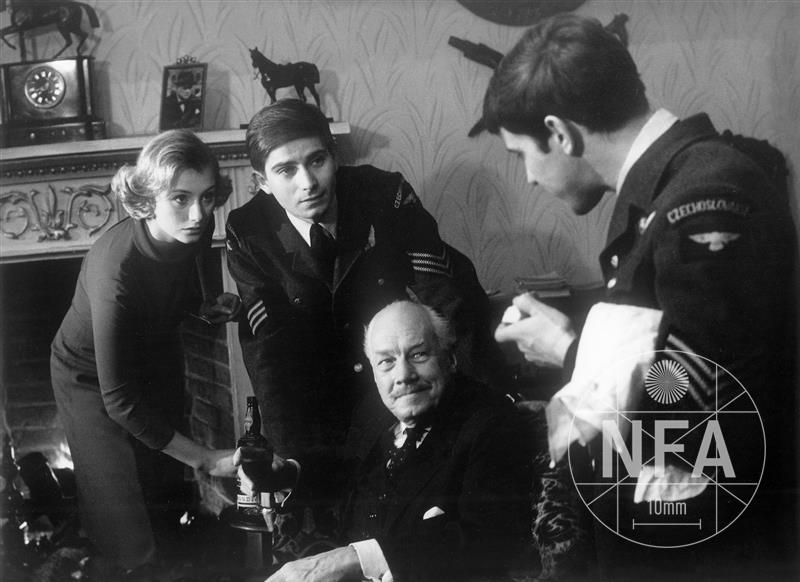 Riders in the Sky