Od zítřka nečaruji (English title: I Won't Conjure After Today, 1978) and Poplach v oblacích (1979) are two feature films which were created by stitching together several episodes of the popular 1977 children’s television series Pan Tau (Mr Tau). Telling the story of a silent man with a magical bowler hat, this modern comedy story, written by Ota Hofman and directed by Jindřich Polák, links together the Pan Tau episodes Poplach v oblacích (Alarm in the Clouds, 1978, TV), Lov na slona (Elephant Hunt, 1977, TV) and Noc v safari (Night on Safari, 1978, TV). In the film, Mr Tau causes a stir at the airport after taking a walk along the wing of a plane. Security inspector Málek does everything he can to catch Mr Tau, who eventually ends up losing his hat. By coincidence, this ends up in the hands of zoo staffer Kalous, whose life, as a result, takes a major turn. Thanks to the help of some children, Mr Tau manages to put everything back the way it should be. The much respected actor Otto Šimánek appears as Mr Tau in this beloved family favourite. Málek is played by Vlastimil Brodský.

In defiance of all the laws of physics Mr Tau is walking on the wing of an aircraft flying close to Prague. Young Alenka is enthusiastic, but the other passengers are horrified. The security inspector Málek believes the report from the crew to be a code alerting him to a hijack, and orders an emergency landing. In the confusion at the airport the fairytale Mr Tau disappears into one of the halls. The little elephant Bimbo, who is waiting in a cage to be taken to a safari park, grabs his magic bowler hat. Tau has to join the transport to the safari, while meanwhile the safari employee Kalous puts the bowler on his head. By coincidence the elephant and Tau leave the vehicle in the middle of the journey and continue on foot together. The shocked villagers prepare to set out to catch the exotic animal. At the safari park Kalous is told he must pay for a replacement elephant. The children organize a collection for the popular Kalous and count the money in the attic of his little house. Kalous' daughter Ivanka plays with the hat and accidentally magically summons Mr Tau and the elephant, who demolishes the ceiling with his weight. It is not until morning that the children find the bowler in the ruins of the house and Mr Tau can put Kalous's house and life back in order. Tests at the airport have excluded the possibility of anybody walking on an aircraft wing in flight. But in front of the dumbfounded experts an aeroplane suddenly lands at the airport with not just Tau, but three children who have come on the trip with him, sitting on the wing.

By assembling seven episodes of the third series of the medium length films presented on TV only, two feature films were created, I Won´t Conjure as from Tomorrow! and Panic in the Skies, which were shown in cinemas. The titles of the films: 1. Alert in the Sky, 2. Elephant Hunt, 3. Night at Safari, 4. Mr Tau and Woman-Magician, 5. Mr Tau at Pioneer Camp, 6. Mr Tau – And Which Is the Right One?, 7. I Won´t Conjure as from Tomorrow! 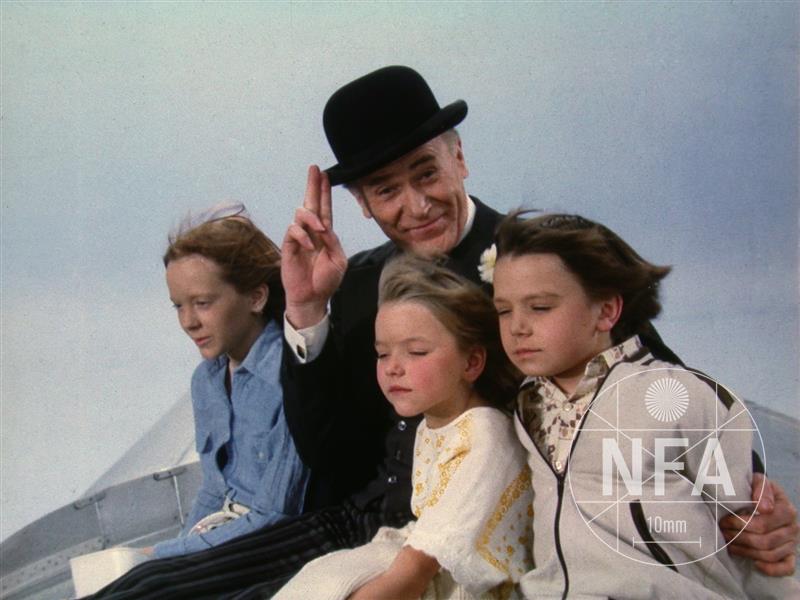 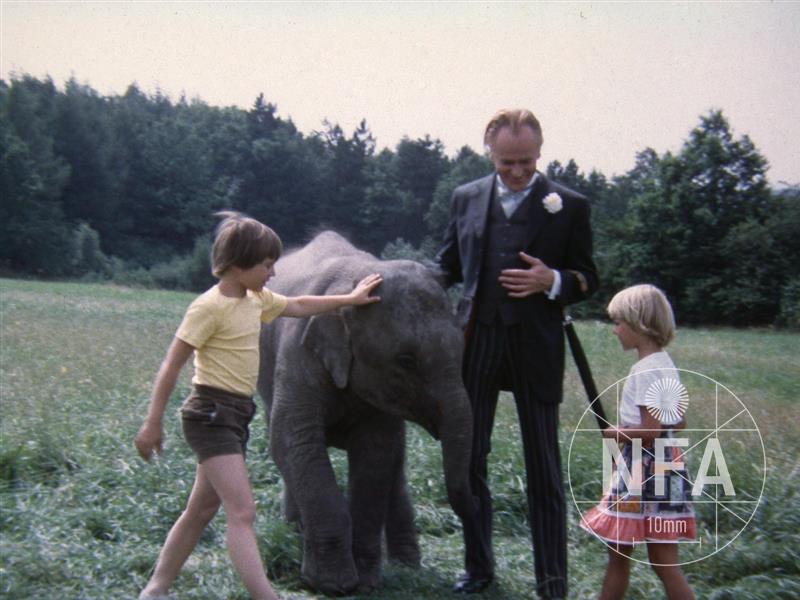 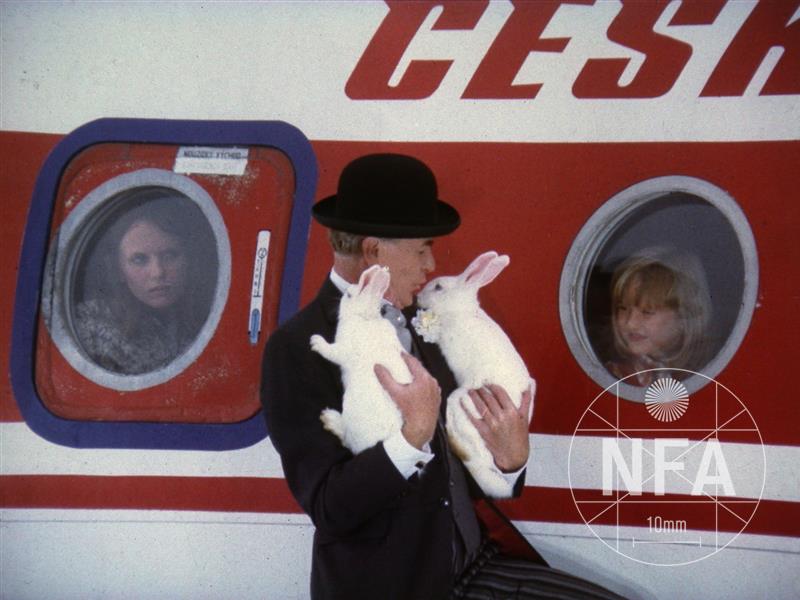