Seasoned director Věra Plívová-Šimková added another accomplished, hit family movie to her filmography in 1980 with Krakonoš a lyžníci (Giant and Skiers). First-time screenwriter Jana Knitlová provided the experienced maker of films for children and young adults with a narrative that takes place in the Krkonoše Mountains at the start of the 20th century. The main characters in the story, set in romantic, snow-filled exteriors, are siblings Jenda and Matěj Pelč, who illicitly help out at a glassworks. The boys are lifted out of their daily routine by a famous smuggler who escapes the malevolent defenders of official justice – finance officers – using the latest invention from Norway: skies. The man, who for the Krkonoše’s residents embodies rebellion against the injustice of the imperial and royal authorities, transmits his passion for skiing not only to the curious boys but their teachers. However, the hunt for the smuggler is far from over… The whimsical story about how skis arrived in the Krkonoše offers young viewers a playful spectacle packed with humour, poetry and adventure. Social questions linked to the impoverishment of Czech glassmakers do not arise in the poeticised narrative. The charismatic Karel Heřmánek appears in the role of the smuggler, in whom the boy heroes see the only just man in the mountains, Krakonoš. The kind-hearted teacher, who supports patriotic reading among his pupils, was portrayed by Ondřej Havelka. In line with her previous practice, the director cast non-actors, whose natural performances contribute to the authentic atmosphere of the movie as a whole, in the children’s roles. The playful nature of the narrative is reinforced by the music of Petr Hapka. From a difficult shoot in the snow, experienced cinematographer Emil Sirotek succeeded in eliciting a visually compelling tribute to the mountain landscape, which goes through vivid changes in the period between Shrovetide and Easter… Giant and Skiers is justly one of the most popular films for children and young people produced in the 1970s and 1980s.

Matěj and Jenda, two of the eight children of the poor Pelc family in the Giant Mountains, help in a glassworks where the oldest brother Francek works. They hide into a tub not to be seen by supervisors checking on the ban of children labour. They miss the Epiphany carol (songs and treats door-to-door) and all neighbour village boys again on them in all the neighbour houses. On their way home they are passed by a fast moving big man with a large backpack. The boys send the customs officers, who are pursuing the strange man, to the opposite direction. The man then thanks them and rewards them the next day. Based on fairy-tales and legends the boys think the man is Krakonoš (the giant living and ruling in the Giant Mountains). Skis that Krakonoš (a smuggler in reality) uses for his smuggling trips across the frontiers spread quickly about the mountains. Children, their good teacher, and strict revenue officers learn to ski. Vítek, an inn-keeper's son, the Pelč's neighbour, wants to be an exciseman to win love of beautiful Rózička. When he finds out she does not want a man like this, it is too late. He overheard when "Krakonoš" would be carrying contraband from the frontier and he disclosed that to the exciseman supervisor. The smuggler, however, is rescued by a fancy-dress ski parade crowd, as he is favoured by all the village people. The disappointed excise men welcome to have a tasty just-smuggled Breslau burnt-wine.

Actor Václav Lohniský died of a heart attack during the movie making; the introduction of the film presents the shots he had managed to make. 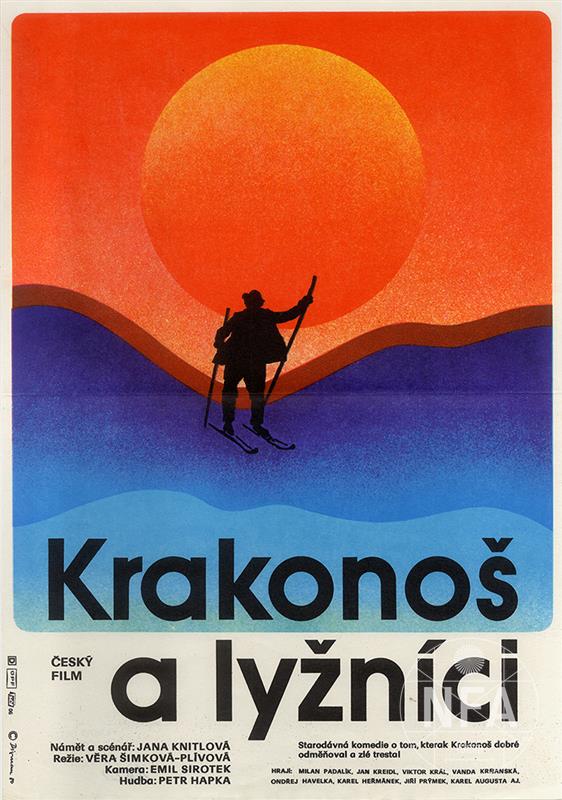 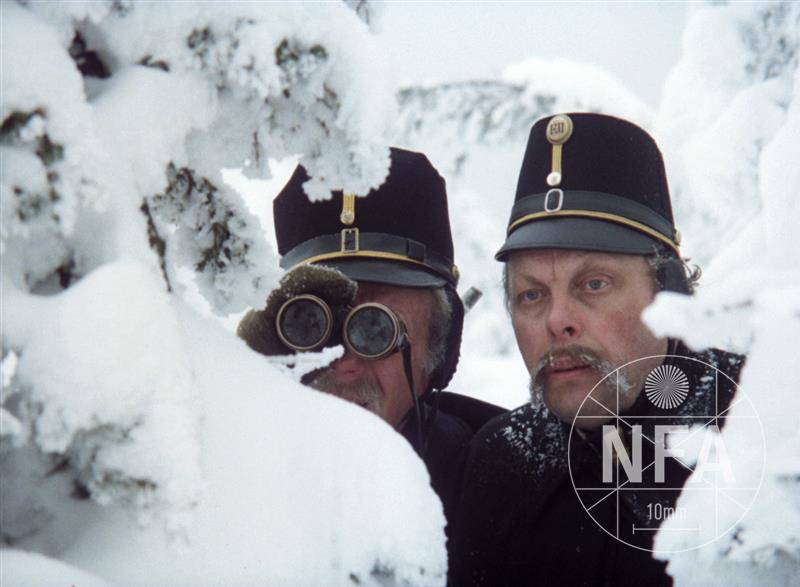 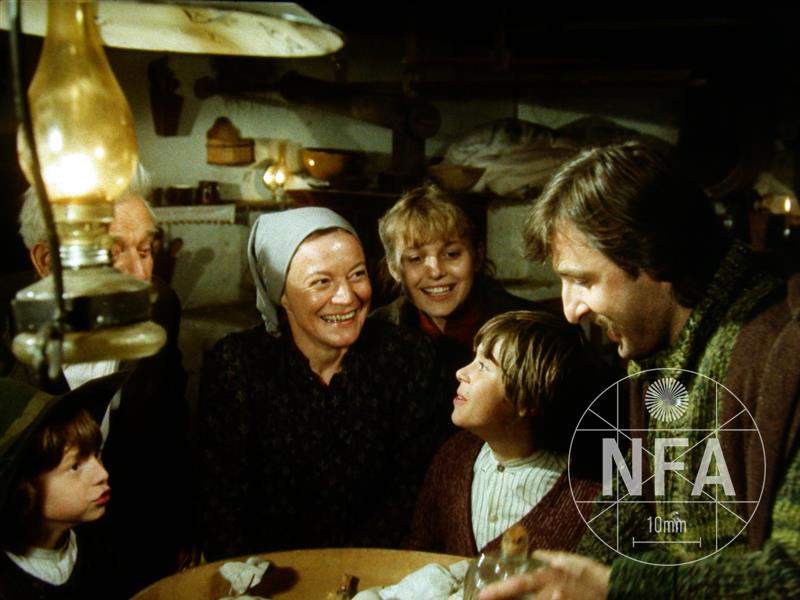 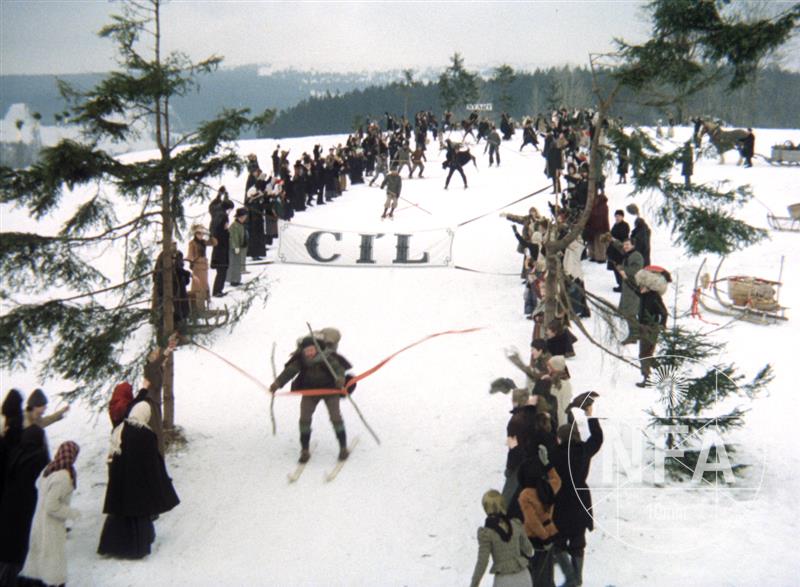 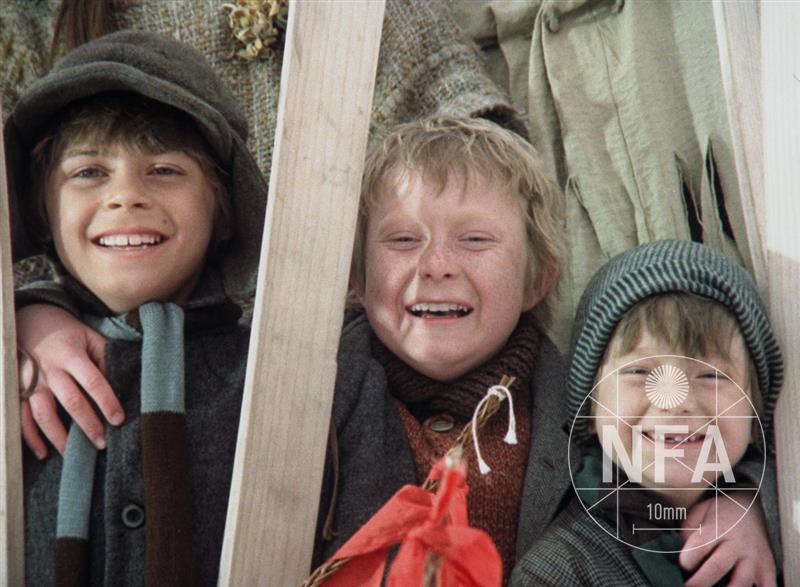