The songs of Michal David added a pop panache to a number of Czech films in the 1980s. One of the most popular movies in which they could be heard was this comedy by director Jaroslav Soukup from 1987. He also made other popular films for young people – Láska z pasáže (Love from the Arcade) and Kamarád do deště (A Good Pal), which also had a sequel, like Discopříběh (Discostory, 1991). This musically attuned spectacle, which is one of the most typical populist titles of the decade, describes the fate of a 16-year-old apprentice chimney sweep, Jirka, and his widowed father Jiří. He is worried about his son, because he has to constantly smooth out his troublesome exploits. Ultimately, however, a reconciliation between the generations occurs, in which the young hero and his peers simply demand that their “parents take them seriously.” Jaroslav Soukup worked on the script with Boris Janíček (real name: Eduard Pergner), who also wrote lyrics for songs that are the means by which the youthful hero represents a world of infantile optimism in the spirit of the official “discotheque” pop culture. Like the target audience, the familiar tone and relaxed humour were primarily aimed at youthful apprentices. One of the film’s interesting aspects is its “decentralisation,” i.e. unlike most similar movies it does not take place in Prague, but in Plzeň… The role of Jirka Horáček was the first major acting opportunity for the youngest Rudolf Hrušínský, whom Soukup also cast in Svatba upírů (Vampire Wedding) as well as in two comedies from the Byl jednou jeden polda (There Once Was a Cop) series of movies, which also starred the experienced Ladislav Potměšil, who played the role of the troubled hero’s bricklayer father in Disco Story. Jirka’s insincere love, Eva, was played by Mariana Slováková, who subsequently appeared in Soukup’s romantic film Divoká srdce (Famous Duels, 1989). However, Jaroslava Bobková, who played the nice hairdresser, Jitka, did not pursue a career acting in films.

The sixteen-year old chimneysweep's apprentice Jirka Horáček is seen off to a school celebration by his widowed father. But as soon as Jirka parts from him, he and his friend Roman go to a disco in the coffee bar Slavia. Jirka becomes fond of the attractive blond Eva, but she belongs to the older dandy Cáfa. As soon as the disco is over, the young lad turns back into the "good son". He meets Jitka and her great mastiff in the corridor of an apartment house. He dreams of big love on the roof of his prefab house before going to bed. The next day, Jirka steals Eva's photograph from the school-leavers class photograph hanging in a florist's shop. Jitka waits for him at home with his ID card, which he lost in her house. Roman likes the girl and the boys arrange to go to a cinema with her. On the way, Jirka spots Eva and joins her and Cáfa's gang. He bets with Cáfa that he would run naked across the square in Plzeň. Although he wins, Cáfa meanwhile runs away with his clothes. Jirka and Eva end up at a local police station. Jirka decides to seek revenge. He invites Cáfa's gang to a luxurious restaurant and he and Eva run away just before getting the bill. The girl is impressed by his "exploit" and they agree on a date. But when she finds out that the boy is a chimneysweep's apprentice, she breaks up with him once and for all. Jirka gets drunk. His feats worsen the relationship with his father. Cáfa's gang tries to extort the money paid for the restaurant bill from Jirka and beats him up when he refuses. The sad Jirka sets off to meet his father at a construction site where he works, but the father has no sympathy for him and slaps him across his face. Jirka packs his things, writes a farewell letter to his father and leaves. The father vainly searches for him. But Jirka has nowhere to go; he is hungry and suffers from cold and lack of sleep. He waits for his father to leave for work, crawls into the flat through the window and gets some food and sleep, disappearing again before the father returns. The father spots the traces of his visit and keeps leaving food in the fridge for him. One day, the father and the son meet over breakfast and reconcile. A street in Plzeň is full of dancing boys and girls and the singing Jirka walks through the crowd of his coevals lining the pavement. 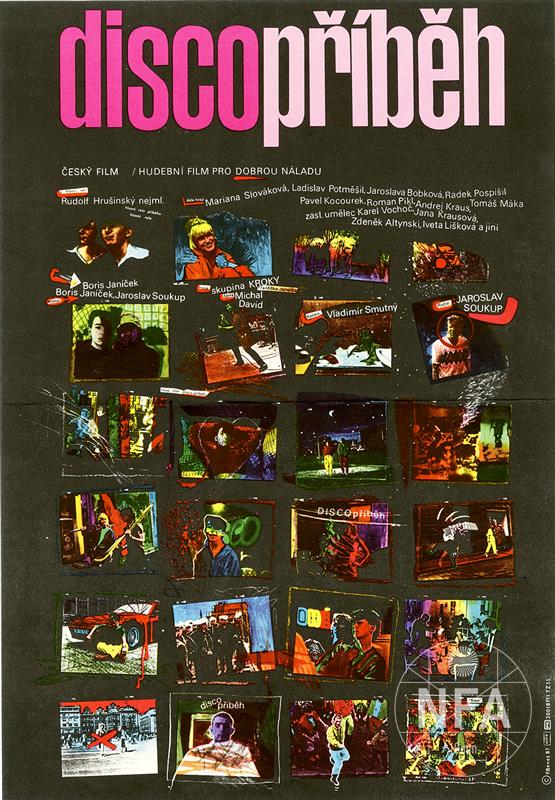 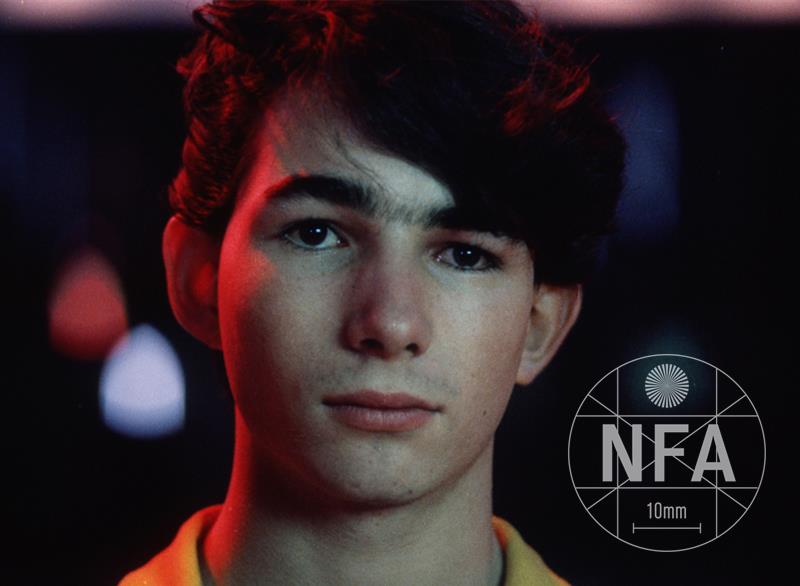 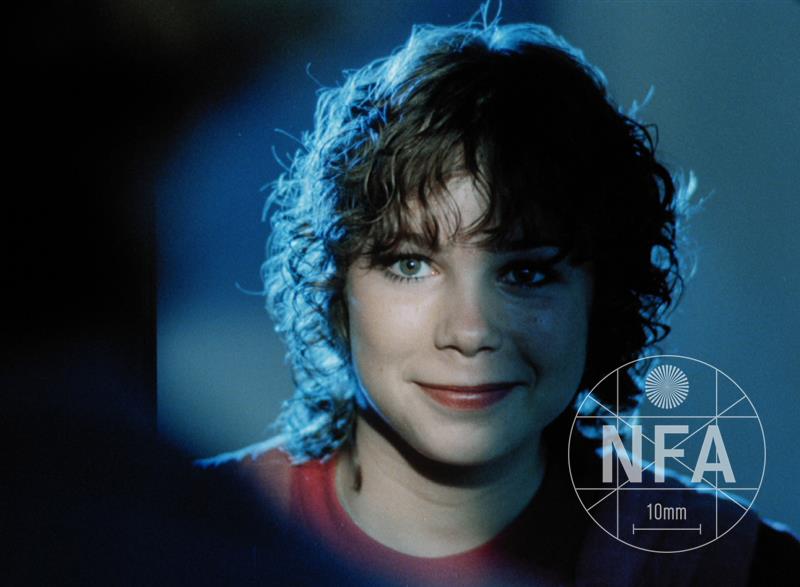 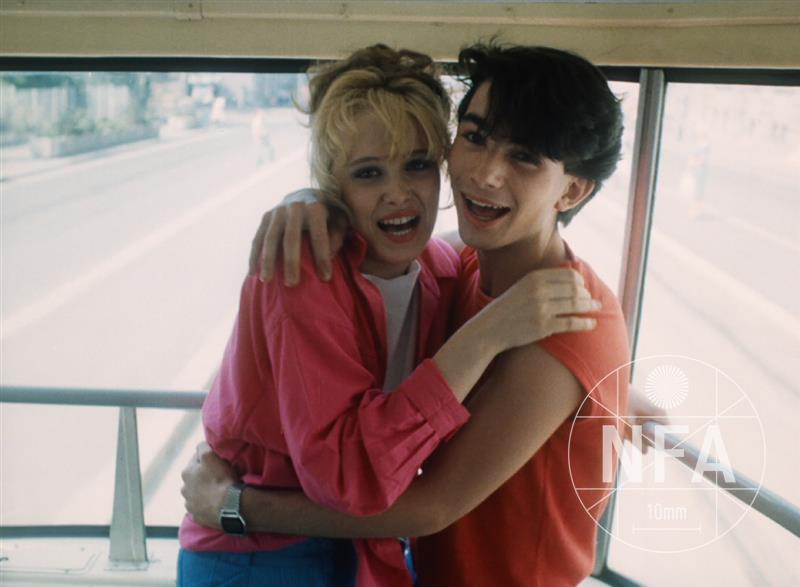 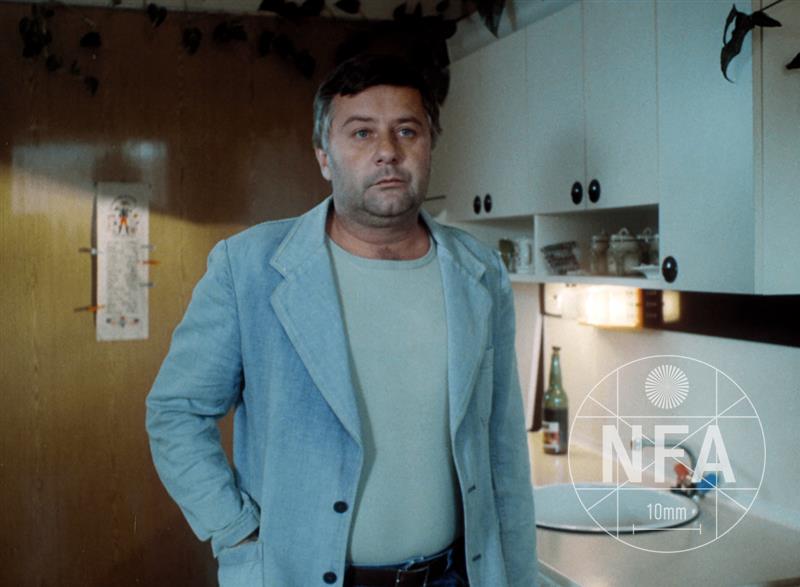 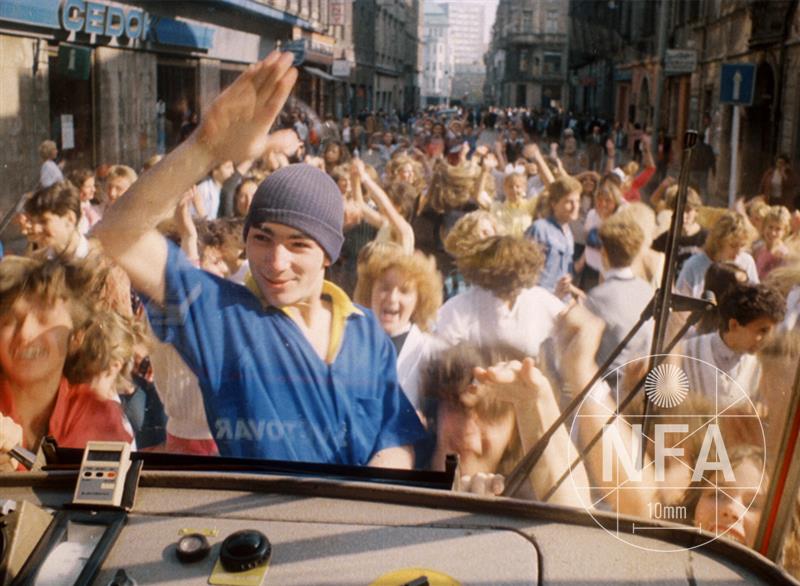