This tragicomedy about the pitfalls a man entering “Christ’s age” may encounter was Milan Šteindler’s first work as a director. Among the prominent playwrights of the Sklep Theatre, he further demonstrated his talent by creating a “traditional” narrative. With a significant contribution from screenwriter Halina Pawlowská, Vrať se do hrobu (Go Back to Your Grave!, 1989) differs in both form and style from films made by other Sklep ensemble members: for example, the mosaic Pražská 5 (The Prague Five, 1988) and the rhythmical Kouř (Smoke, 1990) by Tomáš Vorel and the audio-visual feérie Don Gio (1992) by brothers Michal and Šimon Caban. Yet Šteindler’s film is still a generational work, whose main character wages an exaggeratedly comic battle with his groundlessness and mental complexes stemming from life under the previous regime. Sociologist Víťa Jakoubek (Milan Šteindler) has both a job and a family but neither satisfies him. When at last given an independent research project – to examine the marking system for high school leavers – he jumps at the chance and, relying on his youthful looks, pretends to be a new student in class. The scientist’s cover is known only to the school’s director while its staff and students haven’t a clue. However, the research becomes slightly derailed: the thirtysomething man finds the return to his adolescence much too enticing and starts leading a double life. His high-school alter ego soon begins to impact Víťa’s family life. An affair with a schoolmate named Eva (Klára Pollertová) suddenly seems more comprehensible than his relationship with wife, Jana (Dana Batulková). However, since morality is at stake, the truth about the central character is revealed and his new friends send the scientist where they think he belongs: to the grave… This likeable, unjustly neglected film is both clever and humorous entertainment. Halina Pawlowská, with whom Šteindler also collaborated in the making of another tragicomedy, Díky za každé nové ráno (I Thank You for Each New Morning, 1994), makes a cameo appearance as a cleaner, while Jaroslav Dušek plays Víťa’s much too talkative colleague Horálek, in the first of his many portrayals of obnoxious officials.

Social scientist Víťa Jakoubek – a married man in his thirties and the father of two sons, Jakub and Martin – is not satisfied with his life. He was not appointed to any scientific task in the research institute where he works, he lives on a grey housing estate, his wife Jana is constantly in a rush, the children are unruly and he has to work hard on the cottage of his father-in-law every weekend. But then he is finally appointed to an independent sociological research aimed at finding out the value system of high-school graduates. One of the pedagogues at a grammar school considers him to be a new student. The young sociologist adopts this cover identity with the awareness of the schoolmaster. Although he is not attractive at all and his style of dressing is viewed as hopelessly outdated by his schoolmates, Víťa gains many friends among the graduates and even the big-eyed class star Eva falls in love with him. Students come to believe that Víťa was delayed in his studies by illness, and he is moreover only a few years older. Víťa begins to fancy student life again, he passes Jana off as his older sister in front of the gang of his schoolmates, and forbids his sons to talk about him and recognize him as their father. The researched students sometimes surprise Víťa – for example by demanding a bribe for prompting at the blackboard. Víťa goes to a disco with his student gang but he does not have too much fun – men of his age asking for a dance are palmed off by the sentence "Go back to your grave!" The same evening, Víťa is expected at home by his wife, his mother-in-law and Jakub suffering from an inflammation of the middle ear. Víťa gets some new, modern clothes because he is flattered by Eva's interest in him. A new after-school club manager refuses to hand him his son over for the boy obediently keeps denying his father in public. The double life causes Víťa problems and the angry Jana eventually moves away to her parents with the children. Although Víťa fails at the A-level exams, he throws a party at home for his schoolmates and then ends up in bed with Eva. His shocked mother-in-law, who catches him red handed, betrays the Víťa's age as well as his marital status to the students. The disgusted youngsters discard him and Eva subsequently sends him "back to the grave". Víťa first tries to reconcile with his wife, but in vain. He meets her in a park after sometime. Eva is sitting in a tree and Víťa thus climbs up to her. It seems that the crisis is over. Víťa receives a new research task in the institute. This time, he leaves to a retirement home to explore the value system of citizens enjoying their well deserved rest. 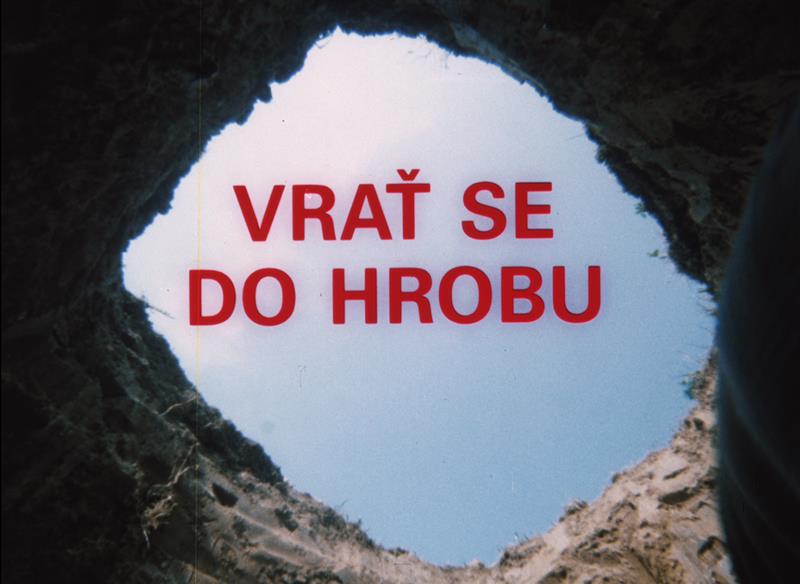 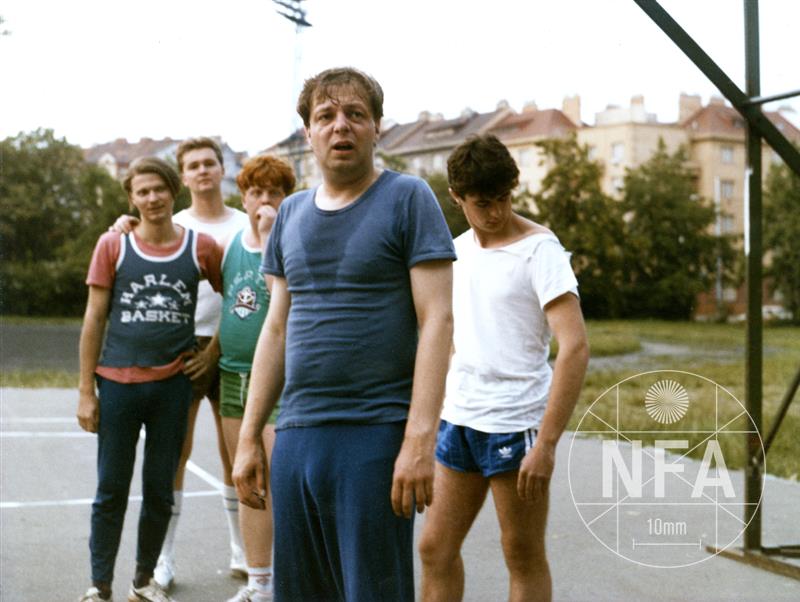 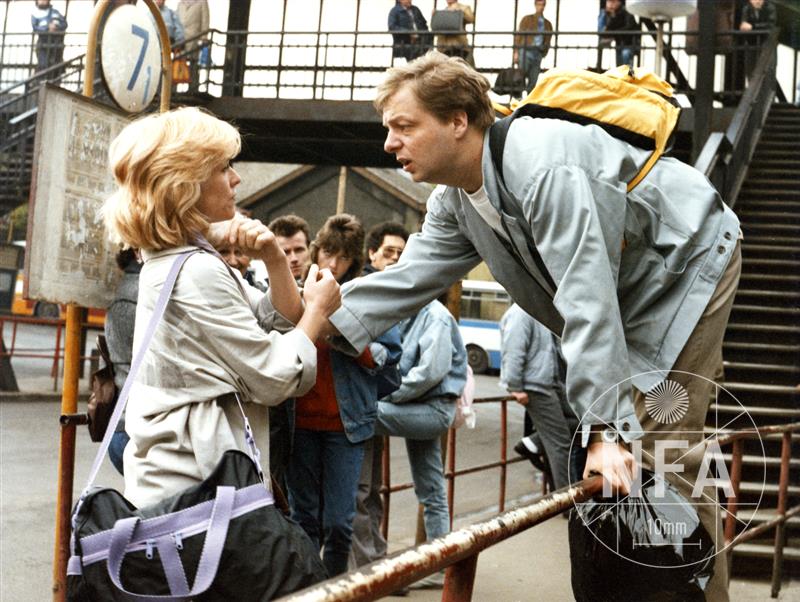 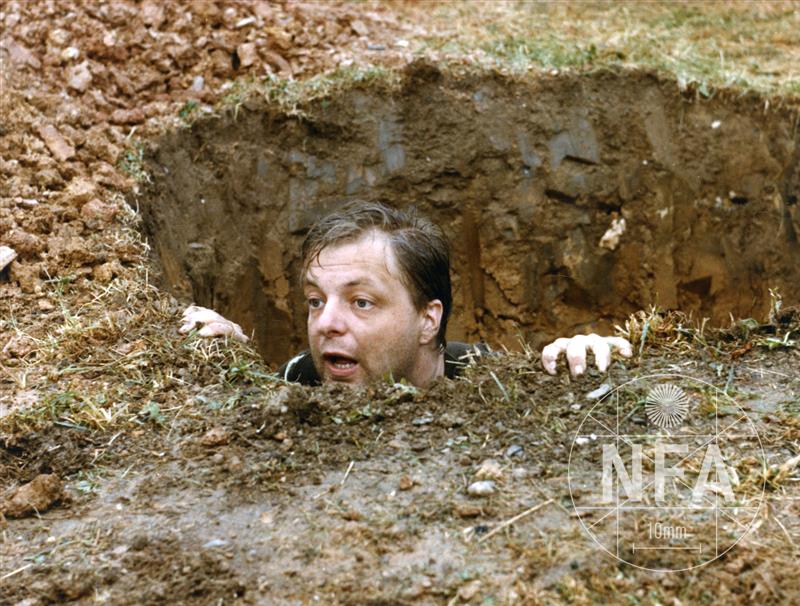