Screenwriter Jiří Šebánek had Slovak jazz musician Laco Déczi in mind while creating the character of Beno Vichnár – the protagonist of this 1989 comedy by accomplished director Július Matula. Just like Déczi, Beno plays the trumpet and is the head of a jazz band. He’s not short of pride that he able to live and work as a freelancer. He refuses the chance to marry his landlord’s daughter and also knocks back a lucrative offer to play in the band of popular singer Gábina Kleinová. Beno in fact often spoils everything for himself. He’s always without a penny and he gets entangled in situations created by his pranks. But still, he values his freedom above all… Slovak actor Marián Zednikovič shines in the lead role of this nostalgic comedy. Jiří Schmitzer plays the part of Beno’s friend Emil Vidlák, Lucie Bílá – the real-life singer – is Gábina.

The Slovak head of a Prague jazz band, the trumpet player Beno Vichnár, lodges in a villa owned by a pretty widow named Vlasta. The woman views him as a groom for her daughter Bohuna. But Beno is proud of his freedom both in his life and his profession. The band should soon perform on the radio. The performance is arranged by the saxophonist Emil Vidlák, and Beno wants him not to go under three hundred crowns per person. At the moment when the committee offers Emil five hundred crowns, the impulsive Beno rushes in and spoils everything. Although he is eternally broke, he refuses to play in the band of the popular singer Gábina. The dramatic adviser Verner arranges the recording of an LP for the Supraphon music agency for the group. The two friends cannot sleep off the consequent celebration in a bar in Emil's flat because his attractive wife, a stewardess, has a lover over. Beno cannot understand that Emil loves her so much that he tolerates this. He befriends a Roma family at a railway station. At Vlasta's villa, he makes her a window into a dark kitchen by knocking a hole in the wall with a pickaxe, and then runs away. He wants to make love to Gábina in a tent by the Vltava river, but the curiosity of the fishermen and the riverboat passengers makes the lovemaking impossible. Old men from the village of Roztoky will be on the cover of the new album instead of the musicians. Beno invites his new Roma friends to the live recording in a jazz club but the drunk Deo unfortunately spoils everything and the obstinate Beno leaves after an ensuing quarrel. A percussionist takes his revenge for the group's break-up - he sets a trap and the jealous husband of his lover beats up Beno. Beno ends up in a hospital with bloody wounds and gains keys to a railway watchman's house from a co-patient. He lives there with Emil who now performs with Gábina. They like to dress up in theatre costumes and stage "live images" from the attic for the people passing by in trains. Emil visits his wife in Prague and impresses her with a borrowed mercedes. He takes Gábina with him on the way back, but Beno refuses the offered engagement again. The two friends have a harsh dispute and Beno tries to put his "freelancing" - called "free leg" in Czech - behind his neck after Emil's "recommendation", thus almost drowning in a bath tub in front of the house. Emil saves him and the two stage a scene "Don Quixote and Sancho Panza" on the railway track. Their clash with an approaching train is halted by Vlasta, who arrives with Bohuna, by pulling an emergency break. In the consequent confusion, Beno jumps on the moving train and gets away from everybody. 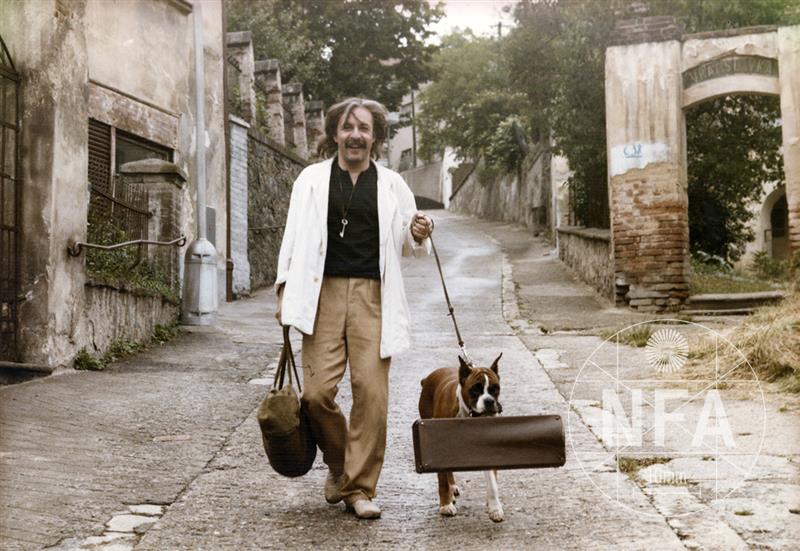 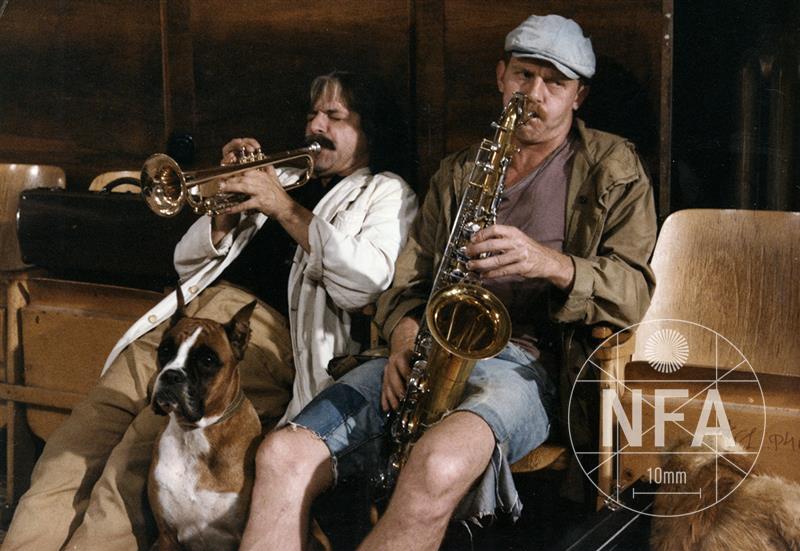 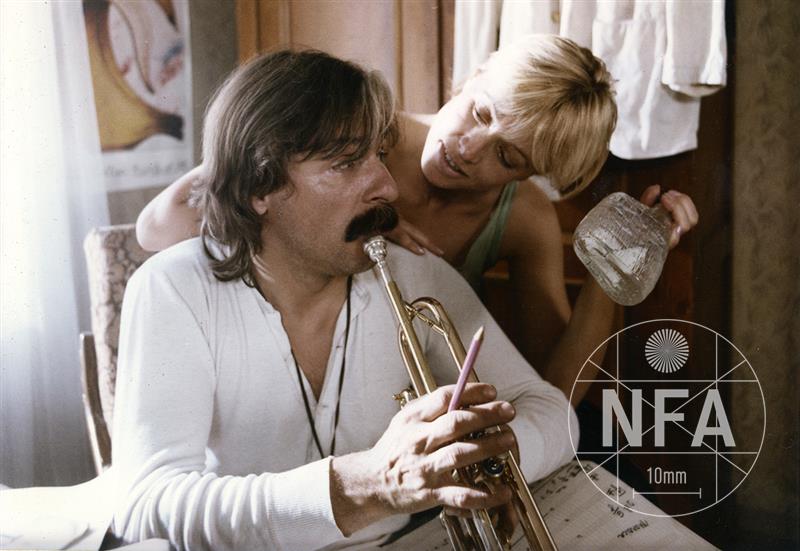 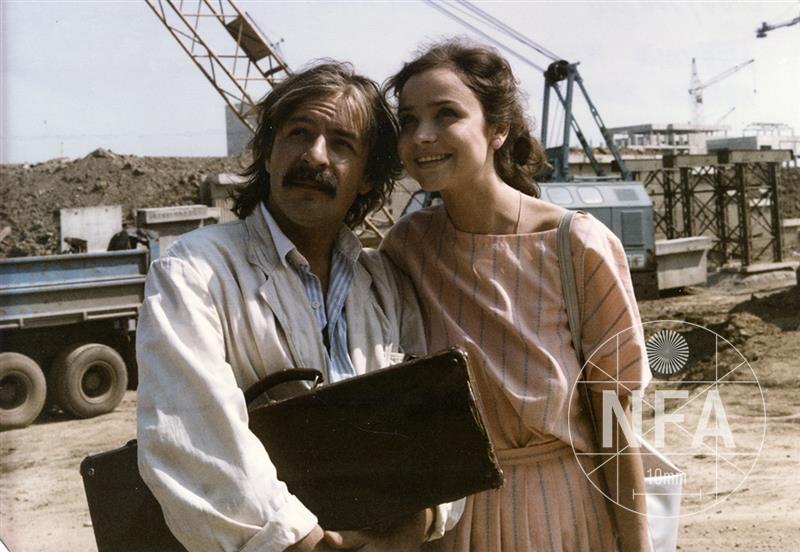 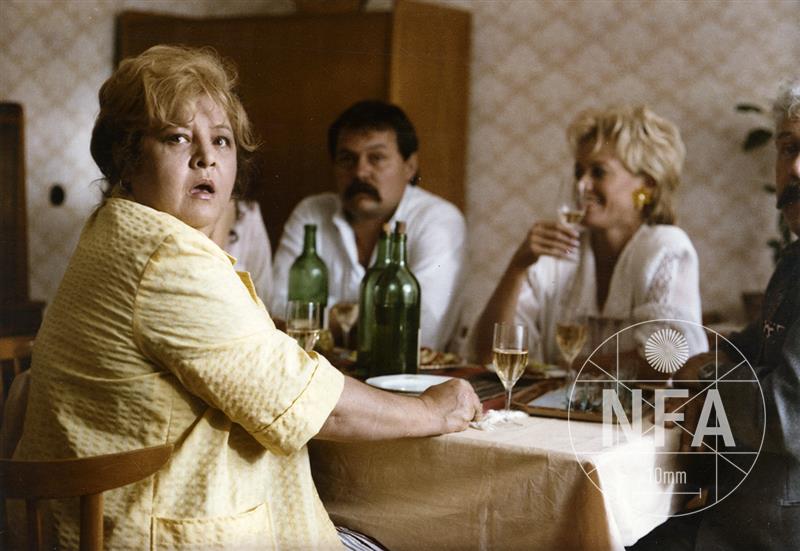