While Vladislav Vančura’s novel was first published in 1934 it remains popular with readers today, in part thanks to director Jiří Menzel’s 1989 film adaptation. Konec starých časů (The End of Old Times) is set shortly after WWI at the stately home Kratochvíl, where among the new agrarian elite appears a fascinating guest, the Russian exile Megalrogov. It soon transpires that the elegant aristocrat is a modern-day Baron Munchausen. However, despite his clear untrustworthiness he is exciting and attractive to the nouveau riche locals (and especially their children, daughters and wives)… In the hands of Menzel and screenwriter Vratislav Blažek, the basic theme of Vančura’s story, the clash between the old and new worlds, merges organically with a sense of nostalgia linked to the notion of the good old days. While they, as we know, never existed, their representative – the noble wanderer Megalrogov – impresses thanks to his dignity and confidence. The adversaries (and hosts) of the self-styled “aristocrat of the spirit” are uneducated, crude moneygrubbers of the type of Stoklasa, a big farmer. The regent has his eyes set on Kratochvíl, which he aims to take ownership of materially and spiritually. Megalrogov nonchalantly shows him, however, that notional “old times” cannot be bought… Menzel again displayed his skills at adaption in this attractively conceived narrative that in its refinement and tragicomic tone follows on from the director’s other “nostalgic” adaptations – Vančura’s Rozmarné léto (Capricious Summer) (1967) and Bohumil Hrabal’s Postřižiny (Cutting It Short) (1980). While the expressive Czech of the book was transformed in the hands of its adaptors, the “painterly” camera work of Jaromír Šofr heightened the popular picture’s formal quality. Josef Abrhám excelled in the role of Megalrogov and later appeared in two Menzel projects relating to Václav Havel: as Vaněk in a television version of Audience (1990), and as Macheath in The Beggar’s Opera (1991).

After World War I, the big landowner Stoklasa becomes regent of the castle and manor, Kratochvíle. The small, round widower lives with his daughters: the small Kitty, and twenty year old Michaela and their governesses Ellen and the French Susanne, whom he likes. Another employee, the librarian, Bernard Spera, is engaged in the castle history. Stoklasa wants to get the manor in his ownership. A young lawyer, Pustina and the big landowner, Lhota will help him with that. The regent organizes a grand hunting with a feast. But the low-born parvenu invites his neighbour, the count Koda, in vain. Both Pustina and Lhota's son, Jan, are courting Michaela. The girl gives priority to Jan. A couple - the colonel prince Alexej Megalrogov and his servant, Váňa, come up from the wood to the table near the little pavilion. The prince does not know anybody, but he wines and dines sparsely and reads the future from the hands of Michaela, the custodian Cornelia and Susanne. When jealous men want him to leave, the prince gets offended and almost leaves. The children- Kitty and her friend Marcel, like the unexpected guest very much and the girl asks her father to invite him to the castle. The prince settles in quickly. He teaches the children to whistle, he runs around with them, he enchants the servants in the kitchen; with misses he plays blind man's buff. Cornelie is flirting with the librarian and the prince with Michaela. The suitors are jealous and they want Stoklasa to throw the prince out. But he does not want to get rid of the attractive guest. Alexej claims that his mother was a noblewoman, Perchta from Romberk. He catches the influential Charousek vice-chairman, of the cottagers' party, poaching in the wood and punishes him on the spot. Jan leaves Michaela, when he finds out that both fathers are already planning their wedding. Spera is bitterly watching at night, through the keyhole, the heavy petting of Cornelie and the prince. Charousek insists on an apology. Without his help, the Spera's matter will not succeed. Now the prince spends a night with Susanne. In the morning, Spera has a fight with him. After the earl slaps him, he connects with Jan and Pustina in order to revenge. The prince teaches Michaela fencing. Instead of an apology, he kicks Charousek out of the castle. Jan calls the prince out. The prince loses on purpose and then calmly he puts on a degrading hat of the Baron Münchhausen. Jan wants to continue fencing, but this time he is masterfully defeated. Then Megalrogov says goodbye to everybody. The children want to leave with him. Michaela, Susanne, and Cornelie have the same wish. Spera gets drunk with Ellen. Stoklasa catches them and fires them both. The prince, with Váňa, escapes over the wall in the early morning. Charousek makes a deal with Stoklasa. The disappointed children have only the Münchhausen hat. Stoklasa is having breakfast with Susanne and the butler, Kotera, is nostalgically looking out of the window. 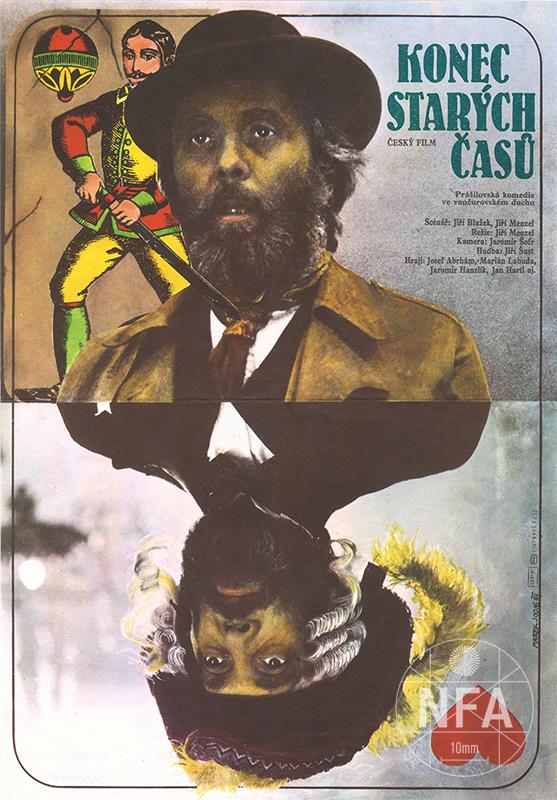 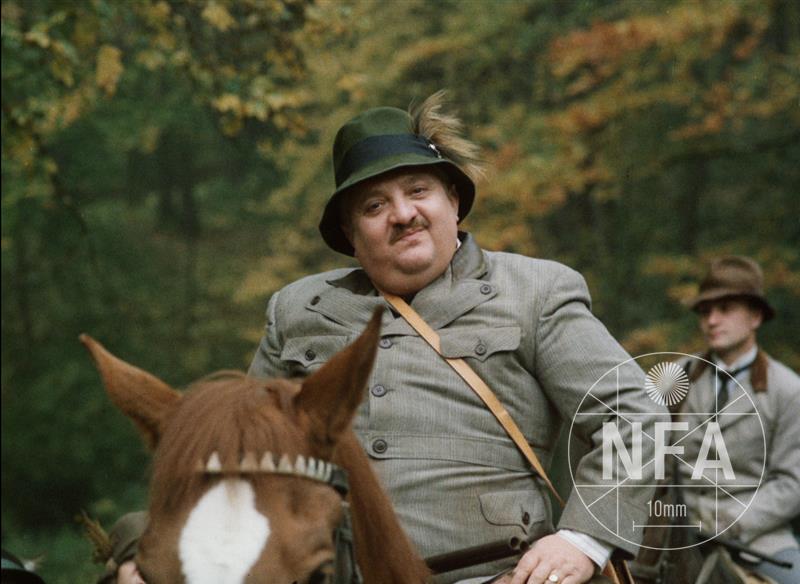 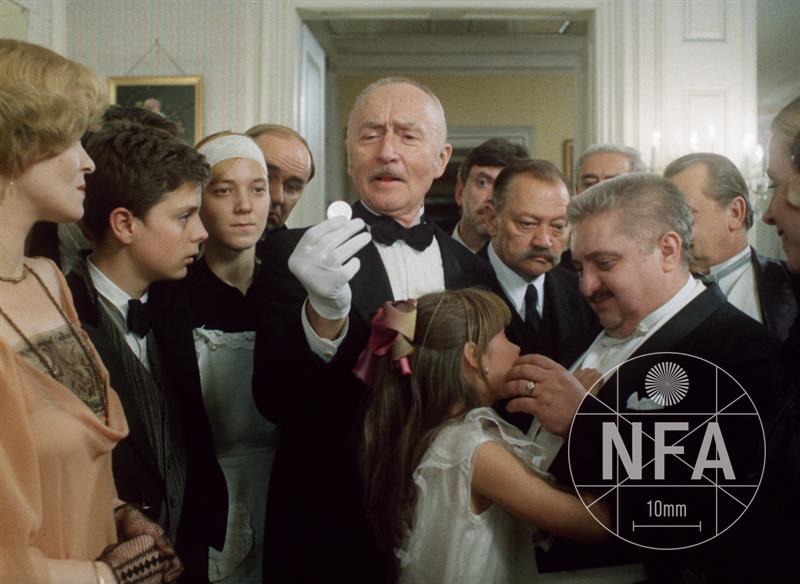 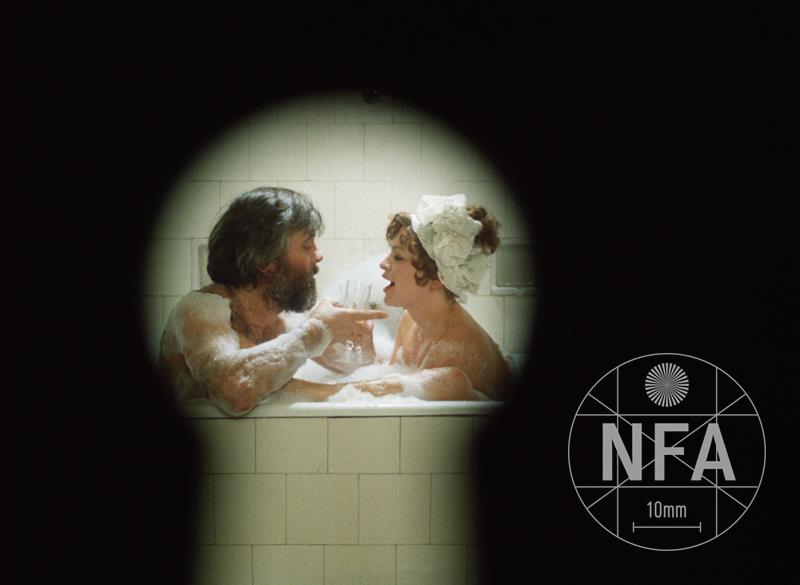 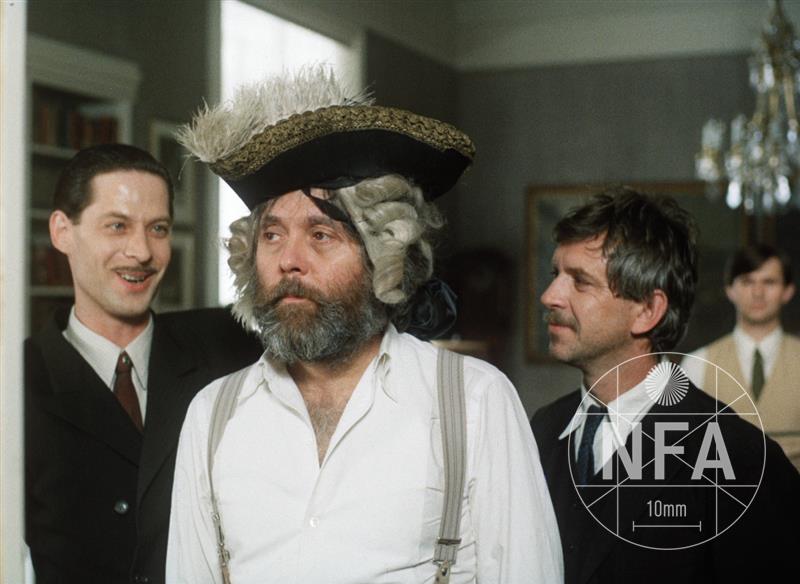