Tomáš Vorel’s Kouř (Smoke) enjoys a special position among the pictures produced by the generation of filmmakers that emerged at the turn of the 1990s. The comedy, subtitled “A musical of the totalitarian age”, has cult status with both contemporaries of its then 33-year-old non-conformist creator and viewers who were just coming of age in 1990. Vorel based Smoke on his legendary short film Ing. (1985), though only the basic plot remains in the feature version. The protagonist of the narrative is idealistic young engineer Miroslav Čáp (Jan Slovák), who starts his first job determined to fulfil his duties to the best of his abilities. However, his new colleagues don’t take their work at all seriously. Instead denunciations, favouritism, scheming, fraud, alcoholism and promiscuity are rampant. Miroslav refuses to play the game and unwittingly sparks an uprising against the incompetent management. However, both the character and makers of the film are sceptical of “revolutionary changes” for the good… Lumír Tuček of the Onwards Recital Group, which appeared in his 1988 portmanteau film Pražská 5 (Prague Five), worked with Vorel on the screenplay of this sarcastic comedy inspired by omnipresent totalitarian “smoke”. While the presentation of five Prague theatre companies in the former picture functioned as five solo projects tied together by Vorel’s direction, Smoke delivers a compact story infused with the playfully ironic perspective characteristic of Sklep, the theatre group of which the director was a member. Nevertheless, actors and other artists from other members of the Prague five – the Mimóza Mime Group, Onwards Recital Group and the Křeč ballet troupe – also left a harmonious mark on the project. In addition the cast includes the likes of Jaroslav Dušek, an actor and director from the Vizita theatre. Cinematographer Martin Duba contributed to the radical visual form of Smoke, while the songs of Michal Vích, with lyrics by Tuček, are an integral part of the picture.

A lanky young man with a cigarette is walking around the ironworks. It is gloomy; in the air is the acrid smell of smoke. Miroslav Čáp, the engineer, starts his first job. He is welcomed by the jovial engineer, Glosner who, in vain, tries to learn if he is a relative of Mr. Čáp from the ministry. Mirek is walked around the building by the head of the development department, Karel míd, a jovial gypper. Everything is grubby, even the room at the boarding house where Mirek gets accommodation. While looking for cheap cigarettes, Mirek meets Helenka, a loose and warm hearted shop assistant in the canteen and the bearded beer-drinker, Béďa, from the archives department. Mirek gets drunk with him and his friends and in the morning he sleeps over. It does not matter he comes late, anyway no one is working. At the meeting, a bloated director with a heavy Russian accent is solving the problem with air pollution. Helenka brings cheap cigarettes to Mirek, even to his room. Glosner assigns the new employee a preparation of the project for air de-sulphurization. Helenka invites Mirek to an aerobic class, but she does not practise, as she is ashamed. Later they get drunk with vodka and both fall asleep in his bed. The old maid constructor, Běhalová, tells Mirek that this project had been worked out already years ago by the engineer, Kříek. After míd turned him in, Kříek went to prison and in the end he ended up in the boiler-room. Mirek goes to the archives to find his project. He meets an attractive girl called Kitten; she invites him to a discoth?que. The local star, the coordinator of cultural activities and DJ, Arnotek, drags Mirek to the Socialist Youth Union club. But Kitten is dancing only with Arnotek. Mirek finds out thar Kříek's project was ingenious and that he cannot think of anything better. míd brings an invitation for the non-officially obligatory celebration of Women's day. The aerobic teacher, míd, welcomes Helenka, who overcame her shyness and does the exercises. In a wine bar Mirek sits down next to Kitten and some man, who quickly leaves. It is Kitten's father, the engineer Kříek. míd catches Běhalová filling in work reports for her colleagues and he cruelly beats her up. Arnotek is filming a video clip for the Women's day celebration. Kříek tries to persuade his daughter to leave for her mother, who is living abroad in emigration. The girl refuses, she wants to stay and take care of her father. In the gym, míd glimpses a half-naked Helenka and he pounces on her. The Secret Police have a "friendly talk" with Mirek and they beat him up. Běhalová forces Kříek to apply with his project again, but he is sceptical. At the Women's day celebration, a clip called The River of Life is screened and there are shots of fat gymnasts. Then there is a performance by children, with the People's Militia, commanded by míd. In the air full of smoke, the director collapses and after an asthma attack, he dies on the stairs. At the mourning meeting, míd makes fun of Mirek. He votes that the project is bad. Běhalová runs to the boiler-room for Kříek and persuades him to step in. On the way, other employees join them. Mirek attacks míd, who is protected by the militia. But the will of the people is strong, the functionaries resign and Kříek stays to hear ovations. Mirek sits with bound hands, next to míd's dead body and he lights a cigarette.

Eva Holubová acted in this film under the pseudonym Eva Paloma Váňová. 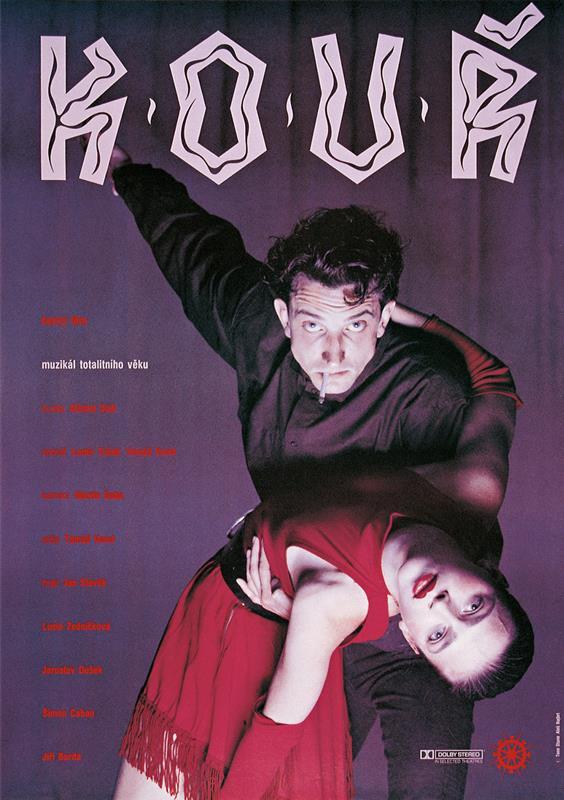 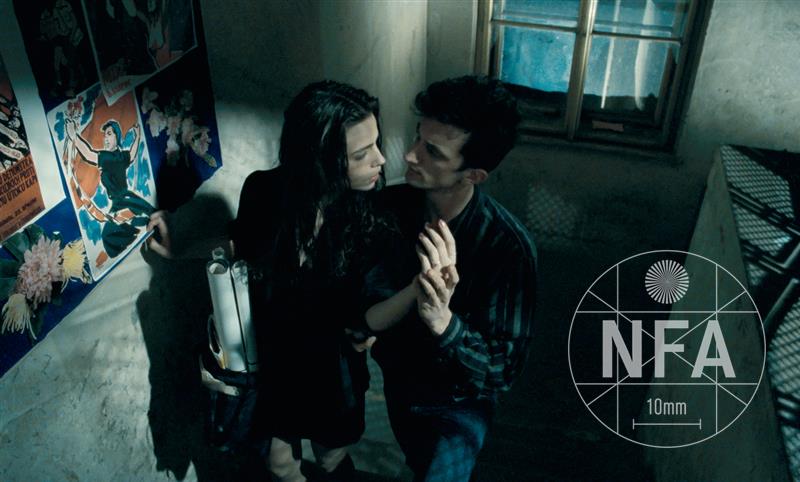 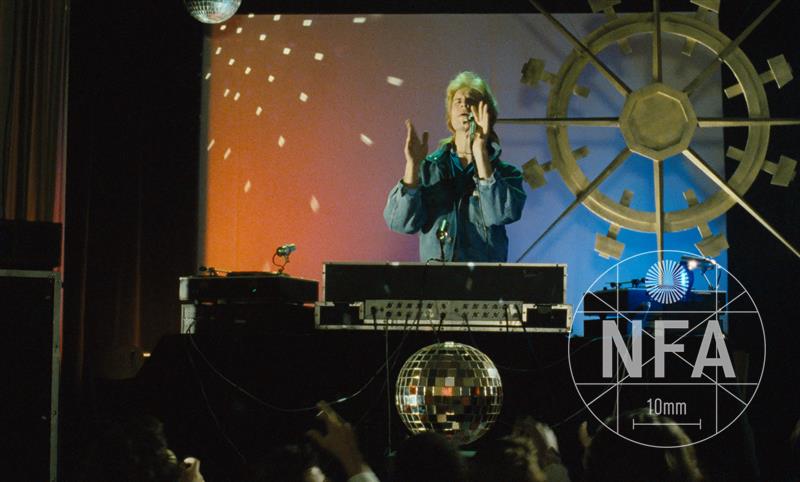 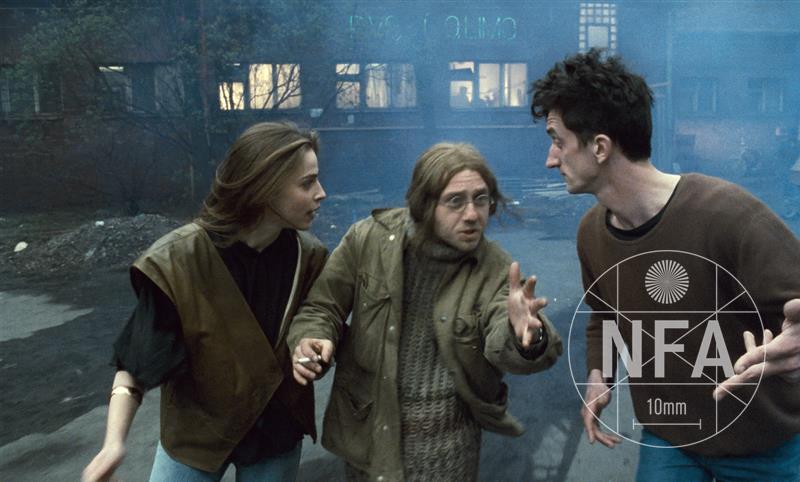 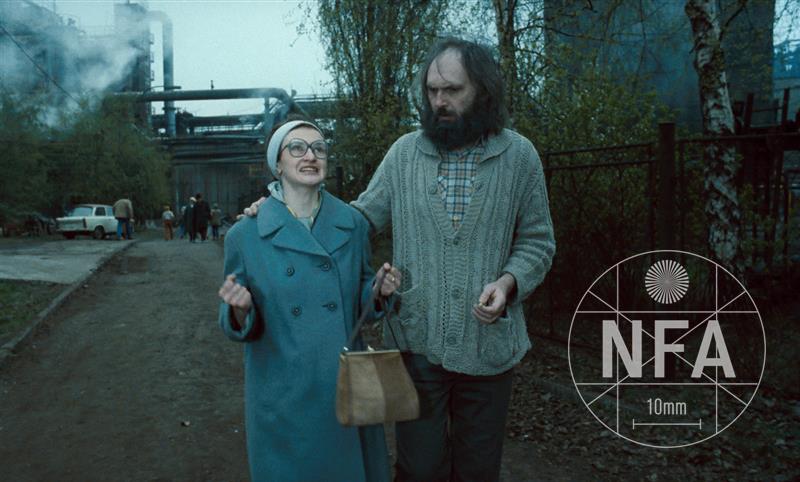 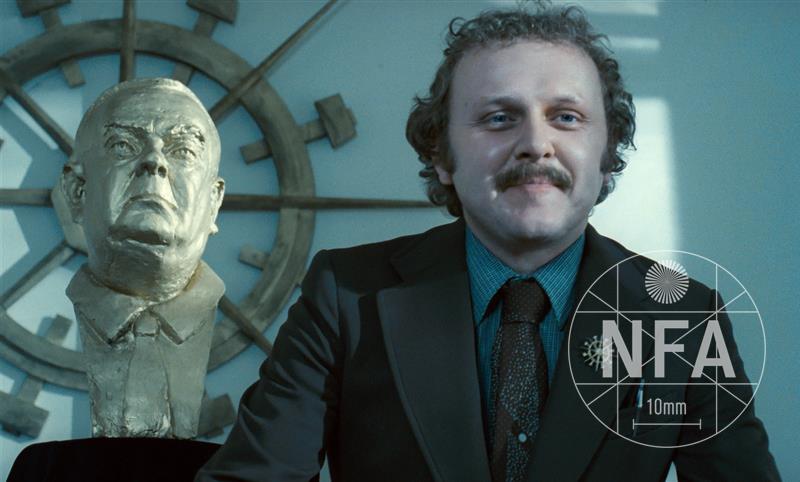 The Cult of Smoke